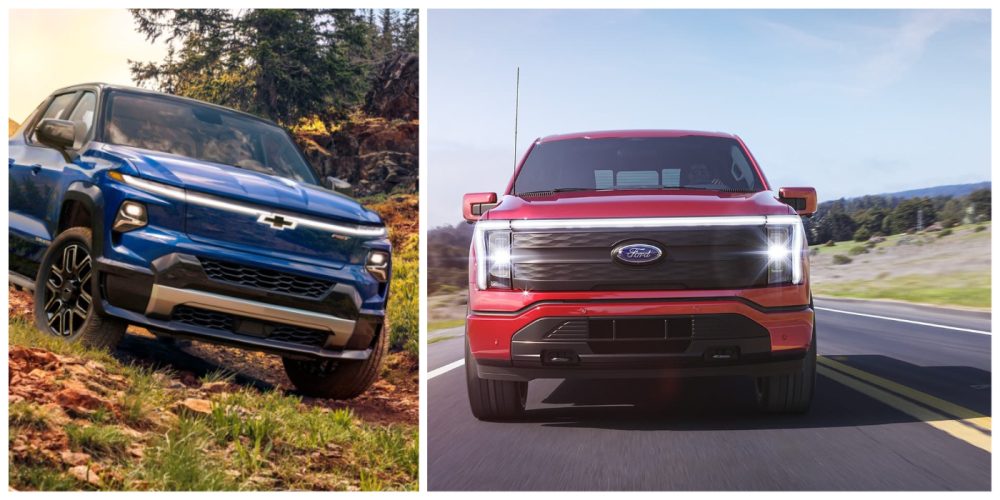 Share prices of several popular automakers are under pressure after UBS analyst Patrick Hummel warned investors Monday that the US auto industry will likely face hurdles ahead. Both General Motors (GM) and Ford (F) stock prices are down today on the news as investors grapple with what’s next for the US automakers.

As concerns over the global economy escalate, US automakers know all too well the consequences a slowdown can have on business.

Despite positive developments in the third quarter, analysts forecast the industry will put on the brakes sooner rather than later. In a research note, UBS’s global head of auto research, Patrick Hummel, wrote that “demand destruction is no longer an unexplained risk, but has begun to become a reality.”

Although demand for electric vehicles has never been higher, GM and Ford are both tied to sales of gas-powered vehicles until they can scale production and satisfy the growing consumer preference for EVs.

After almost three years of controlling prices, widening margins, and free cash flow, the auto industry may be due for a drastic change, according to analysts.

Rising costs are already starting to cut into margins as Ford has already prepared investors for an additional $1 billion in supply chain costs, causing its stock to plunge. The automaker says parts shortages and rising input costs affect high-margin segments such as trucks and SUVs.

GM described a similar situation in July, citing vehicles waiting on certain parts sitting in its inventory. That being said, both automakers have reaffirmed their earnings estimates for the year.

The auto supply chain was decimated during the pandemic and has yet to recover. As a result, GM and Ford stock prices rose to all-time highs as shortages drove new vehicle prices up, leading to higher margins. Analysts believe the situation may flip in the coming months.

What’s next for US automakers

Even though Ford is ahead of GM in terms of EV sales, UBS believes the latter will catch up, stating:

Ford’s EV execution has been solid with a steep sales curve, but GM is likely to catch up fast in 2023.

While we continue to like GM’s EV momentum in 2023 with a strong launch pipeline, the overall sector outlook for 2023 is deteriorating fast so that demand destruction seems inevitable at a time when supply is improving.

UBS downgraded Ford stock to sell while lowering GM to a neutral rating. The analysts were much more upbeat about EV leader Tesla, saying the automaker will likely continue its aggressive growth by taking cost-cutting measures.

Ford or GM, who will come out on top in the long run? UBS seems to think GM will with its EV for everyone strategy. The big question as we advance will be how well these automakers can align their portfolio to accommodate the consumer.

There’s a clear trend underway in the auto industry toward electric vehicles. GM is going all in on EVs with plans to launch an electric car for every type of driver.

On the other hand, Ford has committed to breaking up its business into three segments to support its transition – one segment for gas-powered vehicles, one for EVs, and another for its business tools. The latter two will both be used to boost growth and production of the company’s EVs.

GM’s Ultium Platform will likely be a game changer for the automaker, supporting a wide range of electric vehicle models and sizes.