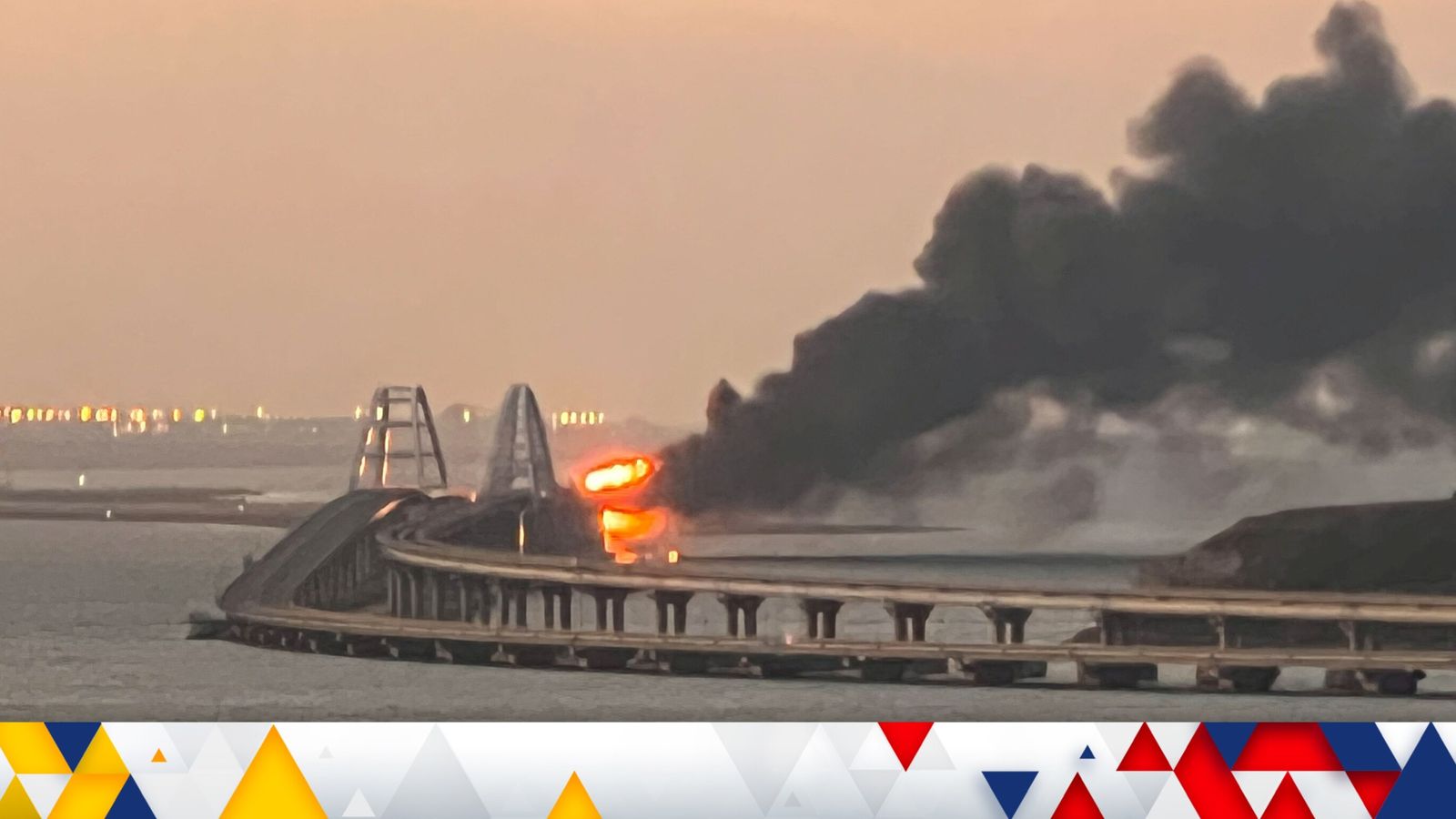 Vladimir Putin has said Monday’s deadly missile strikes targeting cities in Ukraine were in retaliation for its “terrorist action” against Russian territory.

Cities including Lviv, Ternopil, Dnipro, Zhytomyr, and Zaporizhzhia were targeted, with eight people killed and dozens injured in the capital Kyiv.

Mr Putin said the strikes were in retaliation for an attack on the Kerch Bridge which links Russia to the annexed Crimean peninsula.

And he claimed Ukraine had also “tried to blow up” the TurkStream natural gas pipeline.

Speaking at a meeting of Russia’s Security Council, he added: “If attacks continue against Russia, the response will be harsh.

“The responses will be of the same scale as the threats to Russia.

“In the event of further attempts to carry out terrorist acts on our territory, Russia’s response will be harsh.”

Ukraine’s National Police said at least 10 people were killed in the strikes and 60 injured nationwide.

Ukrainian president Volodymyr Zelenskyy said in a video post that showed him outside his office: “They want panic and chaos, they want to destroy our energy system. 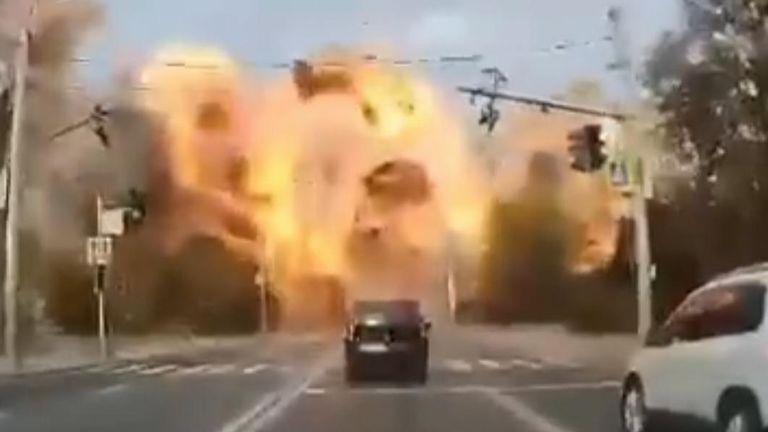 “The second target is people. Such a time and such targets were specially chosen to cause as much damage as possible.”

“This morning, 75 missiles were launched. 41 of them were neutralised by our air defence,” General Valeriy Zaluzhnyi, Commander-in-Chief of the Ukrainian Armed Forces, wrote on Twitter.

Ukraine has denied any involvement in the bridge attack.

Mykhailo Podolyak, an adviser to President Zelenskyy, tweeted: “Putin accuses Ukraine of terrorism? Sounds too cynical even for Russia.

“Less than 24 hours ago (Russian) planes hit residential area of Zaporizhzhia with 12 missiles, killing 13 people and injuring more than 50.

“There is only one terrorist state here and the whole world knows who it is.”