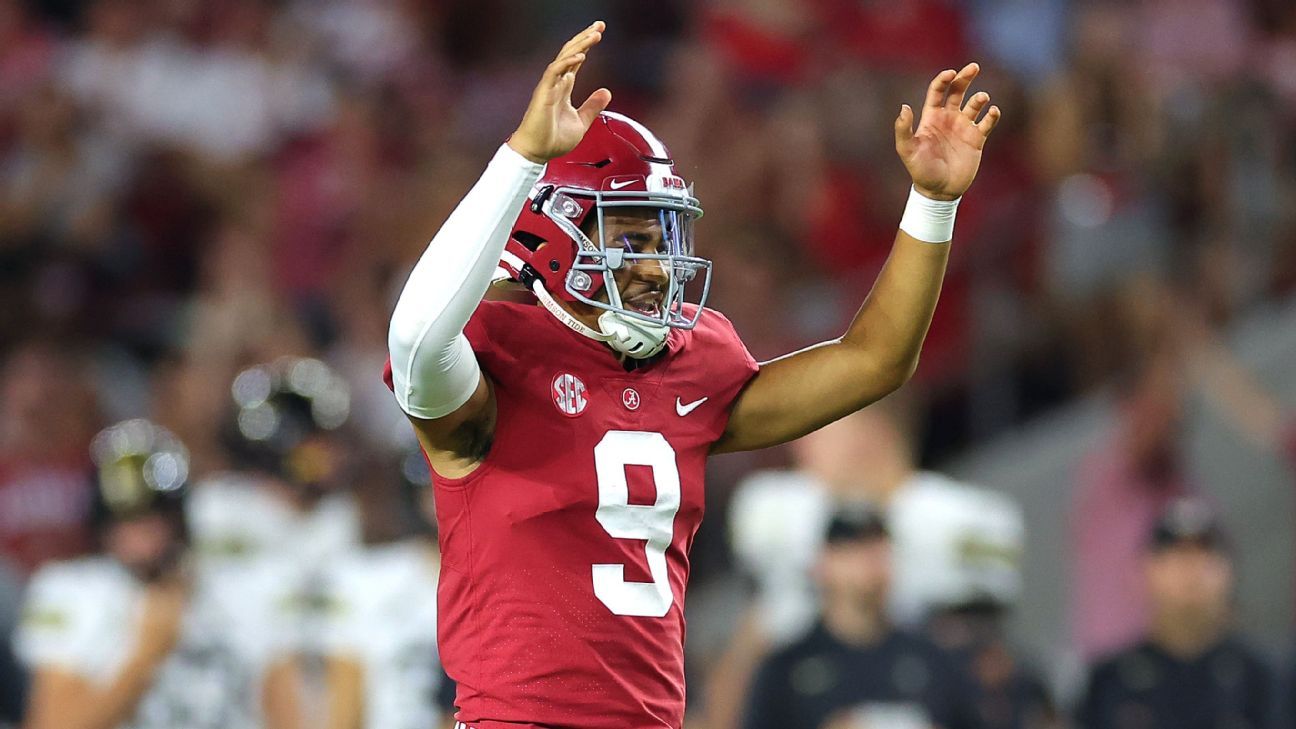 Young, who missed last weekend’s win over Texas A&M with shoulder soreness, was re-evaluated by the training staff on Monday.

“Hopefully we’re going to try to get him ready to play this week,” Saban said. “But this is something nobody can predict how he’ll quickly he’ll get an opportunity to do what he needs to do.”

Saban said he thought Milroe played “with a lot of anxiety.”

“I don’t think he allowed himself to let his training sort of guide him and trust and believe in it so he can have success in executing plays,” he said. “You can’t turn the ball over and not execute plays like they’re designed. … So those things are all things that we definitely need to improve on.”

Regardless of who starts at quarterback, Saban said the entire offense needs to improve, whether that’s the line or the receivers.

Saturday’s game at Tennessee promises to be the most competitive of the season for Alabama with both teams undefeated and ranked in the top 10.

The Vols are No. 1 in yards per game and No. 2 in points per game nationally, but the Crimson Tide defense has given up the sixth fewest points and yards per game.