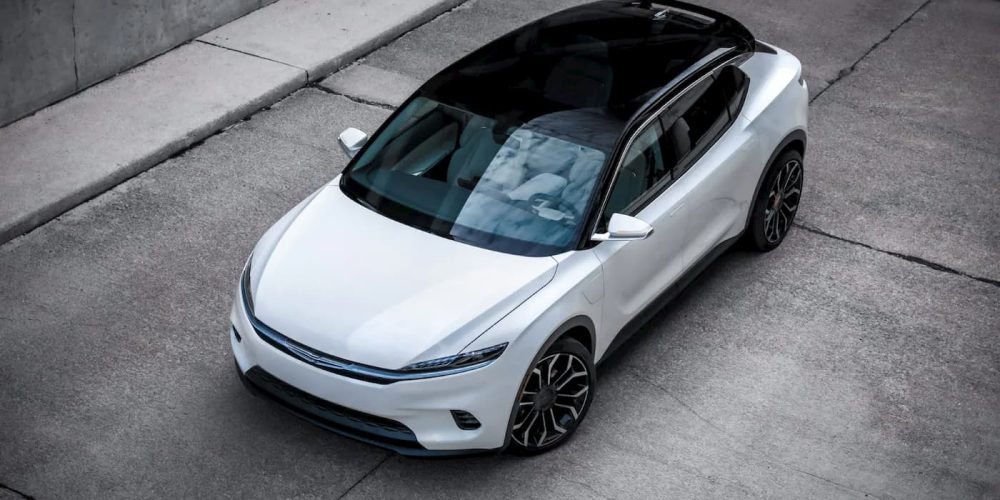 As the race to catch current EV leader, Tesla, heats up, an unlikely contestant is about to emerge, according to Chrysler’s CEO Chris Feuell. The automaker’s CEO argues Chrysler has what it takes to go after the electric vehicle pioneer.

Chrysler has a rich history in the auto industry, playing a pivotal role as one of the “big three” American automakers, along with Ford and GM.

After officially forming in 1925, Chryslers low priced Plymouth brand helped grow the automaker into a powerhouse during the recession. However, since then, the company has had its fair share of struggles that have led to an image of instability.

On the edge of bankruptcy in 1980, President Jimmy Carter approved a loan for Chrysler worth nearly $1.5 billion. The bailout stimulated Chrysler as the automaker invested in full-size models, proving to be a success as it paid its loan back seven years early.

However, rising gas prices shifted consumer buying habits as people looked for smaller, more efficient options. By the end of 2008, the financial crisis sent shock waves through the global economy, and the big three’s market share had shrunk from 71% in 1998 to around 47%.

Chrysler was, once again, forced to ask for a government bailout. After repaying the loan in 2011, the US Treasury sold its shares to Fiat, which later bought the remaining shares to become known as Fiat Chrysler.

In 2021, a deal with PSA solidified Fiat Chrysler as a part of the newly established auto group, Stellantis.

The auto industry is under a significant transition, one of the largest the industry has been through, as automakers strive to catch Tesla and solidify their role in the future of transportation with electric vehicles. Despite being the first brand under the Stellantis umbrella to offer a plug-in hybrid, the Chrysler Pacifica, the brand has no full EVs to speak of yet. How does Chrysler plan to take on Tesla without a single fully electric model?

In January, Chrysler revealed its plans for an all-electric future, giving us a glimpse into the company’s future with its Airflow crossover concept while vowing to have a full EV lineup by 2028.

The Airflow EV concept, according to the automaker, is what “the future looks like to Chrysler,” with a powerful range (up to 400 miles), level 3 autonomous driving capabilities, and “groundbreaking” digital technology.

The idea is to appeal to young urban drivers, like the PHEV Pacifica, says Feuell.

Everyone’s going after Tesla. But I think Chrysler is the one brand in the portfolio that has the capability to do that, because we’ll be hyper-focused on just a BEV offering, the design themes, and we saw a little bit of it when you saw the Airflow design. It’s very aero and contemporary with thoughtfully appointed technology that helps make the driving experience easier, better and safer. And I think that we’ve got a real shot at taking on Tesla.

According to The Detroit News, Chrysler’s image as an innovator has faded over the years, but some believe they can get back to their old ways. Sam Abuelsamid, the principal e-mobility analyst at Guidehouse Insights, states:

If Chrysler can introduce some EVs that really highlight that and get them back in that space, it’s not the craziest idea. There’s some possibilities there, but they have to really execute.

Chrysler’s brand has always been aspirational, but accessible when it comes to price. Demographically, it appeals to an under-40 demographic that is a sweet spot for electric vehicles and has been for Tesla.

He adds if Chrysler truly wants to take on Tesla, it needs to generate “demand out of the gate” and can’t afford to delay its electric vehicles any further.

Taking on Tesla is a tall task for any automaker, in my opinion, but for a company with no fully electric vehicles to claim they have what it takes is pretty bold.

Chrysler, being under the Stellantis umbrella, where other brands such as Fiat and Peugeot are far ahead in terms of EV offerings, should help the automaker get its footing.

At the same time, Tesla continues breaking its own electric delivery records with 343,000 EV deliveries in Q3 alone. On top of this, Chrysler is not the only one with its sights set on Tesla’s electric market. Nearly every other automaker is trying to outpace Tesla as the EV pioneer continues executing.