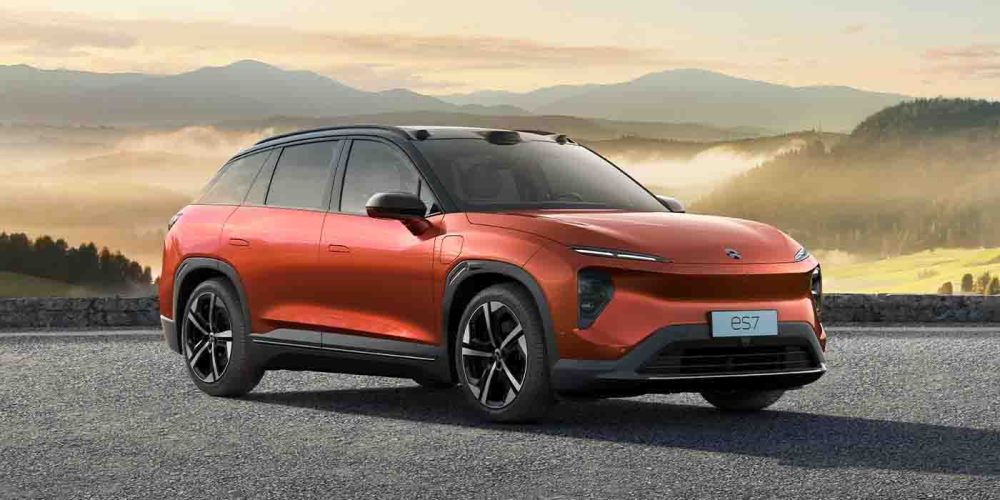 As three premium EV models from NIO make their way to new markets in Europe, the Chinese automaker has already shared intentions to bring its second brand – still unnamed – overseas following its initial launch in China in 2024. The second NIO brand is expected to be a friendlier-priced, mass-market marque to further compete with other automakers in Europe.

NIO ($NIO) is a publicly-traded EV automaker founded in 2014 that currently sits as one of the leading electrified brands in China thanks to early success of its ES8, ES6, and EC6 SUVs.

In May of 2021, the automaker announced plans to expand to markets outside of China, beginning in Norway. Germany was soon announced as NIO’s next target in Europe, and the first outside of China that will receive deliveries of its ET7 sedan.

During the launch of its second EV sedan, the ET5 last December, NIO shared plans for additional expansion in Europe, including the Netherlands, Sweden, and Denmark. Additionally, the automaker said it intends to have a presence in 25 different countries and regions by 2025.

So far, details surrounding expansions through Europe and beyond have only included NIO-branded premium EVs, although the automaker has been developing a second, mass-market EV brand confirmed back in 2021.

Still unnamed, this more affordable brand has been codenamed “ALPS” and is scheduled to launch in mid-2024. Most recently, we have learned that following its launch in China, NIO intends to bring this second EV brand to Europe to compete with more legacy automakers overseas.

NIO to sell second EV brand in Europe, but what about a third?

According to a recent statement by NIO president and cofounder Lihong Qin, the company will bring its mass-market EV brand to Europe a few months after it launches in China in 2024. Since originally confirming its second brand is in the works, NIO has often compared its relationship with “ALPS” to Volkswagen and Audi, or Toyota and Lexus.

The new brand’s entry into Europe will also see a different market strategy compared to what NIO is currently rolling out, Qin explained, stating that the more affordable “ALPS” brand will target countries in Europe with higher sales of mass-market cars. Unlike Germany where premium local brands like Mercedes-Benz, Audi, and BMW rule. Per Qin:

It’s better to start with France, Italy, and Spain because of the different penetration structure of the market.

The countries above will join NIO’s growing list of markets in Europe as the automaker has already revealed plans for Austria, Belgium, Luxembourg, the UK, and Switzerland, in addition to markets it has already begun sales in. ET7 deliveries should be starting this month, followed by the aforementioned ET5 and the renamed EL7 (aka ES7) SUV in March of 2023.

With confirmed plans for NIO’s second brand coming to Europe, we can’t help but wonder if the Chinese automaker with follow suit with its third brand – previously codenamed Firefly, but most recently referred to as Himalaya. NIO has not publicly confirmed this third brand yet, but it has been reported in China with an aim for even friendlier pricing than “ALPS,” somewhere between RMB 100,000-200,000 ($14,000-$28,000).

For now, NIO has plenty to keep itself busy with its two confirmed EV brands, one of which it still needs to name. As the company expands through Europe, we will be sure to learn more about its future plans and price points.

The Renault Twizy electric funmobile to be succeeded by this new electric quadricycle
Is Audi going to build its first US EV assembly plant?