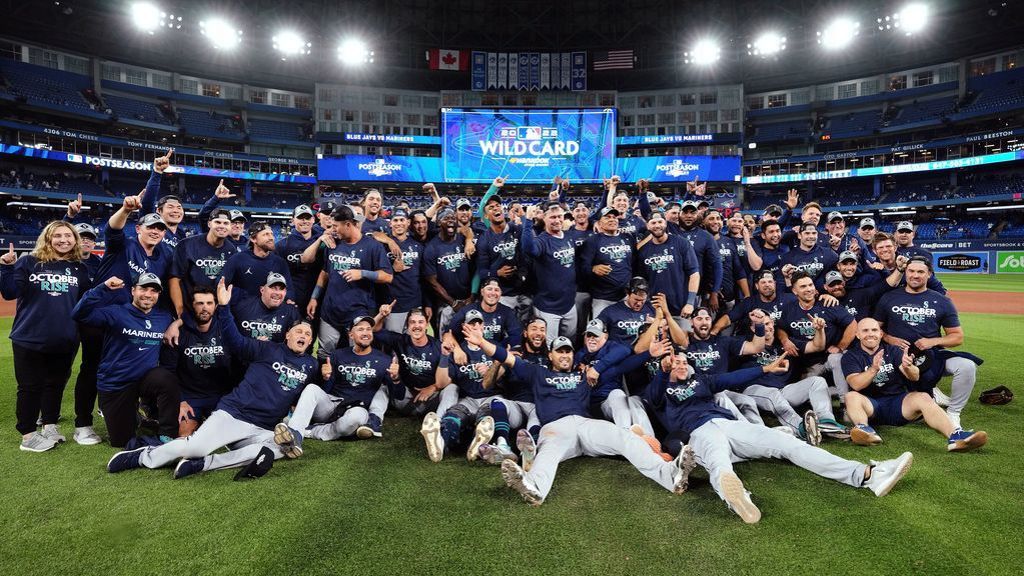 TORONTO — Fueled by an improbable comeback, the

Meanwhile, after battling the past month to host an AL wild-card series inside their typically raucous ballpark, the Blue Jays’ season abruptly came to an end.

Expectations had been high for Toronto to go on a long playoff run. They were based largely on the team’s offensive success in the final weeks of the regular season. After the Blue Jays went 13-14 across the month of August, they rallied through the rest of the schedule.

Toronto was 22-11 in its final 33 games, and even took five of the six games that immediately preceded the postseason. A win at Baltimore last Monday clinched the AL’s top wild-card spot and home-field advantage in the round for Toronto.

Toronto got off to a fast start in Game 2. Teoscar Hernandez hit a two-run homer in the second and a solo drive in the fourth against Robbie Ray, who won the AL Cy Young Award while pitching for the Blue Jays last year. Hernandez joined teammate Danny Jansen and former Toronto slugger Jose Bautista as the only Blue Jays players with multihomer games in the postseason.

After Ty France scored on Tim Mayza‘s wild pitch in the sixth, Carlos Santana gave Seattle’s comeback a big boost with a three-run homer. Jansen made it 9-5 with an RBI single off Penn Murfee in the seventh, but Toronto’s bullpen couldn’t close it out.

Anthony Bass gave up hits to all three batters he faced in the eighth, including Raleigh’s RBI single, forcing interim Blue Jays manager John Schneider to call on Romano for a six-out save. Romano gave up a single to Frazier and struck out Santana and Dylan Moore, but Crawford tied it with a first-pitch double.

Ray, who signed a $115 million, five-year contract with Seattle in November, allowed four runs and six hits in three-plus innings.

These playoff games were the first held at Rogers Centre since 2016, when the Blue Jays lost in five games to Cleveland in the American League Championship Series. Cleveland went on to lose the World Series to the Chicago Cubs.

Toronto did appear in the 2020 wild-card series, also getting eliminated in two games. The higher-seeded Tampa Bay Rays hosted that series, which happened during a stretch of COVID-impacted seasons that had the Blue Jays playing home games at their spring training facility in Dunedin, Florida, and their Triple-A affiliate’s home park in Buffalo, New York.

The Associated Press and ESPN’s David Purdum contributed to this story.