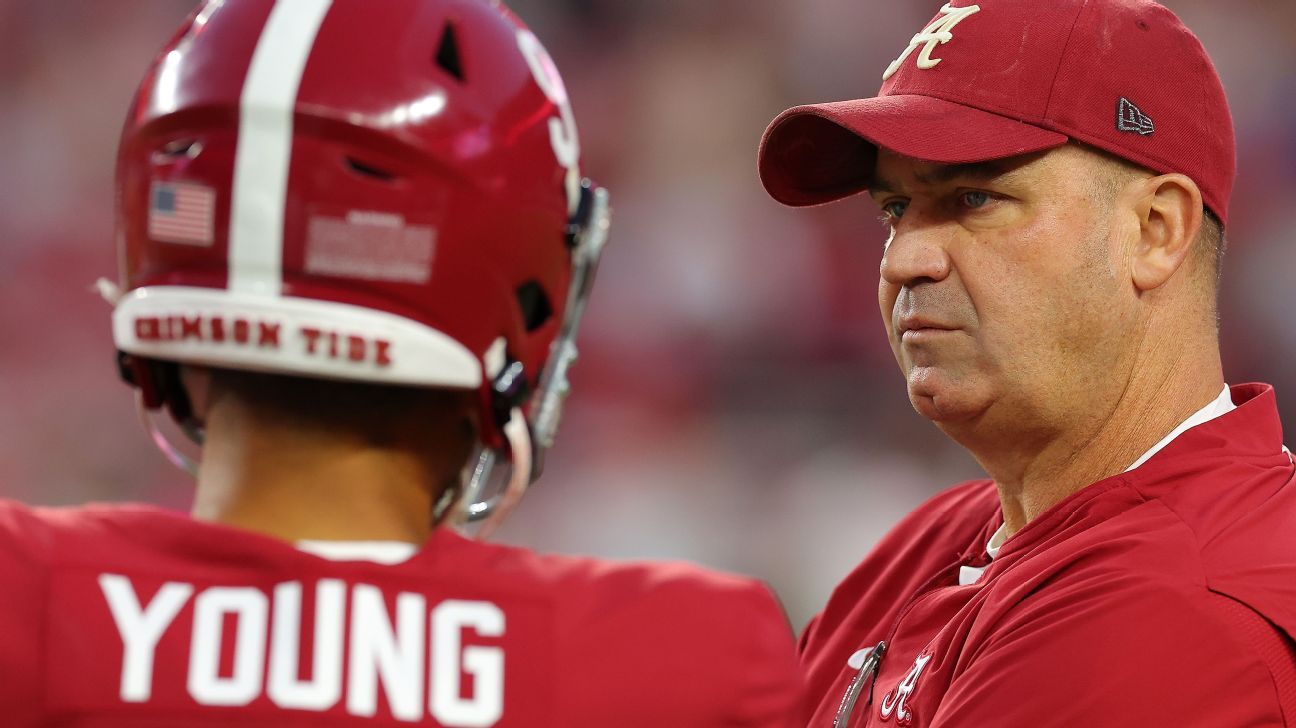 TUSCALOOSA, Ala. — Alabama star quarterback Bryce Young did not start Saturday night’s game against Texas A&M as he continues to deal with shoulder soreness in his throwing arm.

Young dressed out and was one of three team captains for the game but did not attempt any passes during pregame warm-ups. Shortly before kickoff, Young was announced in the stadium as the starter.

Instead, Jalen Milroe, who scored two touchdowns in relief of Young during last weekend’s win at Arkansas, got the start.

Young, the reigning Heisman Trophy winner and a possible first-round pick in next year’s NFL draft, was injured during the first half at Arkansas when he scrambled, was tackled and landed on his throwing shoulder.

Saban told ESPN on Thursday that there was no structural damage done to Young’s shoulder. Saban said the injury is not expected to keep Young out long term.

Young took reps at practice this week but was limited throwing the football.

Saban consistently said throughout the week that Young’s availability would be evaluated daily and that the decision whether or not to play would be done in consultation with Young and the medical staff.

“He’s the only one who knows how he feels because it’s going to be a pain-tolerance thing,” Saban said on Thursday. “He’s a tough kid and great competitor. We’ll see where he is on game day.”

No. 1 Alabama goes on the road to No. 8 Tennessee next Saturday.

Best of Week 6: TCU-Kansas lives up to the hype, overshadows Red River
M’s rally from 7 down to beat Jays, reach ALDS