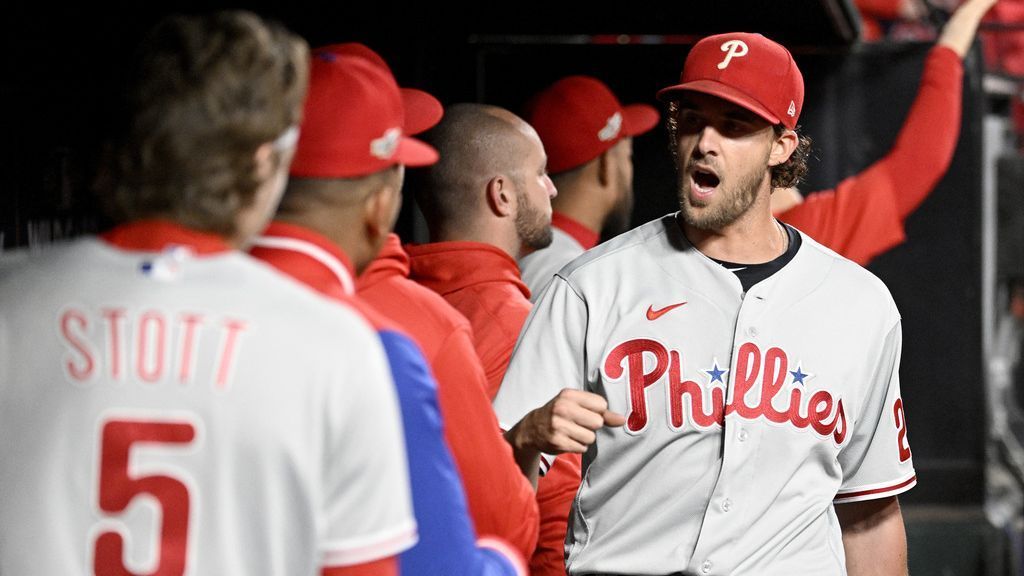 Nola struck out six and walked one on 101 pitches before leaving with two outs in the seventh. Jose Alvarado then retired Molina on a popup, stranding a runner on first. Seranthony Dominguez struck out MVP candidates Paul Goldschmidt and Nolan Arenado to wiggle out of a two-on, one-out jam in the eighth.

The victory also avenges the Phillies’ loss to the Cardinals in the decisive game of that 2011 NLDS, highlighted by an epic pitchers’ duel between Chris Carpenter and Roy Halladay.

Cardinals president of baseball operations John Mozeliak, speaking before the start of this series, called that a “fork in the road.” The Cardinals went on to win that year’s World Series, leading up to Tony La Russa announcing his retirement and Pujols leaving to join the Los Angeles Angels. The Phillies, meanwhile, navigated a 10-year postseason drought. Their dynamic core — of Chase Utley, Jimmy Rollins and Ryan Howard, among others — aged out, triggering a rebuild that didn’t bear fruit as quickly as the fan base hoped.

Joe Girardi replaced Gabe Kapler as the manager for the start of the 2020 season and Dave Dombrowski took over as the head of baseball operations a year later, but the Phillies continued to fade down the stretch and blow opportunities at the playoffs. The stakes were further ratcheted up heading into 2022, when the Phillies splurged a combined $179 million on Nick Castellanos and Schwarber, putting them on track to exceed baseball’s luxury-tax threshold.

But they began the season with a 22-29 record, already 12½ games back in the NL East, prompting Dombrowski to replace Girardi with bench coach Rob Thomson. Under Thomson’s calm demeanor, the Phillies suddenly took off, winning 14 of their next 16 games. By the end of August, they were 15 games above .500 and in firm position in the NL wild-card standings. They lost 10 of their last 14 in September, putting them at risk of losing a spot to the Milwaukee Brewers, but they won three of their first four in October to finally clinch.

The Phillies overcame a managerial change; major struggles from Castellanos; a prolonged absence from the reigning NL MVP, Harper, who missed about two months because of a thumb injury and was relegated to designated hitter for most of the year because of a troublesome elbow; and the loss of their ace, Zack Wheeler, for most of September. But Schwarber led the league in home runs; J.T. Realmuto continued to perform like the game’s best catcher; Wheeler and Nola once again provided them with a dynamic pairing at the top of their rotation; and Jose Alvarado and Zach Eflin emerged as a strong back-end duo.

“It was a lot of challenges thrown at us over the course of the year, where I don’t know that I’ve ever been part of a team or something like that that has gone that many ways against us,” Schwarber said before the start of the playoffs. “I think the biggest thing that you can be proud of is you see how this whole group came together closer, because that was the only way that we were going to be able to keep us in the hunt.”

In Game 1 on Friday, the Phillies got a strong performance from Wheeler and improbably strung together six ninth-inning runs — on zero extra-base hits — to stage a thrilling come-from-behind victory, stunning a sold-out Busch Stadium crowd. In Game 2, Nola turned in the latest brilliant outing, giving up a single to Lars Nootbaar to lead off the game before blowing through the rest of the St. Louis lineup.

The Cardinals’ elimination triggers the retirements of Pujols and Molina, dear friends who became icons in this city. Pujols, who returned to the Cardinals for his age-42 season, suddenly reemerged as one of baseball’s most feared sluggers in the second half, putting together a .323/.388/.715 slash line and reaching the 700 home run milestone. During that stretch, Molina and Adam Wainwright, who has yet to announce his retirement, set the record for most starts as batterymates with 325.

The Cardinals, under first-year manager Oliver Marmol, reached the playoffs by winning their fifth NL Central title in 10 years. They were bolstered largely by Pujols’ second half, along with MVP-caliber seasons by Goldschmidt and Arenado, a strong defense, a dominant closer in Ryan Helsley and a pitch-to-contact starting rotation that was well-suited for spacious Busch Stadium. Mozeliak called 2022 “a magical year for the St. Louis Cardinals.” But it ended abruptly under Major League Baseball’s new, expanded postseason format — in 18 innings.