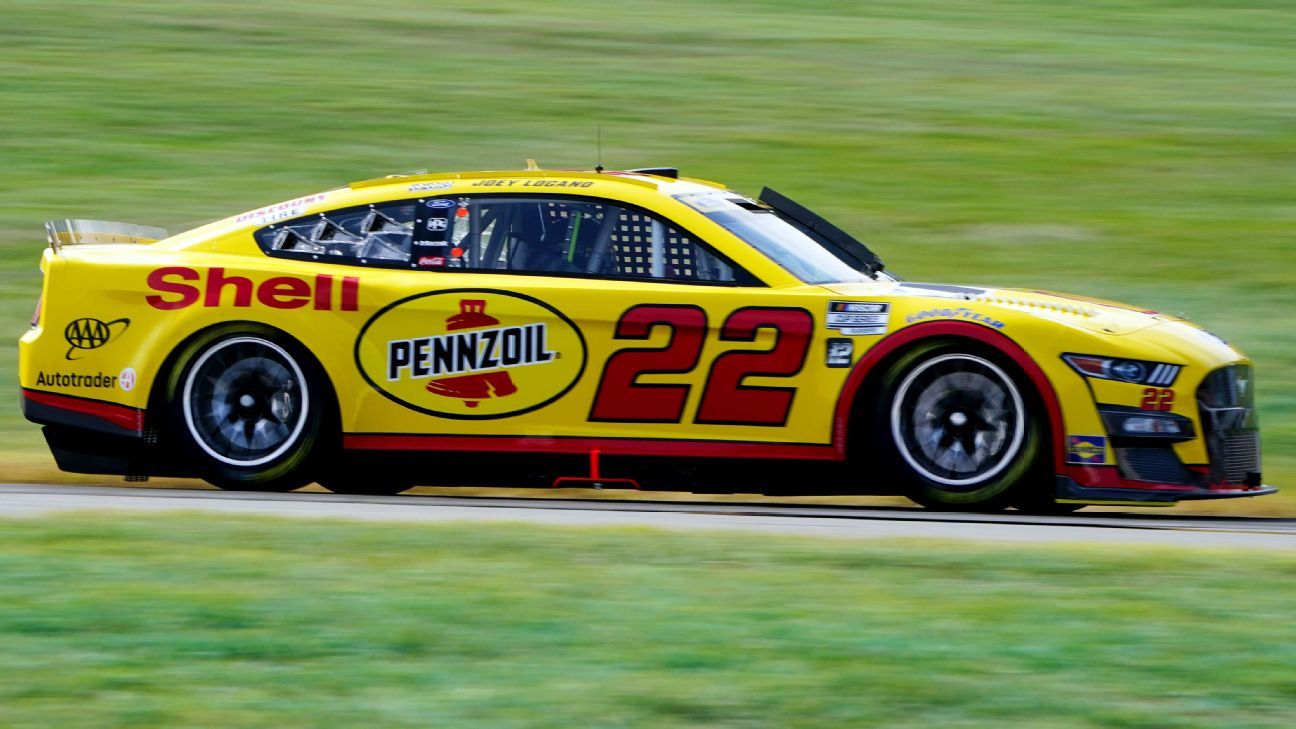 CONCORD, N.C. — Joey Logano won the pole for Sunday’s NASCAR Cup Series race on The Roval at Charlotte Motor Speedway with a lap of 103.424 mph, earning the top starting spot for the third time this season.

William Byron, who earned 25 points back from an appeals committee this week that keeps him in the championship race, qualified second and was followed by Daniel Suarez as playoff drivers took the top three spots.

Tyler Reddick and Austin Cindric, who is below the cutline and in danger of elimination on Sunday, completed the top five. Playoff driver Ross Chastain veered off course during the final round of qualifying and damaged his Chevrolet, which was being repaired so he would not need a backup car.

Chastain heads into Sunday’s playoff race ranked third in the standings, needing to finish ninth or better to automatically advance into the next round. Suarez is seventh in the standings, 12 points above the cutline needing a finish in the top eight to guarantee he advances.

The field will be trimmed from 12 to eight but really only three drivers will be dropped: Alex Bowman is sidelined for a second consecutive week with a concussion and will be eliminated.

The four drivers below the cut line in danger of elimination are Chase Briscoe, Cindric, Christopher Bell and Bowman. Noah Gragson is replacing Bowman for a second consecutive week.

The No. 78 Live Fast Motorsports Ford for Josh Williams was not permitted to qualify after three failures in prequalifying inspection. IndyCar driver Conor Daly’s Cup debut got off to a rough start when the No. 50 The Money Team Racing Chevrolet failed inspection twice and Daly brushed the wall in practice.