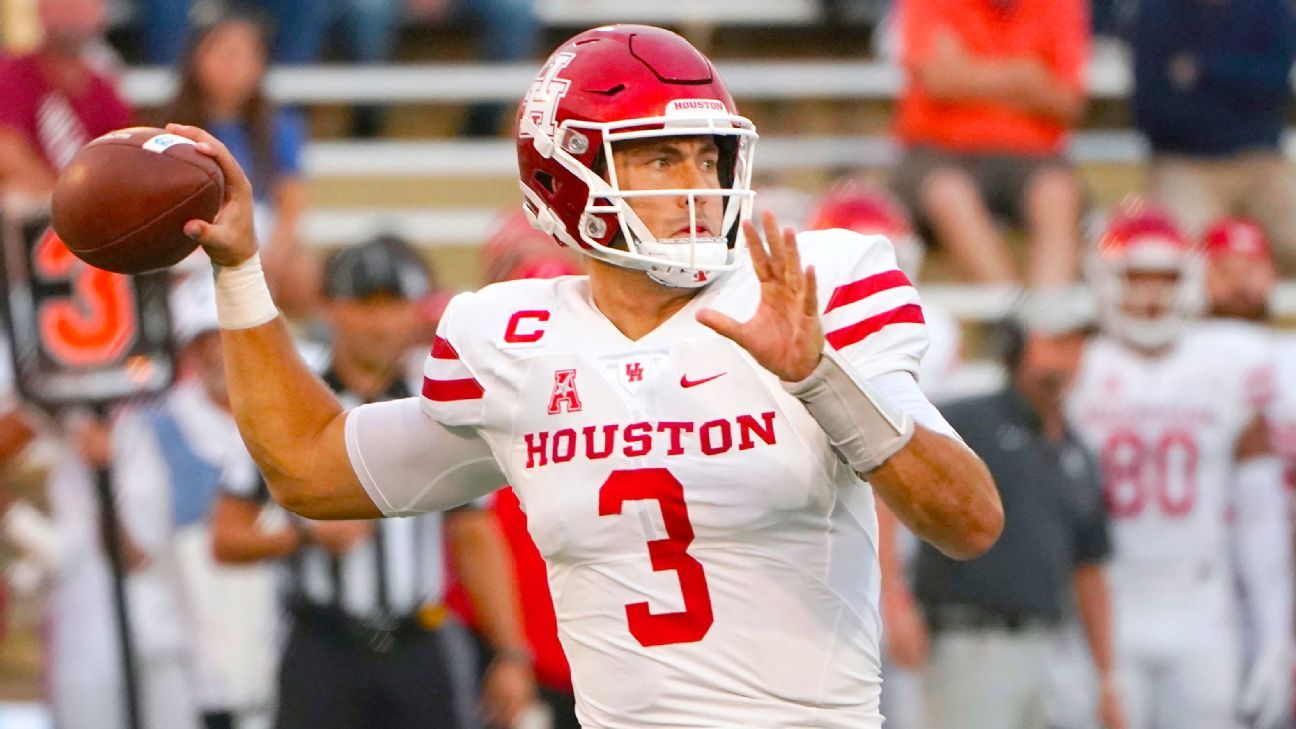 Houston (3-3, 1-1 American Athletic Conference) has won two straight against Memphis (4-2, 2-1) since ending a five-game losing streak to the Tigers in a 31-13 home win last season.

Tune finished 36-of-57 passing for 366 yards with three touchdowns. Sam Brown had nine receptions for 116 yards, and Nathaniel Dell made 10 catches for 81 yards and a score. Carter had four receptions for 36 yards.

Memphis looked to be headed toward an easy victory when Seth Henigan threw a lateral to Gabriel Rogers near the sideline. Rogers then avoided three defenders and ran back toward the logo and lofted a pass to Asa Martin in the end zone for a 41-yard touchdown that stretched the Memphis lead to 26-7 with 14:50 remaining.

Jayce Rogers returned a kickoff 100 yards for a touchdown midway through the fourth quarter for Houston, but Chris Howard made his fourth field goal, a 39-yarder, to push the Tigers’ lead to 32-19 with 4:04 to play.

Henigan completed 21 of 32 passes for 241 yards for Memphis.