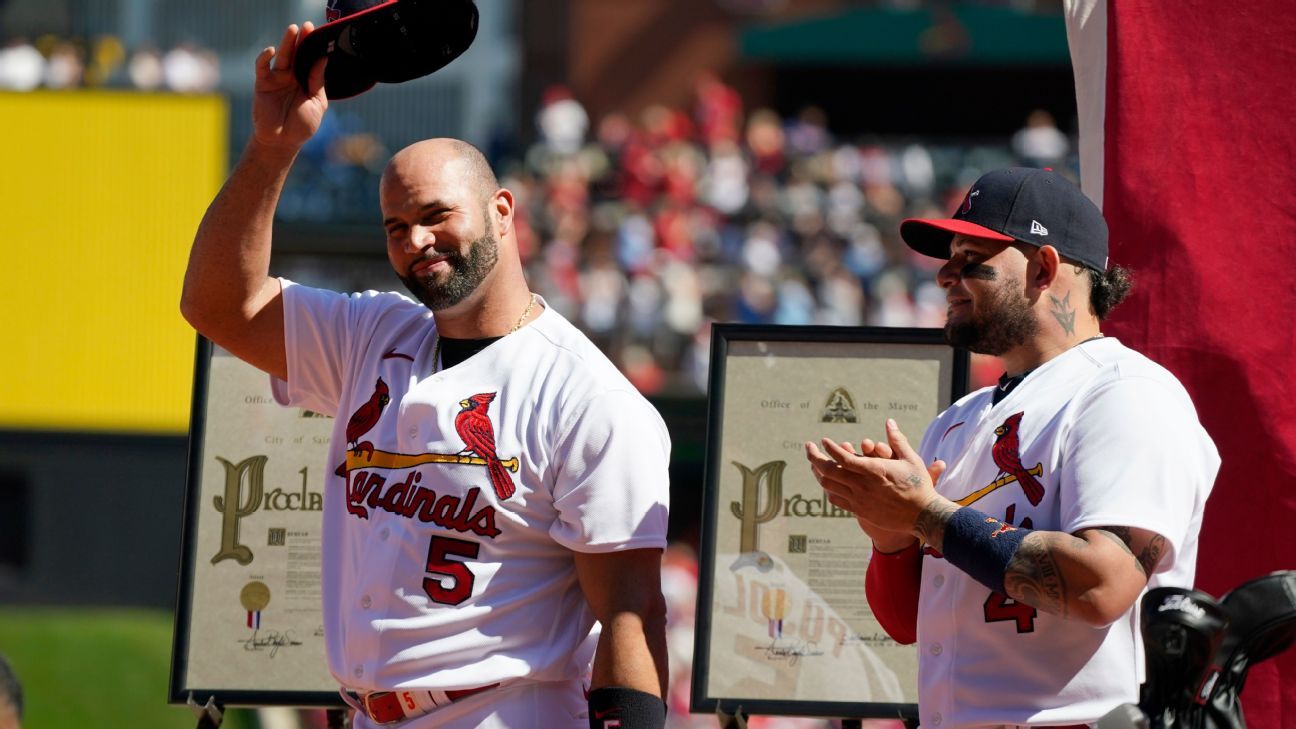 St. Louis Cardinals slugger Albert Pujols said he almost called it quits this summer before going on a tear that helped him become just the fourth player in major league history to reach 700 career home runs.

Pujols told MLB.com in a story published Thursday night that he contemplated an early retirement in June after another rough start to the season. The future Hall of Famer was slashing .198/.294/.336 and had hit just four homers with 17 to go to hit 700.

“No, I did, I swear I did,” Pujols said of weighing retirement. “There were some times when I [asked] myself that, many times.”

But after tweaking how he was holding the bat in early July, something clicked. Pujols went on to slash .314/.377/.681, becoming one of the best hitters in baseball to close the season while mashing 20 homers in just over three months.

“When you have good people around you and they are encouraging you and you realize that God has opened so many doors for you, man, it puts things back into perspective,” Pujols told MLB.com. “I decided, ‘I’m going to stick with it!’ I knew sooner or later it was going to come and turn around for me, because it can’t be like it was all year long.”

Pujols returned to the Cardinals this offseason with the intention to retire after the season, a plan he says he will stick to despite the stellar year. Cardinals president of baseball operations John Mozeliak said he was happy Pujols’ retirement didn’t happen earlier.

“We were aware that there were some difficult times, but we are so glad that he was able to marshal through it,” Mozeliak told MLB.com.

The Cardinals are set to host the Philadelphia Phillies in a wild-card series that begins Friday at Busch Stadium.