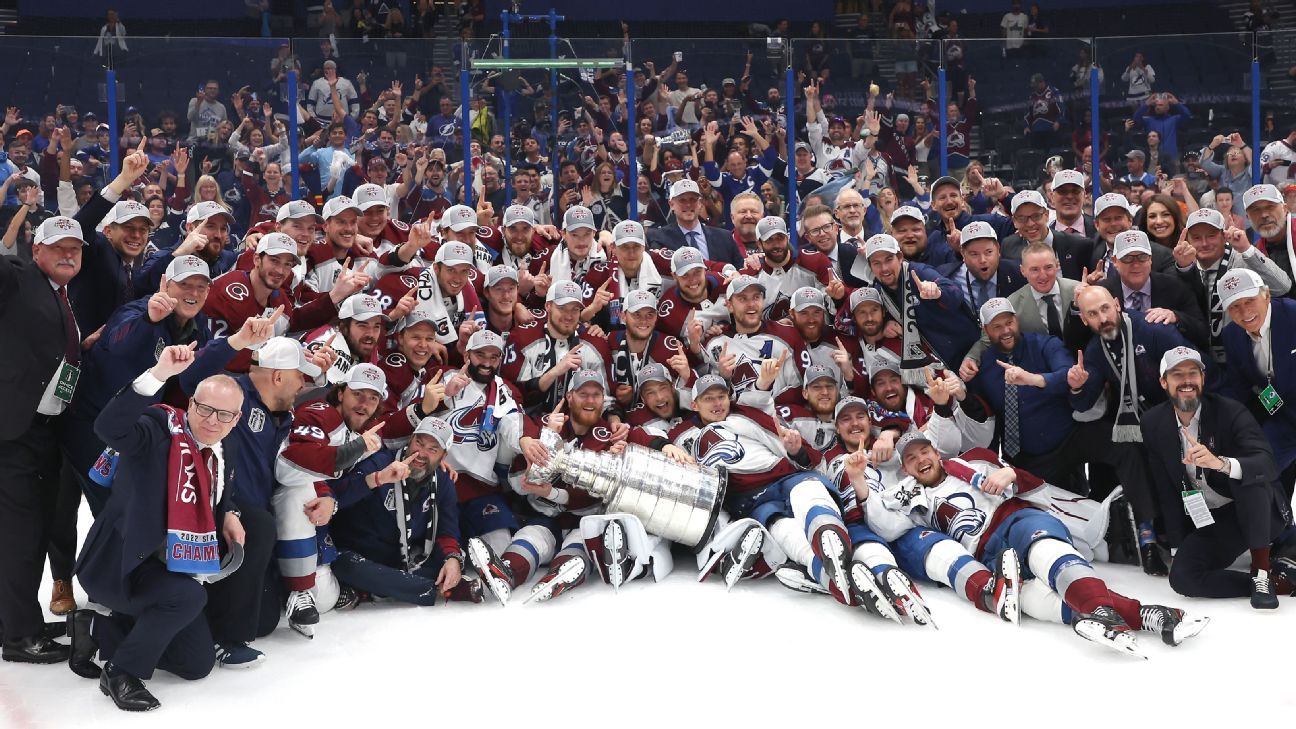 The Boston Bruins fired coach Bruce Cassidy and hired former Dallas Stars head coach Jim Montgomery. Cassidy was hired by the Vegas Golden Knights to replace Pete DeBoer, who took over the Dallas Stars after they moved on from Rick Bowness. The Winnipeg Jets hired Bowness as their new head coach, while Paul Maurice, who stepped down from the Jets during last season, took over the Florida Panthers from Jack Adams finalist and interim coach Andrew Brunette, who is now an associate coach with New Jersey.

Finally, in the move everyone expected, John Tortorella left the ESPN studio to move back behind the bench, bringing his particular brand of whimsy to the Philadelphia Flyers.

Washington Capitals star Alex Ovechkin scored 50 goals for the ninth time in his career to tie an NHL record, but it’s another record he continues to have in his sights: Wayne Gretzky’s NHL career mark of 894 goals. Ovechkin sits third all-time with 780 goals, with a chance to pass the legendary Gordie Howe (801) this season.

Next moves for Kane, Toews

The Chicago Blackhawks are in a full-on rebuild, while franchise stars Patrick Kane and Jonathan Toews are entering the final years of their contracts ahead of unrestricted free agency. Both have trade protection and neither one has indicated their intentions for the future. Expect a robust trade market for Kane, with the New York Rangers and a potential reunion with Artemi Panarin the focus of much preseason speculation.

Sometimes when you’re kicked out of your home, you have to downsize on the next one. Hence, the Arizona Coyotes will play at least the next three seasons — with an option for a fourth — on the campus of Arizona State University, after their 19-year run in Glendale ended when the city opted not to renew their arena lease. The perfectly named Mullett Arena will also house the school’s Division I men’s hockey team. The Coyotes paid for improvements to the arena, including NHL-level locker rooms and training areas.

The ASU move comes as the Coyotes wait for approval on a new arena project in Tempe, whose decision is expected this fall. Mullett Arena will hold less than 5,000 fans for Coyotes games, making it one of the most intimate venues in NHL history. While it’s expected Arizona will take a massive revenue hit, the Coyotes expect to sell out every home game and say their season-ticket revenue has surpassed what they were generating in their former home in Glendale.

The Kraken get a mascot

Creating a mascot in a post-Gritty world is a tough assignment. The Seattle Kraken took on the challenge with their first plushy friend: Buoy, a 6-foot-tall, furry, blue troll with an anchor hoop earring dangling on his left side and a blue tentacle hanging from his right ear. His backstory is that he is the nephew of the Fremont Troll, the iconic Seattle sculpture that inspired his creation.

An NHL mascot that doesn’t just troll opponents, but is an actual troll? Gritty would be proud.

Seeking to tap every revenue stream that it can, the NHL made two big changes in how it displays advertising during games.

The most divisive one for fans was the first advertisement logos placed on NHL player game jerseys in the league’s history. They’ll fit into a 3-inch-by-3.5-inch space on the sweaters, either on the front or the shoulders. There are some restrictions on what sponsors can advertise on the players, including geographic restrictions on sports wagering companies. While fans can buy official and replica jerseys without the ads on them, many teams were only selling official jerseys with the ads at team stores. The NHL expects the majority of its teams won’t start the season with ads on jerseys, but expects that to change by the 2023-24 season.

Meanwhile, the NHL is revolutionizing the way it presents ads during broadcasts. The NHL is debuting digitally enhanced dasherboards (DED) for all games this season that will “erase and replace” the advertising found on arena rink boards with virtual ads on broadcasts. The DED system allows for the digital replacement of camera-visible arena dasherboards within local, national and international NHL game broadcasts. While overlaying other advertisements on the boards will be its primary function, the DED system eventually will allow broadcasts to use the boards for everything from in-game stats to special effects for goal celebrations.

“When you’re in the arena, you won’t see any change. When you’re watching at home, you won’t know the difference,” said Keith Wachtel, the NHL’s chief business officer and executive vice president of global partnerships.

Lightning goalie Andrei Vasilevskiy talks with John Buccigross about being denied a three-peat at the hands of the Avalanche and Russia producing incredible NHL goalies.

Only one rule change

The NHL didn’t tinker with its rules during the offseason, save for one interesting change. Referees will now be able to nullify a major penalty after video review.

Finally, the next “generational talent” in hockey will be the prize of the 2023 NHL draft: 17-year-old Connor Bedard of the Regina Pats of the Western Hockey League. Some NHL teams already have rosters that seem, shall we say, less than competitive in anticipation of increasing their draft lottery odds.

Pujols says he almost quit after struggles in June
Atlantic Uprising: Can the Red Wings, Sabres, Senators make the playoffs?