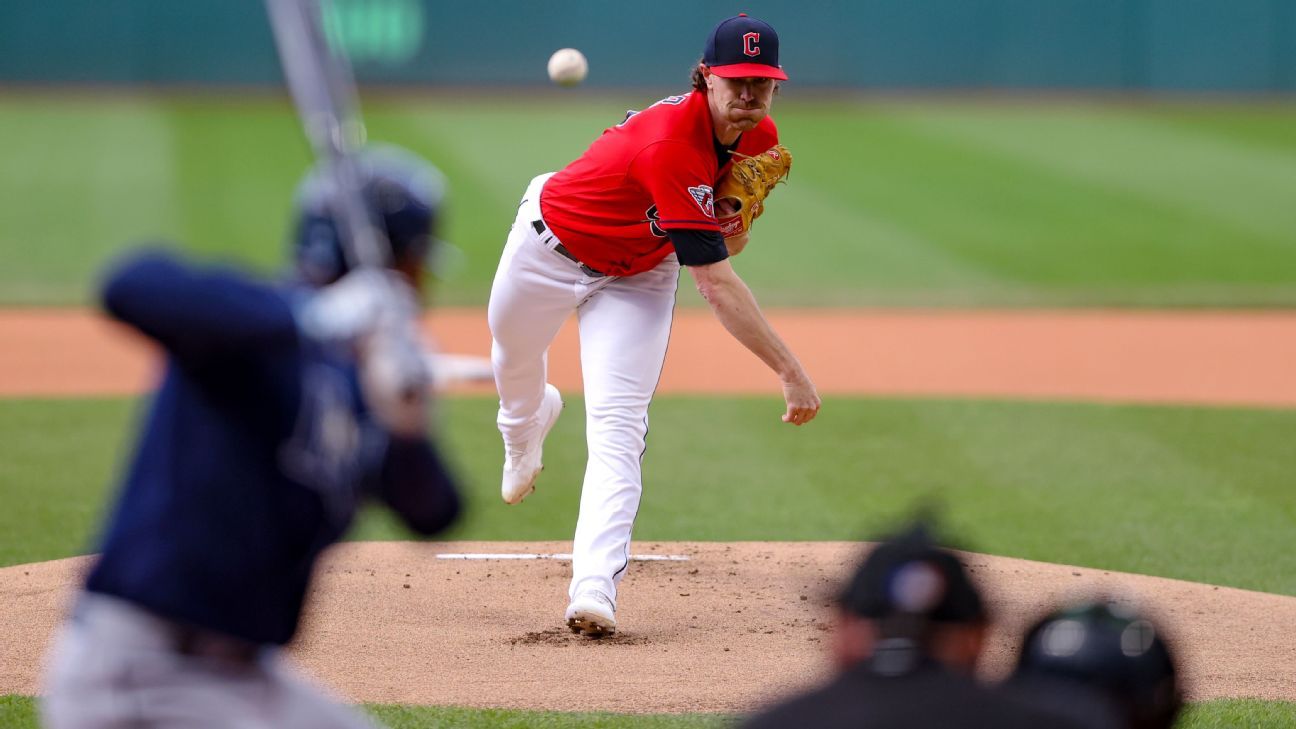 Friday’s festivities begin with the Tampa Bay Rays at the Cleveland Guardians, followed by the Philadelphia Phillies at the St. Louis Cardinals. Then it’s the Seattle Mariners at the Toronto Blue Jays, and finally, the San Diego Padres at the New York Mets.

More: Everything you need to know about the 2022 MLB playoffs | Could this be the greatest postseason … ever? | Bracket, results and more

What to watch for: Expect a low-scoring series, if only because pitching and defense is what got these teams to this point. Game 1 features a marquee starting-pitching matchup in Cy Young candidate McClanahan against perennial awards contender Bieber. But because runs should be hard to come by into the late innings, expect this to turn into a battle of the bullpens.

If and when that happens, those who overlooked Cleveland during the regular season will get a glimpse of what makes this Guardians squad dangerous. The group includes lights-out closer Emmanuel Clase, Trevor Stephan, Sam Hentges and Eli Morgan. The wild card is hard-throwing righty James Karinchak, whom Terry Francona has leaned on but has vacillated between dominance and inconsistency. — Bradford Doolittle

Our experts’ pick to win the series: Guardians 19 votes, Rays 12

What to watch for: The Cardinals were the last team to declare a Game 1 starter for the wild-card round, and for good reason. While St. Louis forged a deep and dependable rotation over the course of the season, there is no clear-cut ace on the staff, nor any real degree of separation between pitchers one through five.

This is where the Phillies can steal the series: A couple of dominant outings from starters Wheeler and Aaron Nola in St. Louis. Both will have the edge on Quintana and Game 2 starter Miles Mikolas. St. Louis has the better team, with a deeper and more balanced offense, a slight edge in the bullpen and a tremendous edge in team defense. But the starters could be the great equalizer for the Phillies. — Doolittle

Our experts’ pick to win the series: Cardinals 19 votes, Phillies 12

What to watch for: This will be an intense series between two hungry franchises. The Blue Jays haven’t won a title in nearly 30 years, and the Mariners have never won one. Seattle just snapped baseball’s longest postseason drought and would desperately love to knock off the Jays and bring playoff baseball back to Seattle for the first time since 2001 by reaching the ALDS.

The Game 1 starting matchup is terrific, with Seattle sending midseason trade acquisition Castillo to the mound against a turn-back-the-clock ace in Toronto’s Manoah, who loves to carry a heavy workload. Yes, it’s the playoffs and the bullpens will factor in. But this has the makings of an old-school October pitching duel. — Doolittle

What to watch for: The Padres have no choice but to travel across the country and beat a Hall of Fame-level starter at Citi Field, or else they’ll be flying back to the West Coast on Sunday for the start of the offseason. Their first crack at that is in Game 1 with Max Scherzer taking the hill for the Mets, a 101-win team that has to deal with the shock of winning that many games only to end up in the wild-card round on the same half of the NL bracket as the Dodgers.

This is not a hopeless cause for San Diego, whose rotation has been red-hot in recent weeks. Game 1 starter Yu Darvish has been on top of his game and has loads of postseason experience, though not all of it good. If he can match zeros with Scherzer for six or seven innings, then perhaps it comes down to one key blow. And the Padres can match the Mets in lineup star power, with Manny Machado and Juan Soto going toe-to-toe with Francisco Lindor and Pete Alonso. — Doolittle

Our experts’ pick to win the series: Mets 27 votes, Padres 4