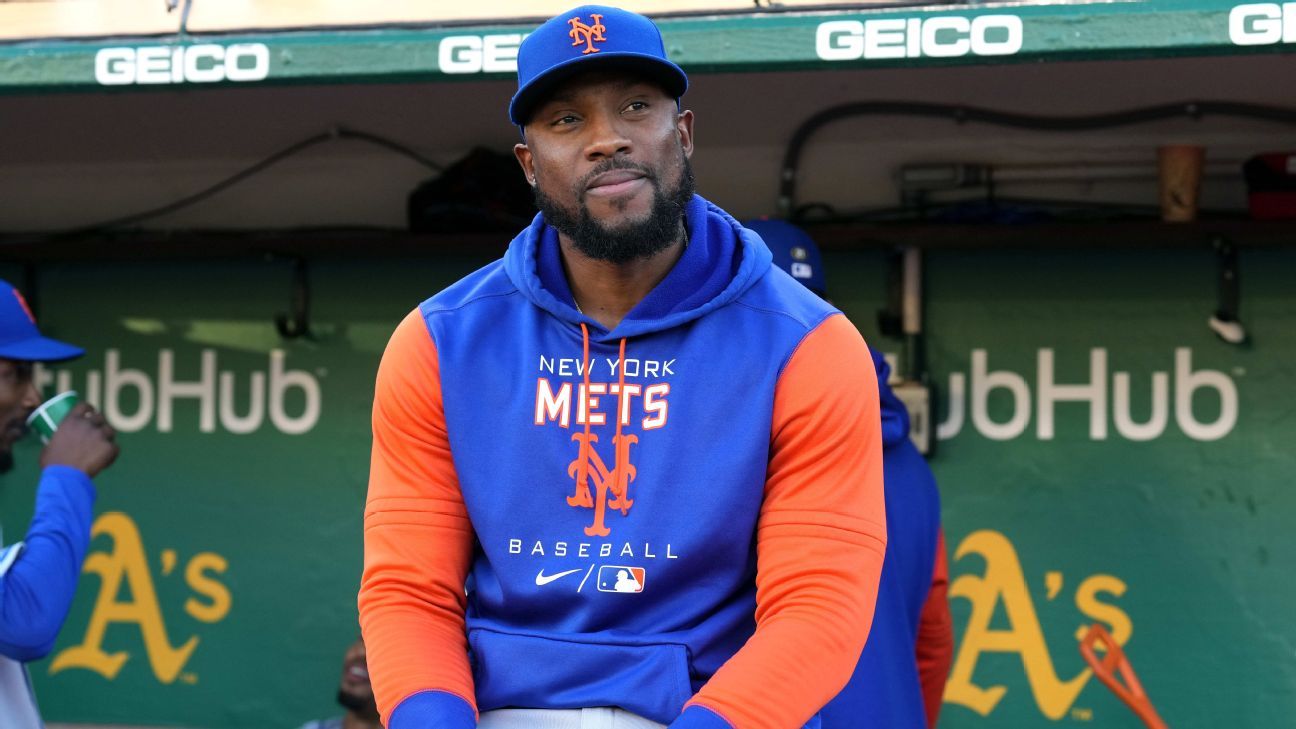 NEW YORK — When the Mets kick off their playoff run against the San Diego Padres on Friday night, Starling Marte and Francisco Alvarez will be on the roster.

Marte has not played for the past month and has been working his way back from a fractured middle finger. Mets manager Buck Showalter expressed hesitation in recent days about Marte’s injury progress, saying the outfielder struggled to grip a bat and baseball. Despite that, the team seems to believe he can contribute to the team in the NL Wild Card Series.

Alvarez makes the postseason roster after the Mets called him up in the final weeks of the season. The 20-year-old slugger, ranked as the top prospect in the Mets’ farm system, hit his first major league home run on Tuesday.

Darin Ruf joins the team on the postseason roster after struggling since coming over to the Mets at the trade deadline.

Left off the roster are Tyler Naquin, Mark Vientos and pitchers Carlos Carrasco, Taijuan Walker and Trevor Williams, indicating the Mets are placing more emphasis on relievers over innings eaters in the wild-card round.

The Mets will carry 12 pitchers and 14 position players.

Cashing in: Ranked Jayhawks plan $300M facelift
2022 MLB playoffs: Our predictions from the wild-card games through the World Series