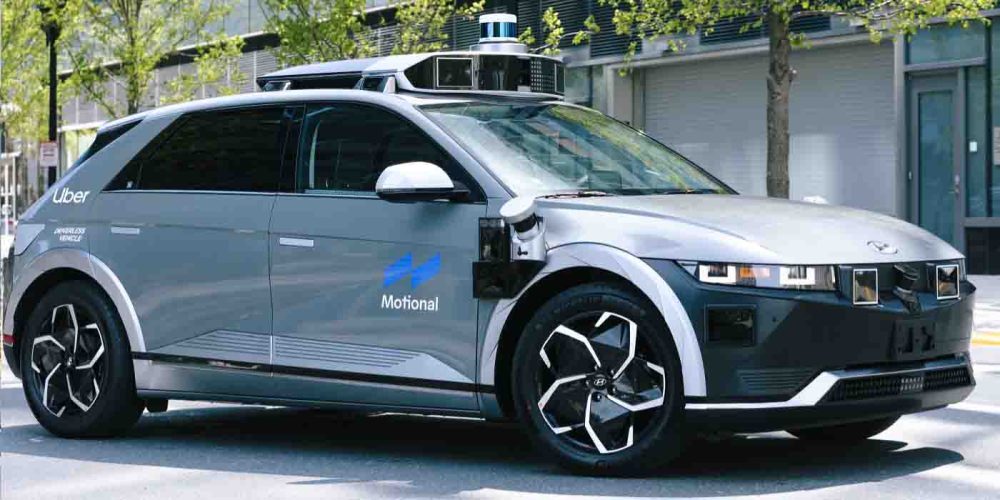 Rideshare provider Uber has signed a 10-year, multi-market commercial agreement with Motional – a developer of driverless robotaxis. As part of the agreement, Uber will deploy Motional’s IONIQ 5 electric robotaxis in select markets at first, with the potential to reach millions of customers by providing both ride-hailing and delivery services autonomously.

Motional is an autonomous driving technology developer that exists as a joint venture between Hyundai Motor Group and Aptiv – specialists in advanced safety, electrification, and vehicle connectivity. It is headquartered in Boston with more recent offices in Santa Monica, California, where the company has been testing its driverless robotaxis built upon Hyundai IONIQ 5 EVs.

In 2021, the public got the first glimpse of Motional’s IONIQ 5 robotaxis, which have completed a fully-autonomous cross-country drive in the US, in addition to 100,000 public rides. Prior to today’s news, Motional has already had a working relationship with Uber Technologies ($UBER) that has consisted of autonomous food deliveries in the Los Angeles area.

Now, the companies have expanded their collaboration into a full commercial agreement that will include Uber passenger rides in the driverless robotaxis, in addition to expanded autonomous deliveries.

Motional’s robotaxis first to offer rides and deliveries for Uber

The driverless robotaxi developer shared details of the new decade-long agreement with Uber Technologies in a press release today, outlining hope for a steadfast adoption of robotaxis in the US. According to Motional, the partnership is the first in the industry to include both driverless ride-hailing and delivery services. All using Hyundai IONIQ 5 robotaxis, at least to begin.

The companies state that the new commercial agreement builds upon the aforementioned pilot program that utilized Motional robotaxis to serve Uber Eats customers. Based on the success of that program, the companies have already expanded delivery operations and now intend to bring both passenger rides and additional cities into the fold. Motional president and CEO Karl Iagnemma spoke:

This agreement will be instrumental to the wide scale adoption of robotaxis. Motional now has unparalleled access to millions of riders and a roadmap to scale significantly over the next ten years. We’re proud to partner with Uber to bring both driverless ride-hail and deliveries to life in cities throughout the US.

Uber said it intends to share targeted insights with Motional to position the latter’s robotaxis efficiently and effectively in order to maximize revenue-generating services, while simultaneously reducing wait times and costs for its customers – some of the perks the companies expect to achieve thanks to the driverless EV technology.

The companies shared that they intend to strategically deploy these driverless ride-hailing and delivery services in cities across the US, and first trips are expected to begin later this year. To begin, Motional’s IONIQ 5 robotaxis will be available to hail from the UberX and Uber Comfort Electric categories in cities where available. So keep an eye out!

First ride: I went wild off-roading in the all-electric Polaris RANGER XP Kinetic
We’re trimming one of our oil stocks that’s up again after the big OPEC+ production cut