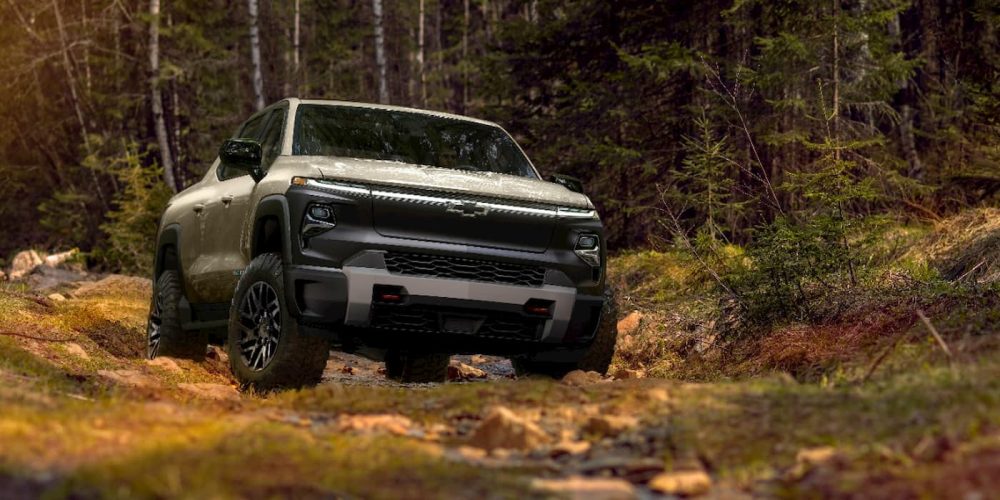 After almost a year of teasing fans, Chevrolet introduced us to its first all-electric truck, the Chevy Silverado EV. The Chevy Silverado EV is what the automaker calls a “category-defying, boundary-breaking game changer” in the electric pickup market. For those of you looking to get your hands on one, look below to find all the details, including specs and how much it costs to buy.

The Silverado gets an electric upgrade

GM’s best-selling truck is now being prepared for an all-electric future as the automaker transitions its fleet to accommodate the rising demand for zero-emission vehicles.

The Silverado started as the top trim option offered on GM’s C/K trucks, but after becoming a fan favorite, it received its own line. Since then, the truck has undergone a series of upgrades and facelifts to maintain its status in modern times (more durable, lighter, and a focus on efficiency).

The fan-favorite truck has spread from the US to countries like the Middle East, Venezuela, Mexico, and Chile as consumers look for durable, good all-around trucks worldwide.

What to know about Chevy’s new electric truck

The Silverado is getting another modern upgrade as demand for electric vehicles is only projected to continue rising. Chevy’s electric Silverado will be built on GM’s Ultium platform, the automaker’s purpose-built platform for the future of electric vehicles.

Vice president of Chevrolet, Steve Hill, talks about how the platform will play a key role, stating:

The Ultium Platform is a critical enabler of next-level pickup truck performance for both fleet and retail customers, whether they are currently driving a Silverado or are considering a pickup for the first time.

The Silverado EV will be available in two models, the RST and WT (work truck) edition, to start, but more trims are expected to join the lineup. Chevy has also teased a potential Trail Boss edition (pictured below) though the price and specs are unknown.

Chevy released a special Silverado EV RST First Edition that sold out almost immediately with a price tag upwards of $105,000. However, the new editions will cost much less as the automaker looks to bring electric trucks to the mass market.

Chevy says its Silverado EV is still “packed with the power and capability expected of Chevy Trucks” but with zero emissions. The electric pickup truck will offer:

All models will come with tow/haul mode, trailer hitch components, and trailer brake controller. In addition, they will feature DC fast charging (up to 350kW) capabilities, which GM estimates can add about 100 miles of range in 10 minutes.

The Chevy Silverado EV WT will be the first to debut in spring 2023 on GM’s longest-range battery, which GM predicts will be able to achieve a 400-mile range.

The WT model is designed for fleets and doesn’t include all the features of the upgraded RTS trim. At the same time, the company estimates the WT trim to have one of the lowest drag coefficients of any full-size pickup in production, which can help extend the range.

Buyers of the Silverado WT gain access to GM’s Utltium Charge 360 fleet service, giving them access to a suite of tools to manage their fleet.

Chevy’s RST trim is the automaker’s premium edition that comes fully loaded with features, including:

On the inside, the Silverado RST EV also comes with a 17-inch LCD touchscreen and an 11-inch customizable driver instrument display. With a massive 7-gallon center console, you can store just about anything. In addition, drivers receive a fixed glass roof, increasing headroom throughout the cab.

Another cool feature is when you walk up to the Silverado RS with an enabled cell phone or key, a “distinctive lighting animation” will appear. You can also enable hands-free start so that when entering the vehicle, it will auto start.

The fully loaded RST First Edition model is expected to debut in the fall of 2023.

How much do other Chevy Silverado EV packages cost?

As of right now, these are the only two Silverado EV trims Chevy has released and provided details for. Although the company has teased images of a Trail Boss version, we have yet to hear the information on the cost and what that would entail.