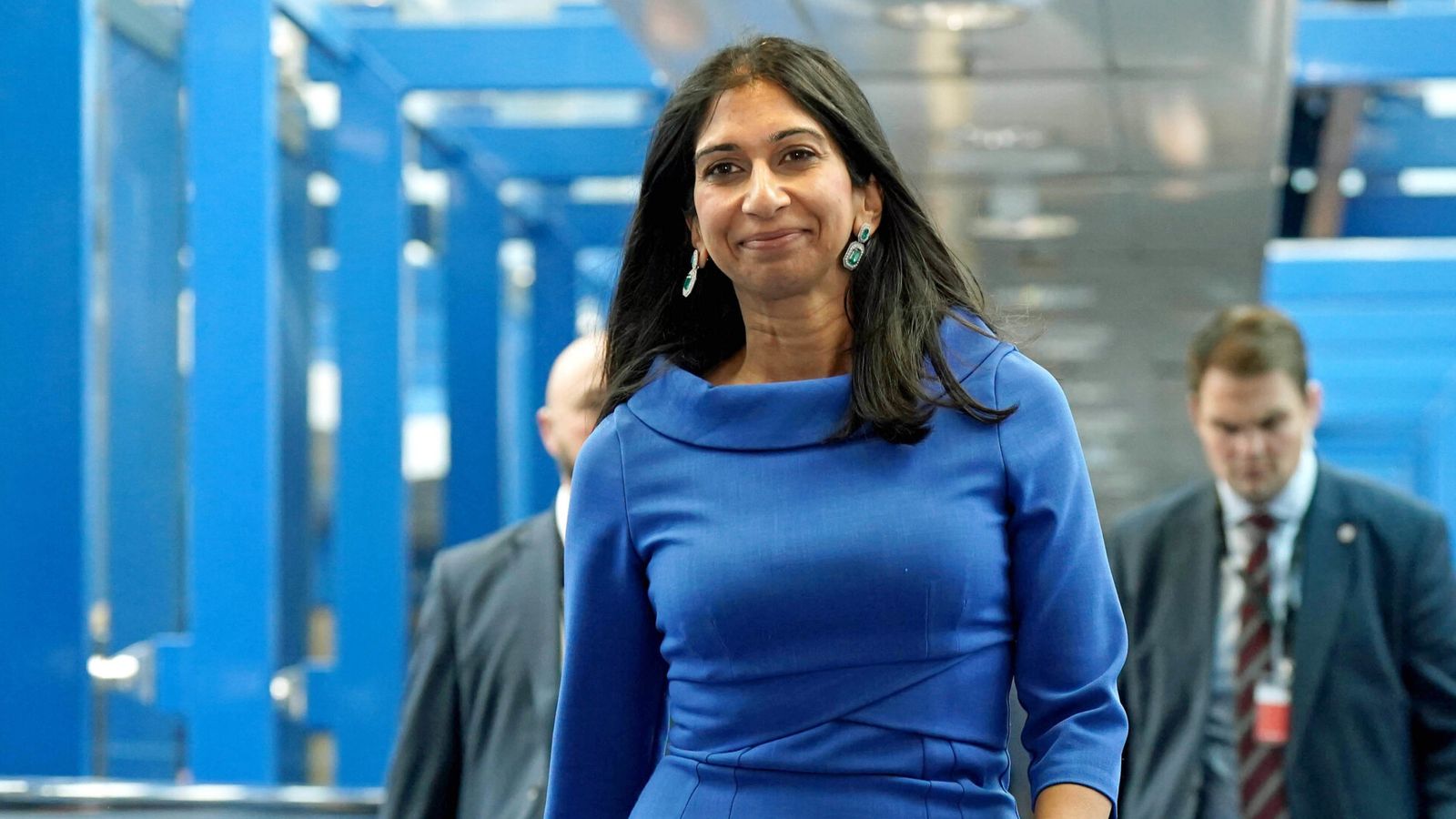 Home Secretary Suella Braverman has attacked Tory MPs who she claims “staged a coup” against the prime minister over her plan to scrap the 45p tax rate.

Speaking at a Telegraph event at the Conservative Party conference, Ms Braverman said she had been “in favour” of the policy and was “disappointed” by the government’s U-turn.

But while she said she understood why Liz Truss and her Chancellor Kwasi Kwarteng had changed direction, she was more “disappointed” by those in her party who had “undermined the authority of our prime minister in an unprofessional way”.

Ms Braverman also said she was “sitting on the fence” on whether to raise benefits in line with inflation, which is becoming the latest row within the Tory Party.

But she warned that a “Benefit Street culture is a feature of modern Britain”, and the government needed to use “a bit more stick” to get “a stubborn core who see welfare as the go to option” back into work.

But the particular policy also got a bad reception from a number of Tory MPs at a time when lower earners are facing strife with the cost of living crisis, and prominent former ministers such as Michael Gove and Grant Shapps were among those calling for it to be reversed.

It also saw Labour surge to opinion poll leads of up to 33 points – numbers not seen since the early 2000s.

Despite standing by the policy in the opening days of the conference, Mr Kwarteng confirmed on Monday it would no longer go ahead, saying the measure had become a “distraction” from his objective to grow the economy.

And on Tuesday, Ms Truss told Sky News she had “absolutely no shame” in performing the dramatic U-turn.

Asked about it during a live podcast event in Birmingham, Ms Braverman said: “Ultimately I am very disappointed that members of our own parliamentary party staged a coup effectively and undermined the authority of our prime minister in an unprofessional way.”

She said the PM had talked about tax cuts “extensively” during her campaign for leadership over the summer so the move was “doing what she put on the tin”.

She added: “We should be supporting her, and I am very disappointed to say the least over how some of our colleagues have behaved.”

But Tory MP and chairman of the Northern Ireland Select Committee Simon Hoare tweeted a dictionary definition of the word “coup”, adding: “Representing one’s constituents is not a coup.”

Armed Forces Minister James Heappey, who attends cabinet, said the policy suggested the party had “the wrong priorities” and it was right to U-turn.

Speaking to Sky News’ political correspondent Tamara Cohen at a conference fringe event, Mr Heappey said the Treasury team were thinking of “competitiveness and attracting top end global talent” when they made the proposal.

“But when you’re going through a cost of living crisis and the vast majority of people can’t even dream of earning that amount of money, it hints at having the wrong priorities,” he added.

“The parliamentary party is feeling how the wider public are feeling, and the small mercy is that [the leadership] they had the courage to do it quickly because it would have dragged on.”