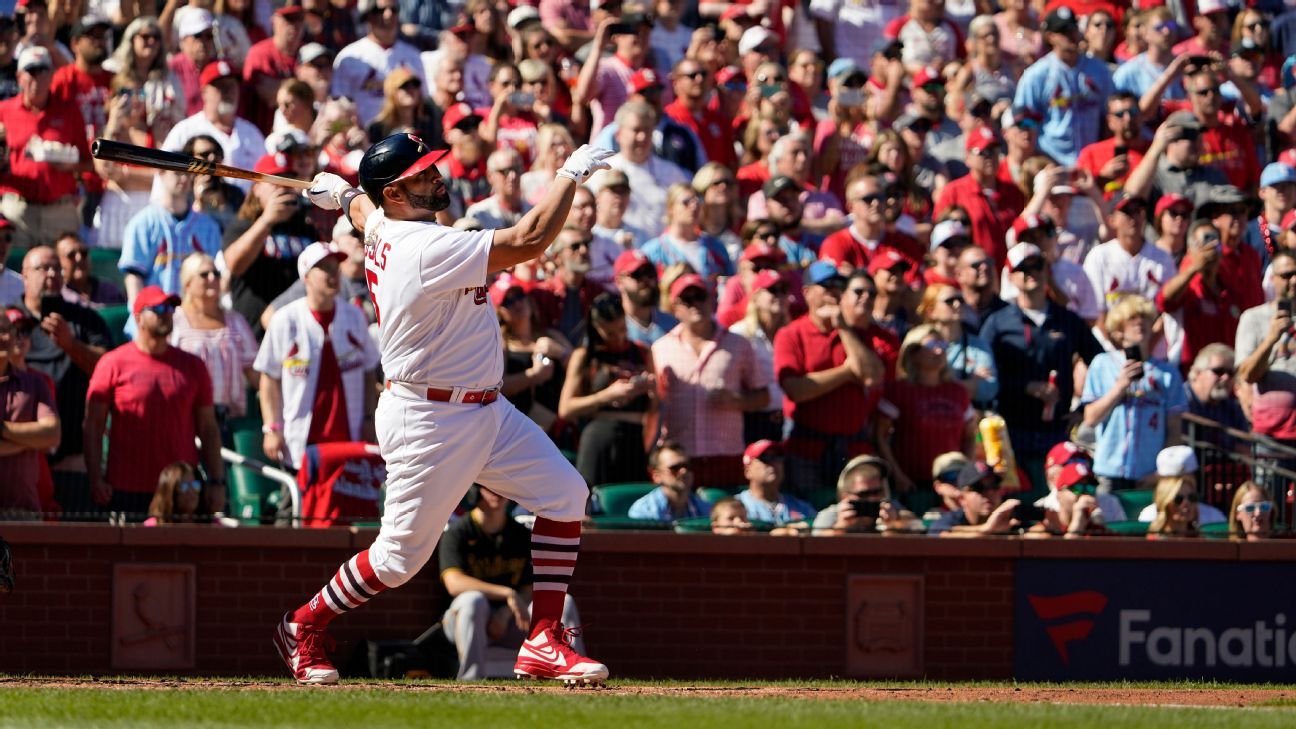 “He continues to just wow everybody,” St. Louis manager Oliver Marmol said. “That was no different.”

Pujols and catcher Yadier Molina, who also is retiring, were honored in a 46-minute ceremony before their final regular-season home game.

The pair was given gifts from the team, including a set of golf clubs, a silver plate and one-of-a-kind artist drawings of each player. The two have a combined 41 years in the majors. Former teammates Matt Holliday, Ray Lankford and Jason Isringhausen were present for the ceremony.

Pujols called it “pretty awesome” and “a great day.”

“I’m really blessed to be back here,” said Pujols, who has 468 homers with the Cardinals. “To finish my career where everything started, it means a lot.”

Sunday marked the last game Adam Wainwright, Pujols and Molina will appear together as Cardinals teammates. The trio had its first game together on Sept. 11, 2005. According to the Elias Sports Bureau research, it’s the first trio in major league history to have its first game and final game together be more than 6,000 days apart.

Molina, Pujols and Wainwright were all removed from the game together so they could walk off as a trio with two outs in the fifth. Wainwright (11-12), who allowed six runs on six hits over 4⅔ innings, has yet to decide if he will come back next season.

“Great emotional day for me,” Molina said. “Just to walk with Albert, Waino, it was a great moment for baseball.”

Marmol planned it: “We wanted all three of them to walk off together. Not a bad way to go out.”

Pujols began his career with St. Louis in 2001 and left for the Los Angeles Angels in 2012. He signed a free-agent contract with the Cardinals on March 28.

The Cardinals, who have clinched their fifth National League Central title in the past 10 years, closed the home portion of their regular season schedule with 26 wins in their last 34 games at Busch Stadium.