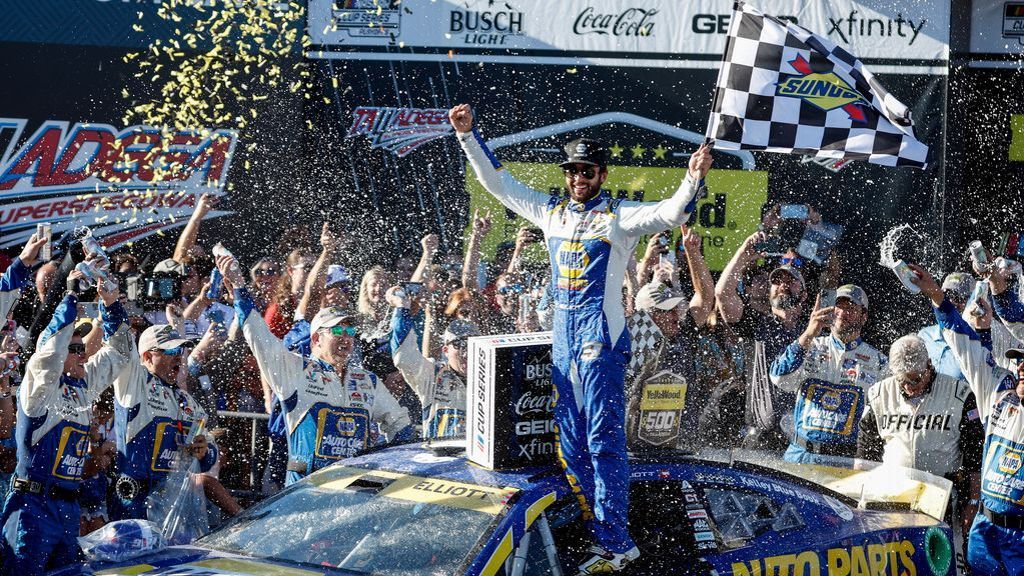 TALLADEGA, Ala. — As the stars of NASCAR raged over safety concerns with the new car, rumors swirled the drivers would organize some sort of protest at one of the most dangerous tracks on the circuit.

Or maybe they’d send their message to NASCAR by refusing to seriously race on Sunday.

But all 37 drivers showed up at their cars as scheduled. It’s the playoffs, after all, and there’s a championship to be won.

“I think these guys are concerned and he sees a teammate hurt, and he’s a young guy with a career ahead of him,” Hendrick said. “I think this has been on Chase’s mind. I’m proud of him. He doesn’t say much, but when he speaks, everybody knows he’s not just popping off. He’s concerned.”

The race was one of the cleanest in memory at Talladega and certainly the least dramatic through the first five races of the playoffs. NASCAR’s new Next Gen car developed a rash of problems in the first four playoff races, and Bowman’s concussion seemed to push the drivers to their breaking point.

NASCAR is scheduled to test this week a potential solution to the stiffness of the cars that drivers claim they’ve complained about all through the development of the Next Gen.

That did little to calm the drivers leading into Talladega, one of the most unpredictable and chaotic tracks on the calendar. The drivers certainly could have deliberately taken it easy, but they truly raced.

There were 57 lead changes among 17 drivers, and of the six cautions, only one was for a multicar crash.

“That was a pretty calm Talladega race,” Elliott said. “That’s something different.”

Elliott was fifth on the final restart with two laps remaining and claimed control of the outside lane to stalk leader Ryan Blaney. The 2020 Cup champion surged ahead with a push from Erik Jones on the final lap, threw a block on Blaney’s attempt to reclaim the win and then beat Blaney to the finish line by .046 seconds.

Elliott is the first driver through five playoff races to automatically advance into the next round with a victory, and he reclaimed the lead atop the Cup standings. The first four races were won by drivers not eligible for the championship in a chaotic start to the 10-race postseason.

“It gets you through to the next [round] and that’s all you can ask for is just to add more opportunities,” Elliott said. “So it’s a big deal, and we’re excited for these final handful of events and hopefully we can give it a run.”

The final caution was because Daniel Hemric stalled on pit road with an engine problem with seven laps remaining. Blaney was the leader and NASCAR had to throw the caution because Hemric was stranded inside his car in a dangerous spot.

The restart for the final two laps was Blaney’s to control, but Elliott played it perfectly for his fifth win of the season. The victory was a massive rebound after Elliott crashed while leading last week at Texas because of a tire failure, and it dropped him to the edge of playoff elimination.

Blaney was second for Team Penske and Michael McDowell was third for Front Row Motorsports as Fords settled for runner-up. Ross Chastain, winner at Talladega in the spring, was fourth for Trackhouse Racing and then Denny Hamlin was fifth and the highest-finishing Toyota driver.

Blaney was disappointed not to win but goes into next week’s elimination race ranked second in the standings.

“I’m probably going to replay in my head five different things I could have done different, but overall not a bad day,” Blaney said. “I’m happy we’re in a decent spot on points, but we really want to win.”

And Hamlin said the risk versus reward of pushing hard at Talladega isn’t worth it in three-race playoff segments.

“To me, this is the three-race season. You points-race,” Hamlin said. “We accomplished what we were trying to do.”

The elimination playoff race Sunday at The Roval at Charlotte Motor Speedway. The field will be trimmed from 12 to eight after the race. Kyle Larson is the defending race winner, while Elliott has two wins on the hybrid course and Blaney won the inaugural 2018 event.