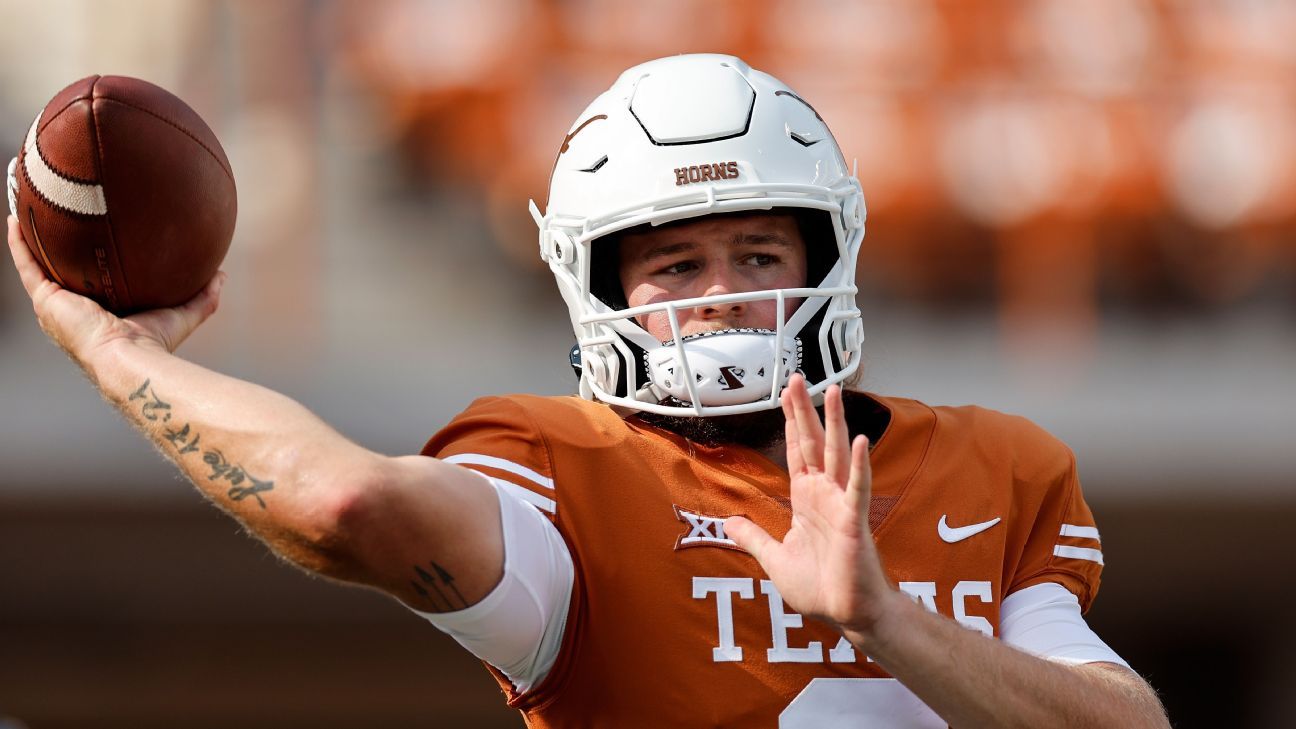 Texas quarterback Quinn Ewers continues to ramp up his recovery from a shoulder injury with the notion of returning for next week’s game against rival Oklahoma, sources told ESPN.

Ewers has dressed for the Longhorns’ past two games but is not expected to play against West Virginia on Saturday, sources said, as the quarterback continues to follow the original four-to-six-week timeline that emerged after he was injured in the first quarter against Alabama on Sept. 10. Ewers has been limited in practice this week, sources said.

A return against the Sooners would mark four weeks after Ewers was injured, with sources indicating that is the earliest he would be expected to be available to play.

Ewers has been consistently rehabbing the SC sprain — a significant injury where the sternum meets the clavicle — in his nonthrowing shoulder. The injury initially restricted Ewers’ ability to breathe and swallow, but his work in rehab has him projected to return on the early end of the initial timeline.

He suffered the injury after a hot start against Alabama, going 9-for-12 for 134 yards until the Crimson Tide’s Dallas Turner injured him on a hit in which the linebacker was flagged for roughing the passer. Alabama ended up winning the game 20-19 on a field goal in the final minute.

Ewers was the top quarterback recruit in the 2022 class before he reclassified, enrolled early at Ohio State for the 2021 season and then transferred after one semester in Columbus.

He won the Texas job in camp this summer over Hudson Card, who is expected to start his third consecutive game for the Longhorns. Card was 20-for-30 for 277 yards, 2 touchdowns and 1 interception in last week’s 37-34 loss at Texas Tech.

Both Texas (2-2) and West Virginia (2-2) are seeking their first Big 12 win after dropping their conference openers. West Virginia lost at home to Kansas in overtime 55-42 on Sept. 10.