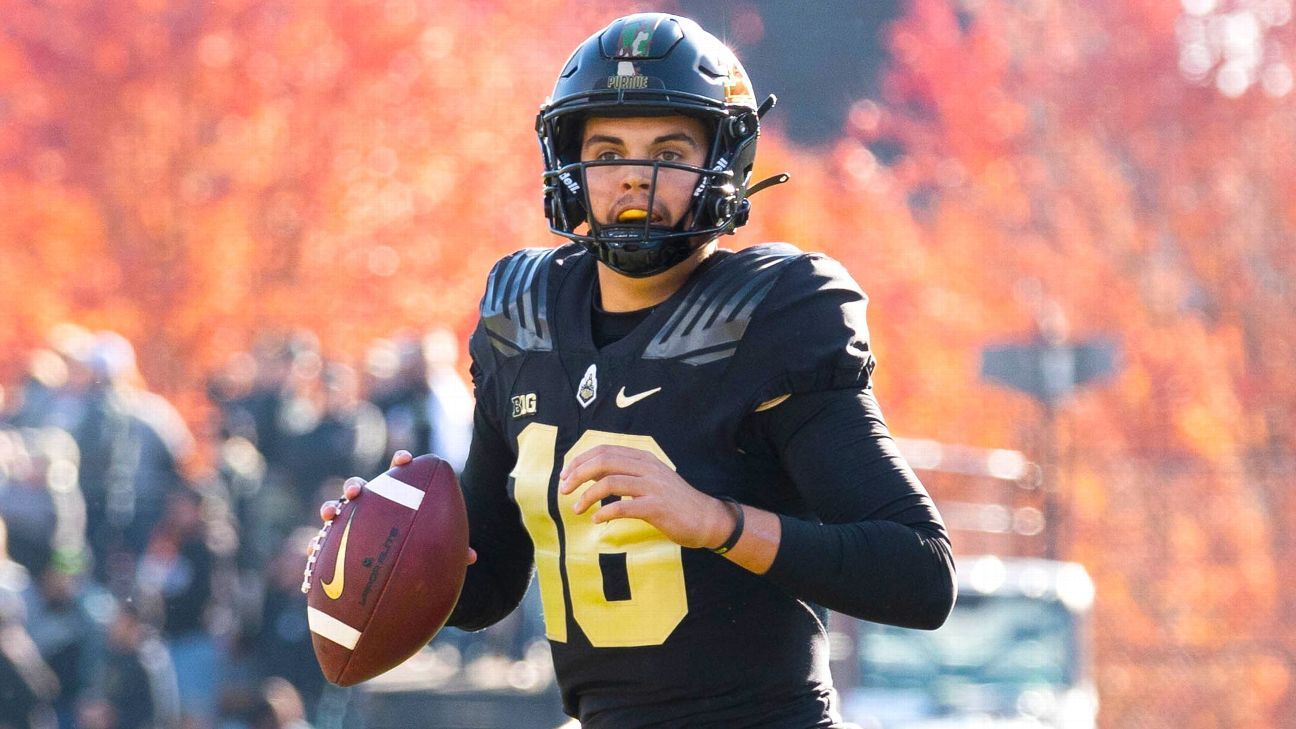 Purdue‘s Aidan O’Connell, one of the top quarterbacks in college football, has returned to action against Minnesota on Saturday after missing last week’s game with an upper-body injury, sources told ESPN.

O’Connell, who was listed as a game-time decision for Saturday’s game, got the start. He missed last week’s game against Florida Atlantic and didn’t practice until Wednesday.

No. 21 Minnesota, meanwhile, held star running back Mohamed Ibrahim out of Saturday’s game after he appeared to injure an ankle last week against Michigan State.

Purdue’s offense struggled at times in O’Connell’s absence last week, as the Boilermakers gained 354 yards and went just 3-of-12 on third down against the Owls. Without O’Connell, Purdue only passed for 166 yards.

Minnesota has the nation’s No. 2 scoring defense, as the Gophers have given up just 6.0 points per game on the way to a 4-0 start.

Ibrahim, who was second in FBS with 567 rushing yards in four games, practiced this week and went through pregame warmups, but Trey Potts started in his place and took the the majority of the carries in the first half. Ibrahim, a sixth-year player who suffered a season-ending Achilles injury in the 2021 opener, was on the sideline in full uniform.