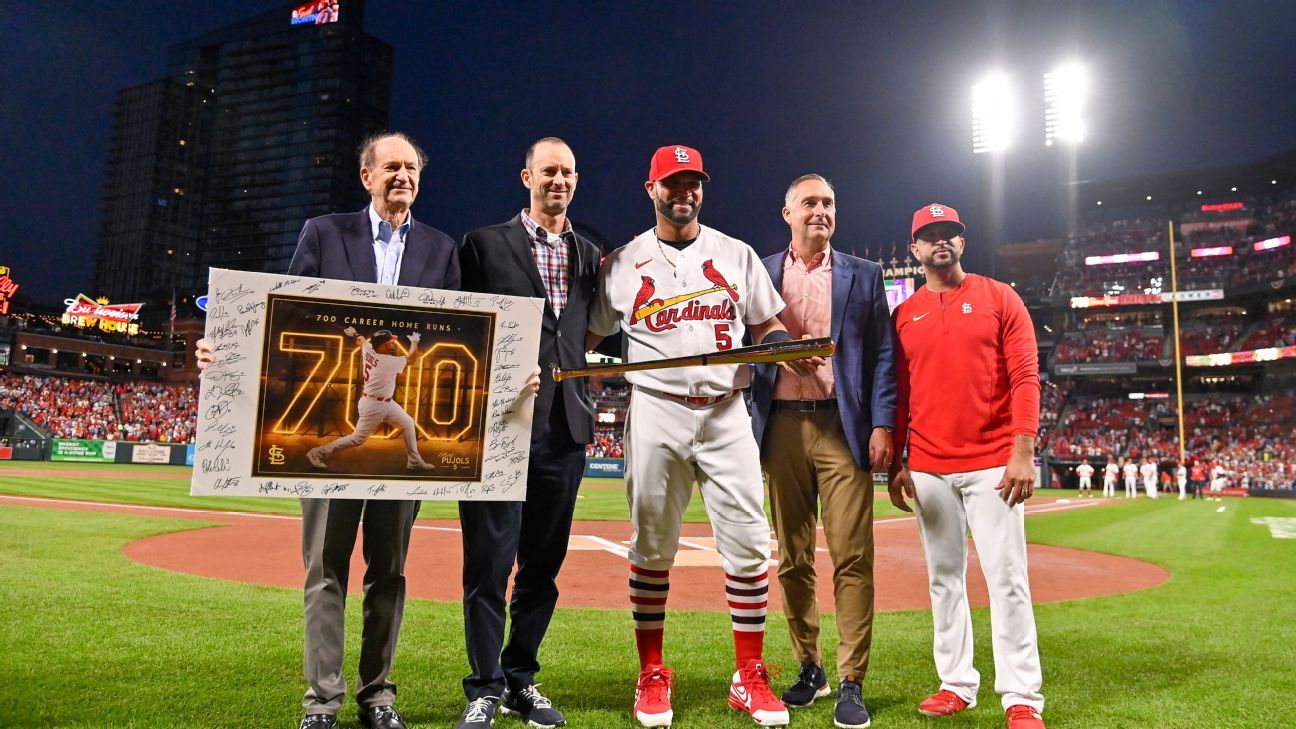 “It’s pretty awesome,” Pujols said. “I didn’t know it was going to be like this. It’s pretty good just to be embraced like this. I mean this is what I’ve been getting all year long but today was extra special. It was a great night overall.”

Before the game, the slugger was recognized for hitting his 700th last week at Los Angeles. He was given a gold-plated, engraved bat by owner Bill DeWitt Jr., team president Bill DeWitt III and manager Oliver Marmol.

Pujols’ homer was his 55th against the Pirates, his third most against any team, trailing Houston (70) and the Chicago Cubs (62).

“I think we’re seeing one of the best hitters of our generation and he’s had an unbelievable second half,” Shelton said. “You cannot make mistakes to him right now. We made the one mistake to him and he hit it out of the ballpark. What he’s done over the course of his career and especially what he’s done over the second half is extremely special.”