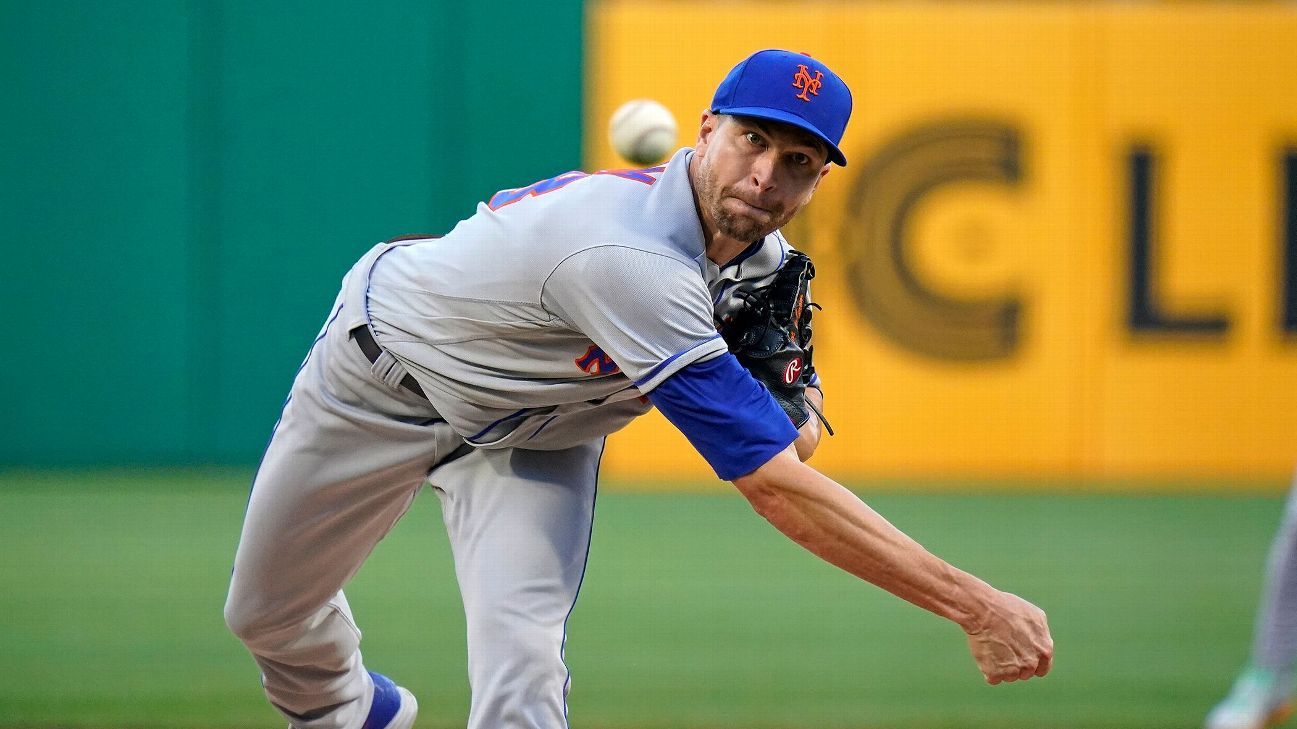 Mets ace Jacob deGrom left Friday night’s series opener against the Braves in Atlanta after 86 pitches over six innings due to a developing blister.

Mets manager Buck Showalter told the media after the game that the blister came to his attention around the 5th inning and when he noticing diminished velocity from deGrom in the 6th, “that concerned me.”

DeGrom revealed the issue with his middle finger started in his previous appearance at Oakland on the 24th. “It was there a little bit [in my] last start and then it popped. Now the dead skin is just peeling away. It’s working its way back farther on my nail. The goal is to get it better and we didn’t want to make it worse where the [next] start is in question.”

DeGrom (5-4) argely pitched well in the opener of this crucial series, striking out 11, walking none and allowing just five Braves to reach base, but three of those five were solo home runs. DeGrom took the loss as the Braves won 5-2 behind a strong start from Max Fried (14-7).

The Mets and Braves are now tied for first in the NL East with two games left in the series and just five games remaining in the regular season for both teams.