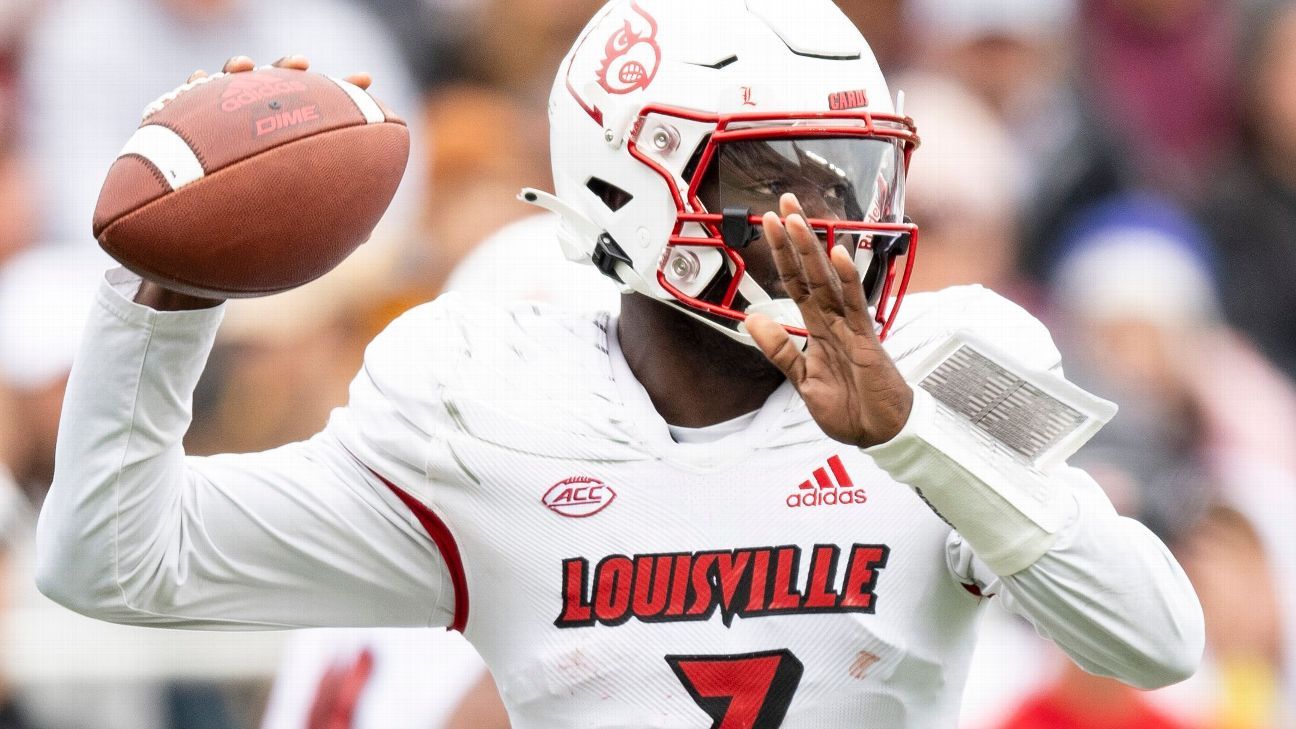 BOSTON — Louisville quarterback Malik Cunningham left with an injury in the second half, missing the Cardinals’ final two drives in a 34-33 loss to Boston College on Saturday.

After a third-quarter possession, Cunningham visited Louisville’s medical tent following a hit to the head. He came back for two full series before walking off on his own power alongside a team trainer.

Backup Brock Domann replaced Cunningham in the fourth quarter but struggled, finishing 1-of-7 for 19 yards as the Cardinals (2-3) fell to 0-3 in the ACC.

Cunningham was his usual self against the Eagles (2-3, 1-2) before the injury. He completed 19 of 28 passes for 186 yards and a touchdown and ran for 52 yards and three scores on 14 carries. He passed Baltimore Ravens quarterback Lamar Jackson for fourth on the school’s passing yardage list.

Ranked No. 21 in ESPN’s top 50 NFL draft prospects by position, Cunningham had 782 passing yards and 395 rushing yards headed into the league game, accounting for eight total touchdowns. Last season, he threw for 2,941 yards and 19 scores.

The Eagles were shorthanded on offense, as well. Starting left guard Finn Dirstine was ruled out just prior to kickoff with an upper-body injury. Boston College was down three players who were expected starters on the offensive line this summer.

The Eagles were efficient on offense, however, securing their first win over an FBS team this season. Phil Jurkovec threw for 304 yards and three touchdowns and scrambled for a 33-yard run that set up the game-winning field goal.

Zay Flowers caught five passes for 151 yards — including touchdowns of 57 and 69 yards — and Alex Broome ran for a 40-yard score for the Eagles.