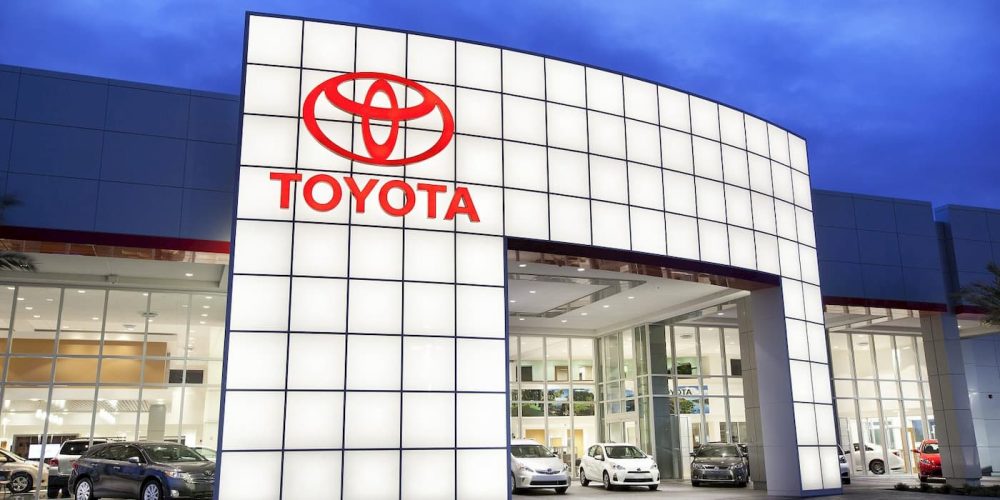 It looks like Toyota is still not getting the message: people want electric vehicles, not hybrids. Despite all the evidence pointing to the inevitable growth of EVs in the auto industry, Toyota insists on sticking with hybrids, claiming, “That’s our strategy, and we’re sticking to it.” Well, Toyota, you may end up being left behind as nearly every other automaker, nation, and organization is moving toward sustainable, fully-electric vehicles.

Toyota is one of the few automakers left in the industry that has yet to realize what the future has in store. Electrek has been calling for the transition to EVs to happen much quicker than most have predicted, and so far, the EV adoption pace continues intensifying.

Few industries are experiencing the rapid growth that electric vehicles are garnering. In 2021, sales of electric vehicles doubled to a record 6.6 million, according to data from the International Energy Agency, claiming almost 10% of the market!

In comparison, nine years ago, only 120,000 EVs were sold globally. More than that is sold each week now, and the pace is only expected to accelerate from here.

Governments in all major regions are implementing EV mandates and incentives to promote fewer carbon emissions and protect the environment. For example, the US has a goal of 50% electric vehicle market share by 2030, while Europe has proposed an all-out ban on fossil fuel cars by 2035, much like California – and now New York – is doing. Despite this, Toyota is backing its hybrid strategy going forward.

Even with all of this information, Toyota has been much slower to adapt and, for that reason, ranks last in its decarbonization efforts.

A recent study from Greenpeace found Toyota ranked last out of the top ten automakers after failing to generate even 1% of sales from zero-emission vehicles, not hybrids.

More importantly, the study found Toyota had the least developed supply chains to support a sustainable future. A climate campaigner from Greenpeace Japan even stated:

The time for hybrids, I think, has finished.

And they are right about that. Hybrids are only good as a bridge to fully-electric vehicles. In my opinion, they are inefficient and not optimized for either gas or electric. However, that being said, Toyota has been mass-producing hybrids since releasing the Prius in 1997.

Toyota sticking to its hybrid strategy despite calls for EVs

In an interview with reporters Thursday, Toyota’s CEO, Akio Toyoda, reiterated the automaker’s strategy to keep hybrids and fuel cell vehicles in its lineup, comparing the company to a department store.

The Japanese automaker’s leader also spoke on new zero-emission mandates and calls to end gas-powered vehicle sales, saying it would be “rather difficult” to achieve, stating:

Playing to win means playing with all the cards in the deck – not just a select few. So that’s our strategy and we’re sticking to it.

Fair enough, but what happens when nobody wants those other cards (cars)? Or, more importantly, if those cards are no longer an option due to regulation?

Toyota claims, “We don’t want to leave anyone behind,” yet they may end up being the ones left behind.

It’s the same record on repeat out of Toyota. After growing to become the world’s largest automaker by offering hybrid technology, the company does not want to conform. They believe whole-heartedly in their hybrid strategy.

Meanwhile, technology has progressed significantly during this time, and companies like Tesla are proving the future is all-electric vehicles.

Tesla, exclusively selling EVs, claims the Model Y is on its way to generating the most revenue of any car this year, and will most likely be the top-selling vehicle overall next year.

Almost every other automaker you can think of, both new and legacy, is planning for an all-electric lineup. Will Toyota come around? As the industry (and the entire world) continues progressing toward a clean, sustainable future, Toyota may soon reconsider its hybrid strategy.