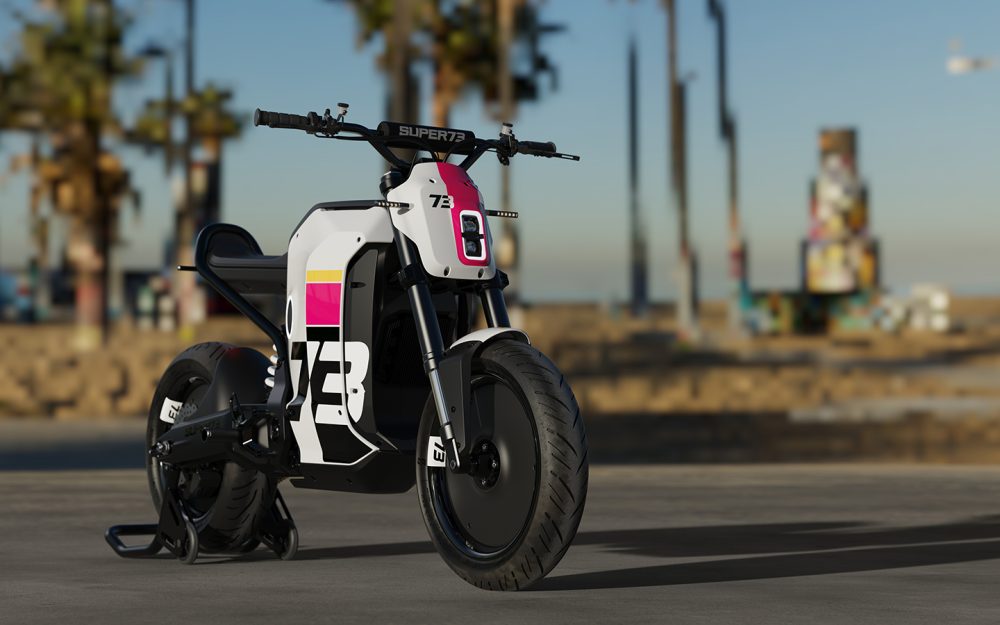 LA’s most iconic electric bike brand wowed us earlier this year with a new concept electric motorcycle known as the SUPER73 C1X. At the time we only had the chance to look at a full-scale mock up of the eye-catching design. But now the company appears to have a functional prototype at their disposal.

We got our first look at the functional prototype via a brief teaser video sent out to reservation holders.

The C1X prototype in the video is described as currently undergoing “preliminary testing”. We don’t know exactly what that entails, but the prototype appears to smoke a stock SUPER73 e-bike off the line, as one would expect.

SUPER73 is largely known as an electric bicycle company that is built around a strong community of riders and a powerful lifestyle brand.

When they unveiled the C1X electric motorcycle concept earlier this year, it was the first clue that the company had larger ambitions for two-wheeled EVs that passed beyond high-powered electric bicycles.

SUPER73 is also aiming for a city range of over 100 miles (160 km), but we don’t have any details yet regarding the actual battery capacity. Though to be fair, there are electric motorcycles that are much closer to production that we still don’t have information yet about their batteries either.

The bike is said to roll on 15″ wheels and offer a 31″ minimum seat height, making it more comfortable for shorter riders. It may end up being closer to a Honda Grom or CSC City Slicker-sized motorcycle.

Don’t expect to see it rolling out to reservation holders anytime soon though, as it appears to have a good year or more of development and production planning on the horizon.

We’ve seen other lightweight electric motorcycles from e-bike companies take their own long and circuitous path to production.

The Ryvid Anthem electric motorcycle has a similar power level and top speed as both the SONDORS Metacycle and the SUPER73 C1X, and is expected to roll out to reservation holders next year.

So while the SUPER73 C1X still appears to be prepping for testing, it will eventually roll out into a market with an interesting mix of lightweight and middleweight electric motorcycles designed to give riders motorcycle-level performance in a more approachable (and more affordable) format.

My single biggest remaining question though is this: How much will it cost?