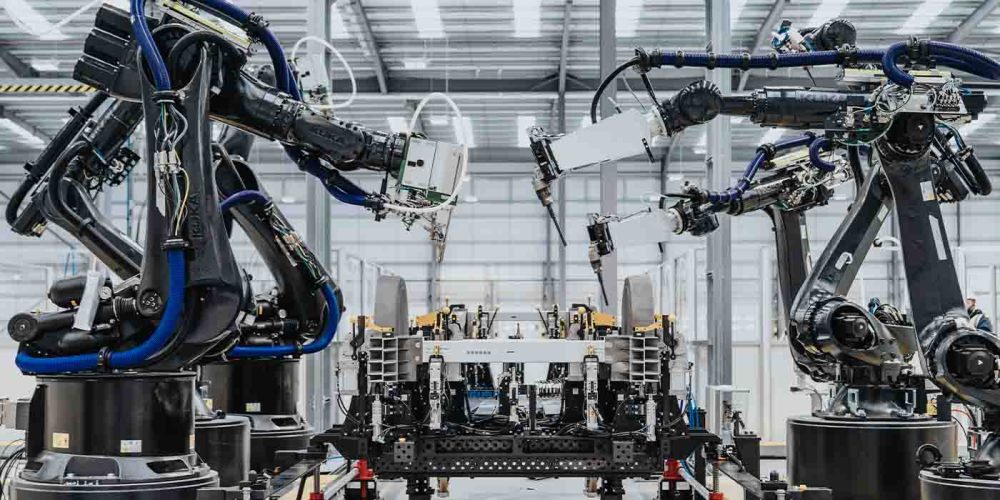 EV startup Arrival has completed a huge step in bringing its first commercial EV into production, particularly in the way its flagship Van is being assembled. Arrival has successfully built its first production-verification Van using its Microfactory in Bicester, UK, marking the start of a new streamlined assembly that could eventually shift how and where EVs are built in the future.

Arrival ($ARVL) is an EV start-up focused on delivering urban-centric mobility, which originally began with plans for an all-electric passenger Bus, a delivery Van, and a rideshare-centric Arrival Car designed alongside Uber.

Although the company currently has headquarters in both London and Charlotte, North Carolina, all of its R&D and design currently takes place in Bicester, where Arrival Van production will also begin.

Rather than pour hundreds of millions of dollars into the construction of mega production facilities, Arrival has taken the opposite approach. In what it calls its “Microfactory,” Arrival takes existing industrial facilities and installs its own assembly cells that can be quickly and efficiently implemented.

This strategy removes the need for any special foundations, pits for painting, or other assembly processes. Individual assembly cells are instead, bolted directly into the concrete floor. Each cell includes 3-4 off the shelf robots in addition to all the necessary equipment to guide parts around the facility, like autonomous robots for instance.

Since going public via SPAC merger in March of 2021, the start-up’s stock has stumbled, leading to an announcement this past July that it would be reorganizing its business to focus on Arrival Van production. As a result, Arrival put a complete halt to Arrival Bus and Car development for the time being.

Although Arrival has been making progress in building out production-ready Vans, none had been built in a Microfactory… until now.

The startup shared its latest feat in bringing its last-mile delivery Van to production in a press release today, alongside a status update for Arrival as a whole. The Van seen above is the first to be assembled in Arrival’s initial software-defined Microfactory using in-house technologies, composite materials, autonomous mobile robots, and other in-house components.

By successfully rolling off the Microfactory assembly line in the UK, this latest Van shows proof of concept for Arrival’s unique production approach and moves its creators one step closer to scaled EV production and initial deliveries. Arrival founder and CEO Denis Sverdlov spoke to the company’s progress so far:

Today is an important day for Arrival. This is the first time a vehicle has ever been built in our Microfactory, using a new method that does not use a traditional assembly line. Although we have not yet achieved serial production, we are focused on making it happen. We will continue to produce vehicles in our Microfactory in order to master at-scale production. It has been more difficult than we had initially imagined, and I thank the team for the immense amount of effort, technology, innovative breakthroughs, and problem solving.

While this remains a huge accomplishment for the EV startup, Arrival’s upcoming Van builds will not be reaching customers just yet… at least not this year. The company states that all Vans built at the UK Microfactory will be used for continued testing, validation, and quality control.

As for official start of scaled production and delivery timelines, Arrival says we will learn more during its Q3 earnings report taking place November 8. Perhaps we will also get an update on its Van production progress in the US as well, now that one Microfactory is successfully up and running. We will report back when we learn more in November.