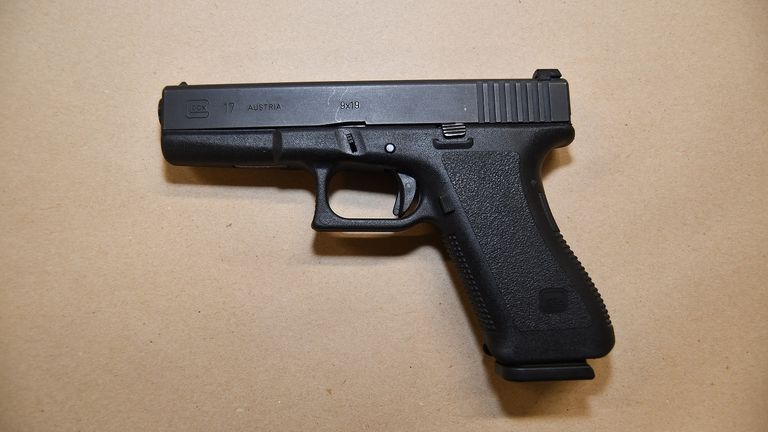 A 34-year-old man has been arrested on suspicion of the murder of nine-year-old Olivia Pratt-Korbel.

Olivia was killed in Dovecot, Liverpool on 22 August after a gunman fired shots into her home at about 10pm as he chased another convicted burglar Joseph Nee.

She was hit in the chest as she stood behind her mother who was injured after being struck in the wrist by the same bullet.

A spokesperson for Merseyside Police said: “The investigation into Olivia’s murder is ongoing and we continue to appeal for people with information to come forward to assist us in bringing those responsible to justice.

“Anyone with information is asked to DM @MerPolCC or contact @CrimestoppersUK on 0800 555 111.

“If you have any CCTV/dashcam/smart doorbell footage that could help our inquiries they can be downloaded on the dedicated public portal for Olivia’s murder, which will go straight through to the investigation team.”

Nine men have been arrested so far in the investigation, but they have all been released on bail and no one has been charged.

Police said on Wednesday that officers had spent 15,000 hours on the case, that there were 2,000 exhibits, and that thousands of hours of CCTV had been looked at.

The man who was chased and shot by the killer remains in hospital.

Last week it was announced a £200,000 reward was being offered for information leading to the conviction of those responsible.

It is the biggest reward in Crimestoppers’ history.

The charity’s founder and chairman, Lord Ashcroft, had previously put up £50,000 but the reward was increased after a private donor offered £100,000 and the businessman matched it.

“This case has been incredibly shocking, not just for those who are directly affected, but also for Liverpool and the nation as a whole,” Lord Ashcroft said.

Detectives also searched a golf course in the weeks after her death, promising to leave “no stone unturned”.

A ‘splash of pink’ for Olivia

A service was held for Olivia on 15 September, with mourners asked to wear a “splash of pink” to remember the “chatty and bubbly” little girl.

“Olivia loved to sing and dance. She’d always be singing along to songs she enjoyed, especially when we would be driving in the car and she would always be in charge of the CD player,” her mother said, giving her eulogy.

“Olivia knew exactly how to wrap people around her little finger to get what she wanted, especially her brother Ryan and sister Chloe.

“She would often give them a cheeky smile and they would give in instantly.”

“She would have made a great lawyer as she had an answer for everything.” 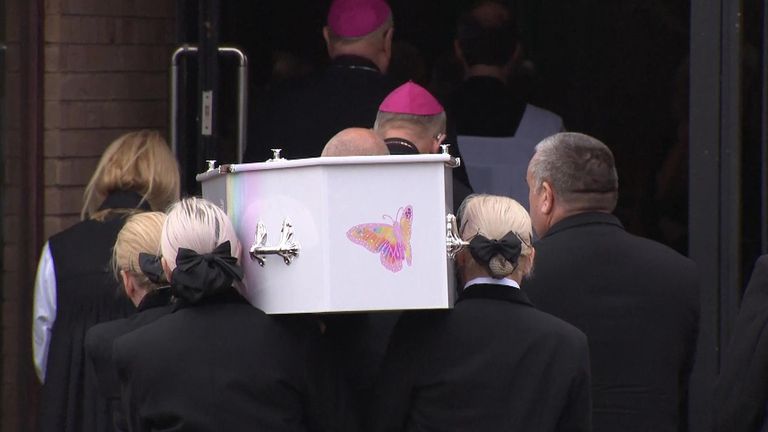 Ms Korbel added: “Liv touched so many people’s hearts and was loved and adored by everyone.

“She will never be forgotten. I will never say goodbye but what I will say is goodnight, love you, see you in the morning.”

Incels waging ‘war against women’ and pose ’emerging threat to children’, study finds
Labour surges to record lead in polls as Truss insists mini-budget did not cause economic turmoil