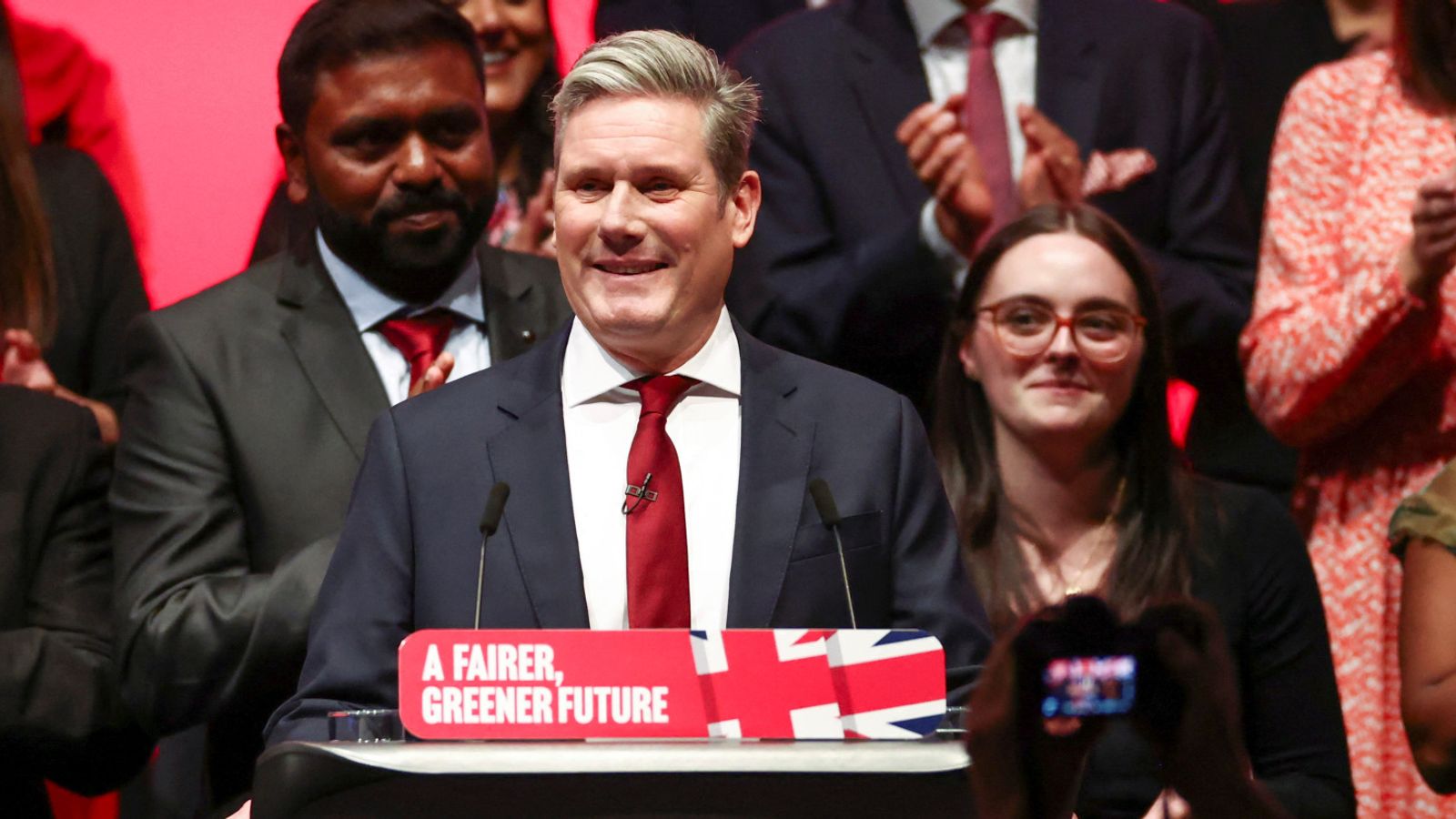 Labour has surged to record leads in multiple polls following the economic turmoil after the government’s mini-budget.

A YouGov/Times poll placed Labour 33 points ahead of the Conservatives, believed to be the largest lead for Labour in any recorded poll since 1998, when Tony Blair was enjoying his “honeymoon period”.

And a Survation poll had Labour on a 21 point lead – also the largest Labour lead the pollsters have ever recorded. Some 49% would vote for Labour while 28% for Conservatives, the survey found.

A Deltapoll/Mirror poll put Labour 19 points ahead of the Tories, with 48% of voters from Tuesday to Thursday saying they would vote for Labour and 29% for the Conservatives.

Much of the YouGov poll’s Labour lead was buoyed by 17% of people who had previously voted for Boris Johnson saying they would now vote for Labour – double that of a week ago.

26% of Tory voters also told YouGov they now do not know who to vote for.

Another said they were “shell-shocked”.

Election Maps UK collated the YouGov data and found if a general election was held tomorrow Labour would gain 296 seats to have a majority of 346, with the Tories losing 304 seats, leaving them with just 61 MPs.

Sir Keir Starmer has enjoyed a bounce following the Labour conference this week, which was generally seen as positive for the opposition leader.

His popularity has boomed even more as the markets continue to react negatively to the chancellor’s £45bn package of tax cuts revealed less than a week ago.

Even since Tuesday, four days after the mini-budget, Labour has continued to gain in the polls.

Thursday’s YouGov poll gave Labour a nine-point boost from a poll it did from last Friday to Sunday, while the Tories went down seven points.

However, in a series of interviews on Thursday – their first since the pound reached a record low on Monday – Liz Truss and chancellor Kwasi Kwarteng doubled down as they blamed global events for the economic turmoil.

The prime minister insisted the government took “decisive action” that will aid growth and said the government had to take “urgent action” to kick-start the economy and protect consumers from rising energy costs.

During a visit to an engine plant in Darlington, the chancellor said the plan is aimed at “protecting people right across the country” and was “absolutely essential” for growth.


Mr Kwarteng also tried to rally Tory MPs on Thursday as several have spoken of their despair and anger at the economic plans and the subsequent turmoil.

In a message, he wrote: “Colleagues…I understand your concern.

“We are one team and need to remain focused.

“The only people who win if we divide is the Labour Party.”

Conservative chair of the powerful Treasury Committee of cross-party MPs, Mel Stride, also wrote to Mr Kwarteng on Thursday demanding he publishes the independent Office for Budget Responsibility’s full forecast by the end of October instead of 23 November, and also bring forward the budget planned for then as well.

Mr Stride said it is “hard to conclude other than that an absence of a forecast has in some part driven the lack of confidence in markets”.

He added: “Some have formed the unfortunate impression that the government may be seeking to avoid scrutiny, possibly on account of expecting the OBR forecast to be unsupportive of the achievement of the economic outcomes the government expects from the growth plan, including 2.5% trend growth in the medium term.”

Olivia Pratt-Korbel: Man arrested on suspicion of murdering nine-year-old girl
Queen’s cause of death revealed in extract of certificate