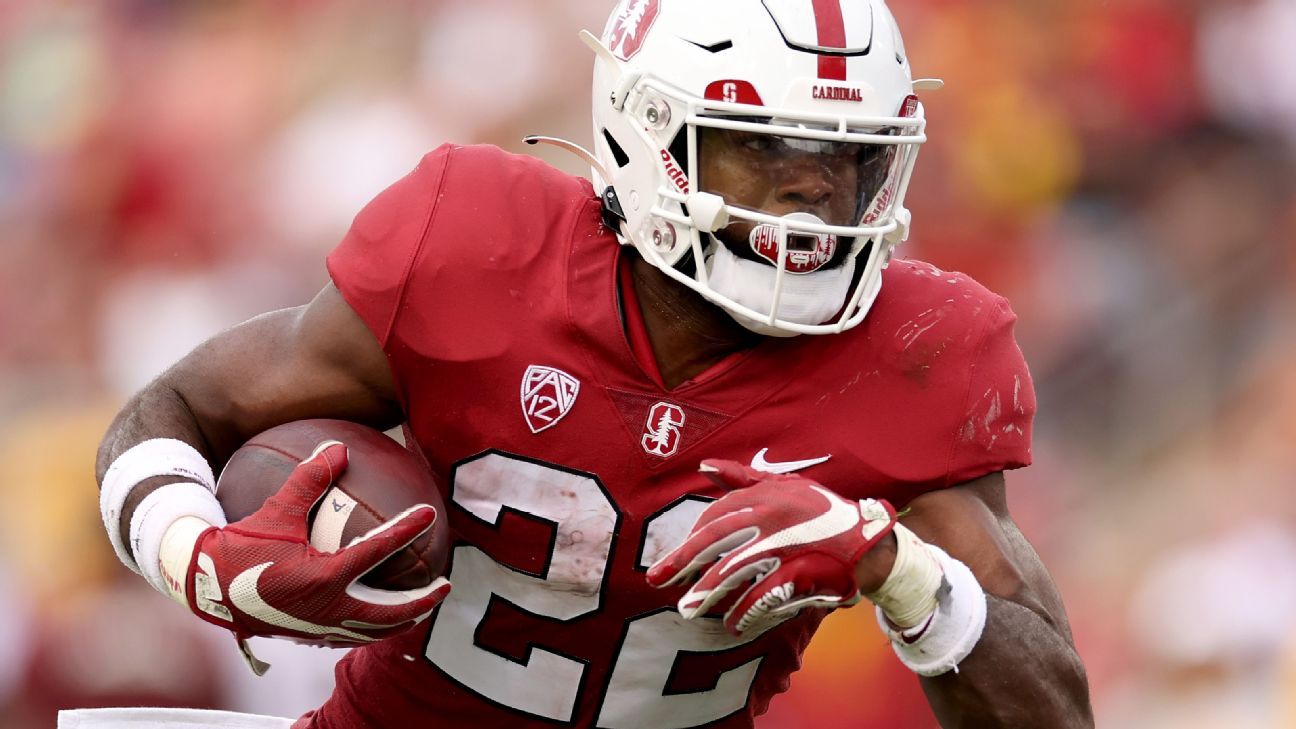 Stanford running back E.J. Smith will miss the rest of the season due to an undisclosed injury, coach David Shaw said Tuesday.

Smith, the son of NFL all-time leading rusher Emmitt Smith, picked up the injury in Stanford’s loss to USC on Sept. 10, and he did not appear in a loss to Washington on Saturday. Initially, Shaw said he expected Smith to return after one or two games, but further evaluation changed the timeline.

“I don’t think there’s an option for him to continue (this season). He’s got to get his body taken care of. Trust me, he wishes it was not this way,” Shaw said. “He told me last week, ‘Coach, I can’t wait to play against Oregon. I’m going to be there for you. I need to get back in there.’ But the doctors are right and it’s wise for him — both now and for his future — to get this taken care of and come back in ’23 bigger, faster, stronger.”

In two games to begin the season, Smith rushed for 206 yards on 30 carries with three touchdowns. Casey Filkins is expected to start in Smith’s absence. He rushed for 100 yards on 20 carries against Washington.

Who will make the College Football Playoff?
Heisman Watch 2022: Early contenders, key moments and a Q&A with Kansas’ Jalon Daniels