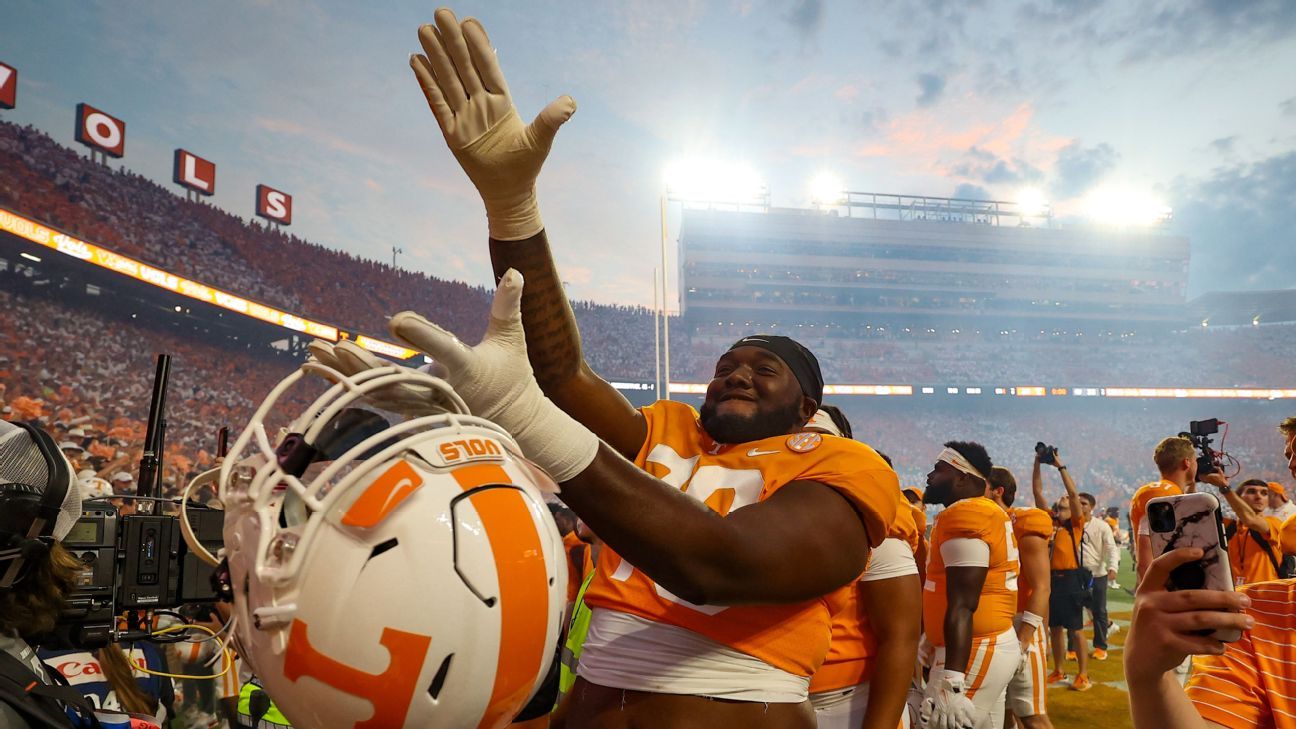 KNOXVILLE, Tenn. — The roar of the Neyland Stadium crowd was still ringing in Tennessee coach Josh Heupel’s ears when he finally got home late Saturday night.

“And that’s a good thing,” Heupel told ESPN. “There’s always the next game, but a scene like that is something you don’t want to forget. I’ve never seen anything like it.”

He hopes to see a lot more like it, as does a suddenly recharged

But, as Heupel is quick to point out, the Vols are still in the early stages of that climb. After an open date, they play LSU on Oct. 8 and Alabama on Oct. 15, facing two of the past three national champions. That’s not to mention a game with No. 7 Kentucky on Oct. 29 and a trip to defending national champion Georgia on Nov. 5. The win over Florida was only the fifth Tennessee victory over Alabama, Florida or Georgia since the start of Fulmer’s final season in 2008, making the Vols 5-38 against those teams in that span.

That’s why Heupel was right back at the football complex at 7:30 Sunday morning meeting with recruits.

“There’s always another big game, another test right around the corner,” he said.

And while the Vols have more points through four games (194) than any Tennessee team since 1915 (202), Heupel isn’t about to get ahead of himself. The Vols made the kinds of mistakes in their first two games against nationally ranked opponents (Pittsburgh and Florida) that usually result in defeat — blocked punts, fumbled punts, fumbles in the red zone and not recovering onside kicks.

What’s more, Tennessee has struggled mightily against the pass on defense, both in getting to the quarterback and especially at covering receivers. The Vols are also precariously thin at some key positions, including the offensive line and defensive secondary.

“There are so many things we can do a lot better and will have to do better as we go forward, but I go back to the resiliency of our players,” Heupel said. “Obviously, we didn’t finish that game the way we needed to, and you could sense that from the crowd a little bit when [Florida] got the onside kick. But what I love about our group is that they just keep playing.”

One of the Heupels’ traditions after games is gathering all the family members in town for a picture on the field.

Heupel and his wife were looking through those pictures together late Saturday night.

“We’re all standing there together and the stadium is still checkerboarded behind us, and this is still probably 20 minutes after the game had ended,” he said. “That’s going to be a cool background to that picture for us.”

Come December, Heupel wouldn’t mind having a few more pictures like that to admire.