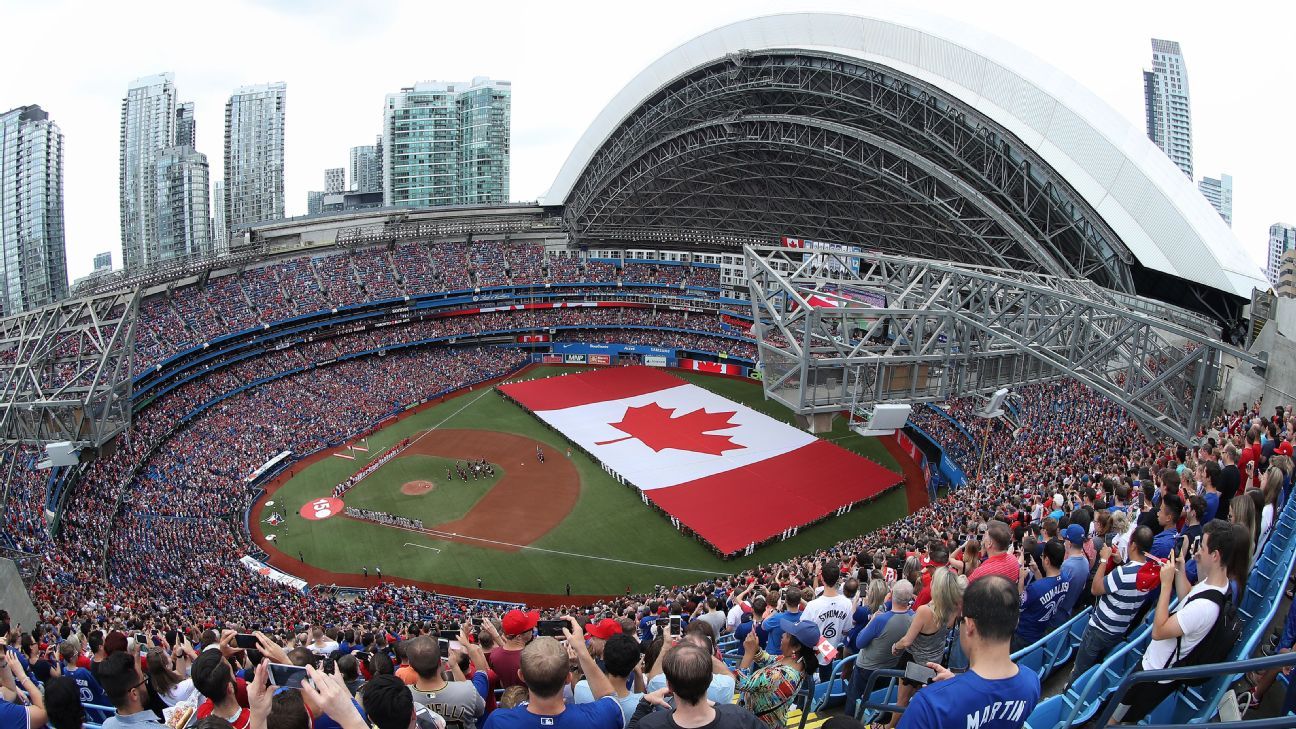 TORONTO — The Canadian government confirmed Monday that noncitizens entering the country — including professional athletes — will no longer be required to be vaccinated against COVID-19 beginning in October.

The Associated Press reported last week that the decision was imminent.

Removal of the vaccine mandate means unvaccinated Major League Baseball players would be allowed to play in Toronto in the playoffs should the Blue Jays make the postseason.

It would also apply to the National Basketball Association and the National Hockey League. Unvaccinated players are currently not allowed to cross the border into Canada.

Unvaccinated foreign travelers who are allowed to enter Canada are currently subject to mandatory arrival tests and a 14-day quarantine.

Canada also announced that, as of Saturday, it will no longer require people to wear masks on planes to guard against COVID-19.

“We are able to do this because tens of millions of Canadians rolled up their sleeves and got vaccinated,” Transport Minister Omar Alghabra said.

Health Minister Jean-Yves Duclos said the negative attitudes of some passengers have made it hard for airlines and crews to enforce the mask mandate in recent months, and cited that as a factor in the decision.

The government is also ending random COVID-19 testing at airports. And filling out information in what became an unpopular ArriveCan app will no longer be required. Some blamed it for delays at airports.

Travelers will also no longer be required to have pre-board tests for cruise ships.

“The removal of border measures has been facilitated by a number of factors, including modelling that indicates that Canada has largely passed the peak of the Omicron BA.4- and BA.5-fuelled wave, Canada’s high vaccination rates, lower hospitalization and death rates, as well as the availability and use of vaccine boosters (including new bivalent formulation), rapid tests, and treatments for COVID-19,” the government said in a release.

The Public Health Agency of Canada still strongly recommends that people wear masks, particularly in crowded environments such as planes and trains.

Canucks’ Boeser (hand) to miss 3 to 4 weeks
‘This team is different’: Vols, fans looking for more after finally slaying Gators