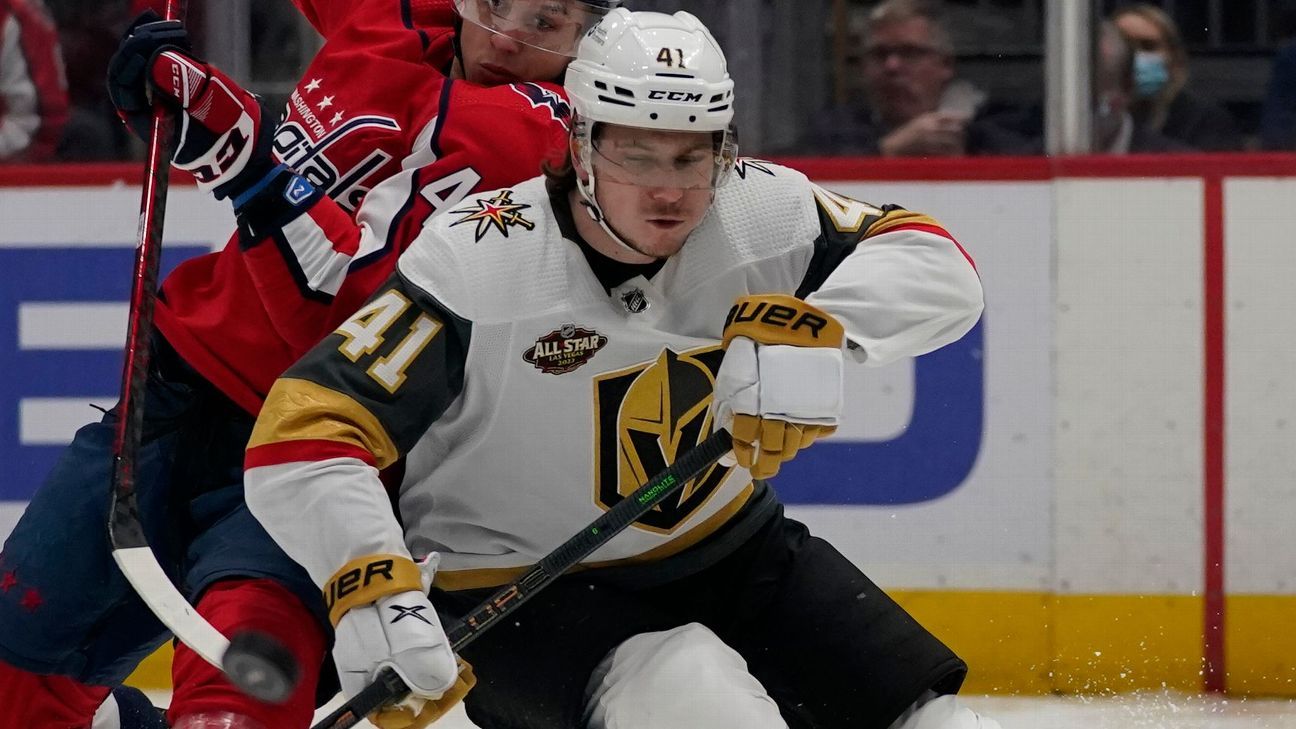 The Flyers traded Patrick in a three-way deal that had him end up in Vegas. Ironically, Philadelphia announced on Thursday that defenseman Ryan Ellis, whom they acquired from Nashville in the Patrick trade, is expected to miss the 2022-23 season with a back injury.

Vegas GM Kelly McCrimmon also reaffirmed that goalie Robin Lehner will miss the entire season after hip surgery and that defenseman Shea Weber will also not play in 2022-23.

Weber’s contract was acquired in June from Montreal in exchange for winger Evgenii Dadonov. It was a move designed to open salary cap space for the Knights, as Weber will be placed on long-term injured reserve. His last NHL appearance was Game 5 of the 2021 Stanley Cup Final, as he didn’t see the ice for Montreal last season due to multiple injuries that were expected to end his NHL career. Weber is signed through the 2025-26 season.