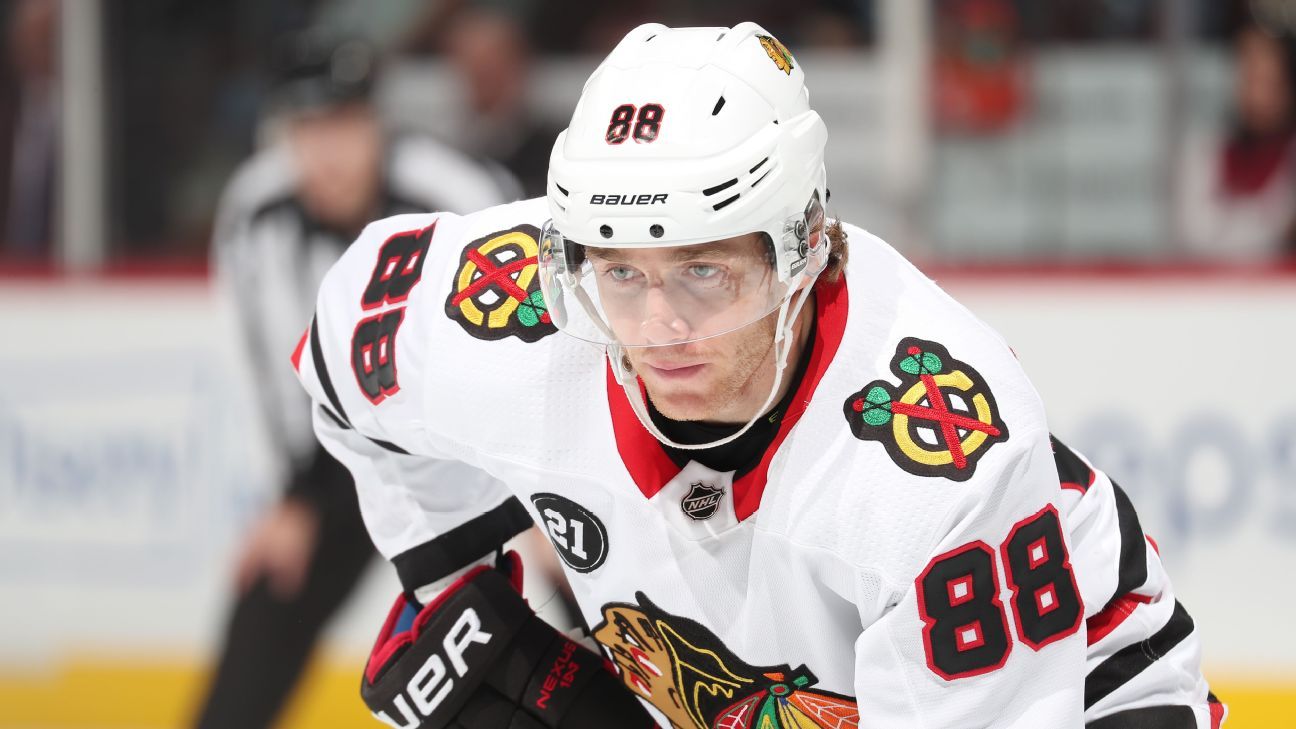 “You pay attention to it a little bit at first, and then you block it out after that,” Kane said. “It is what it is.”

The same could be said for where Chicago is currently. After a decade-long run of success that included three Stanley Cup victories, the Blackhawks are well into a lengthy restructuring and projected to be one of this NHL’s worst teams this season. How long it takes for Chicago to recover is anyone’s guess. And at this point, Kane said he hasn’t talked to the Blackhawks about a potential extension to stay on past the 2022-23 campaign.

“There really hasn’t been much discussion on anything,” Kane said. “It’s not anything we’ve really discussed. I think we all know the situation and what could potentially happen, but it’s not really anything I’m thinking about yet. We’ll see how everything plays out.”

If anything, the past few months have taught Kane to expect the unexpected. Davidson sent shockwaves through Chicago — and the hockey world at large — when he traded winger Alex DeBrincat to Ottawa in July. Kane and DeBrincat were longtime linemates and Chicago’s top scorers each of the past two years (Kane led the way with 91 points in 2021-22, just ahead of DeBrincat’s 78).

The DeBrincat move fully signaled Chicago’s change in direction and was personally gutting for Kane.

“That’s disappointing; it was kind of crushing at first,” Kane said of DeBrincat’s departure. “Not only did we have some great chemistry on the ice, but he was one of my best friends and closest teammates off the ice, too… we really pushed each other. He’s definitely a guy I’ll miss playing with.”

Kane will instead open this training camp on a line with Max Domi, who signed his one-year free agent contract with Chicago last summer. Domi was one of several Davidson additions in an offseason that included acquiring a new starting goaltender in Petr Mrazek (brought on via trade with Toronto) and hiring head coach Luke Richardson to replace interim bench boss Derek King.

Getting to know the fresh faces is where Kane’s focus lies. There is no “nagging [injury] issue” holding him back ahead of this camp like it did the past two seasons, so overall Kane said he’s feeling pretty good. The veteran acknowledged there are obstacles ahead for the Blackhawks to meet head on, but Kane is confident Chicago can perform better than expected.

“Everyone has a pretty positive outlook on the season, and I think we want to prove a lot of people wrong,” he said. “We’re all dealing with a new coach and new systems. It’ll be a challenge, but it’ll be good. We’ll just try to get the most out of this training camp and preseason and I’ll do what I can to get ready for the season, and help some guys along.”