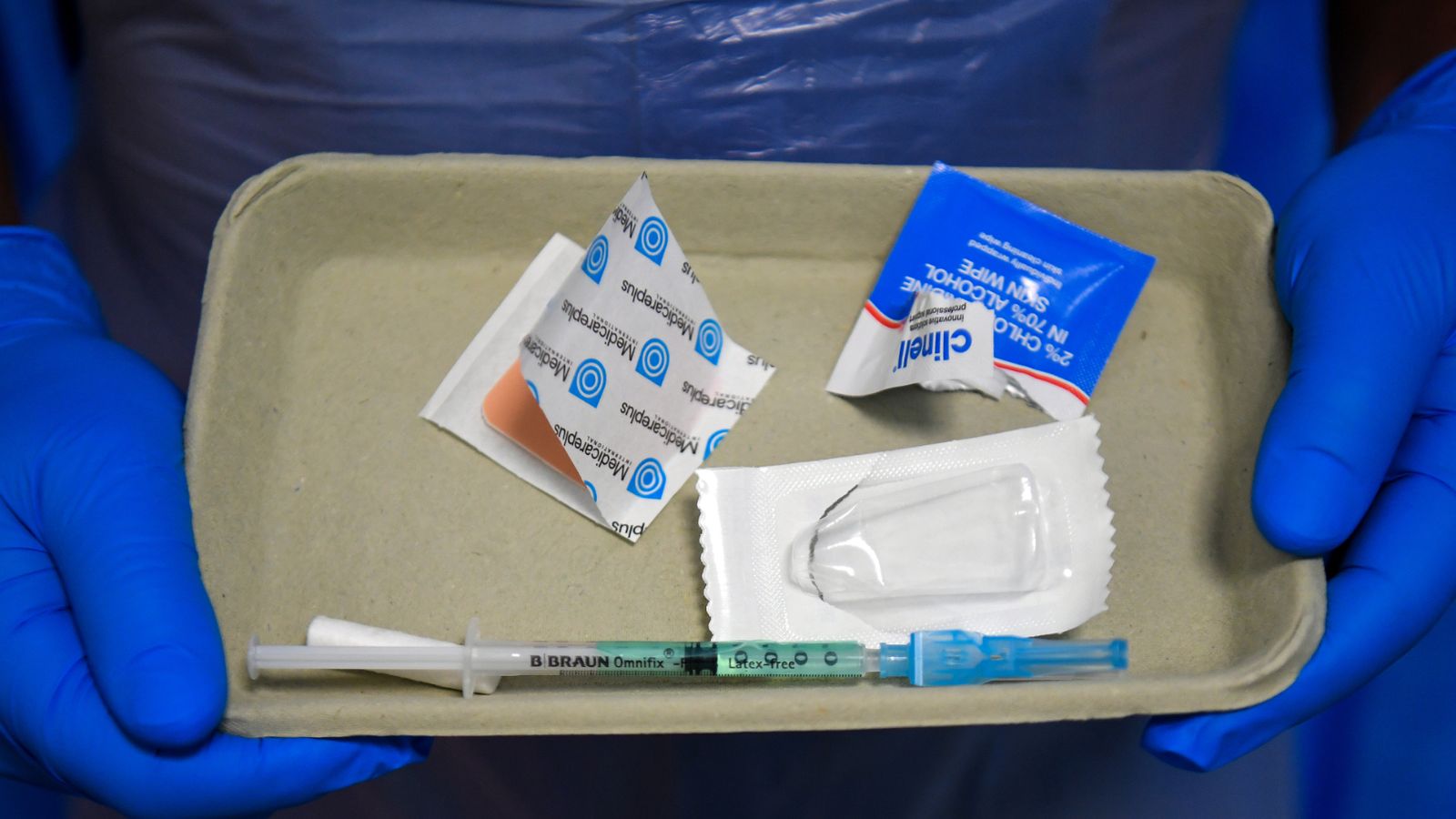 Up to 60 million doses of COVID vaccine will be manufactured at Barnard Castle in the North East, Boris Johnson has announced.

The prime minister revealed that the Novavax jab – which has yet to be approved – will undergo its “fill and finish” stage at a GlaxoSmithKline (GSK) facility.

Part of the vaccine is already being produced in the North East, at a Fujifilm site in Billingham, Stockton-on-Tees, as it awaits approval from the Medicines and Healthcare products Regulatory Agency (MHRA).

Live COVID updates from across the UK and around the world

The GSK facility – which will undertake the final step of the Novavax vaccine’s manufacture from as early as May – is in the same County Durham town that was notably visited by the prime minister’s former chief aide Dominic Cummings last year.

The visit to Barnard Castle saw Mr Cummings, who has since departed Number 10, accused of breaching lockdown rules – but he claimed he had made the journey as a means of testing his eyesight.

Speaking at a Downing Street news conference on Monday, Mr Johnson said: “I’ve already told you that Novavax – a potentially significant new weapon in our armoury against COVID – is going to be made at Fujifilm in the North East.

“And I can today announce that the vaccine taskforce has reached an agreement with GlaxoSmithKline to finish and bottle this precious fluid also in the North East.

“Giving us between 50 and 60 million doses of UK-made vaccine, subject to the right approvals from the MHRA.” 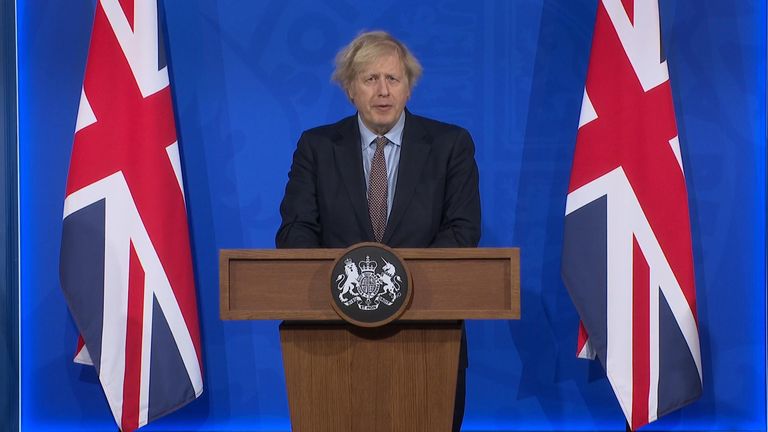 PM: ‘We must proceed with caution’

The prime minister did not specifically mention the GSK facility being used for the Novavax jab was its Barnard Castle site.

But Roger Connor, president of GSK vaccines, said in a statement: “GSK is delighted to support Novavax and the UK vaccines taskforce with this manufacturing arrangement for the UK and our Barnard Castle facility is now undertaking the rapid preparation work required to manufacture up to 60 million doses of this vaccine.

“We have ensured that we can deliver these volumes without impacting supply of our other vital medicines and vaccines, and without disruption to the other COVID-19 collaborations GSK is engaged in globally.”

The protein antigen component of the Novavax jab is being produced at the Fujifilm site, while GSK will prepare vials of the final vaccine at Barnard Castle and package them for distribution and use.

GSK said the Novavax jab has shown “strong potential efficacy” against coronavirus in phase three clinical trials, including against the COVID variant that was first discovered in Kent. 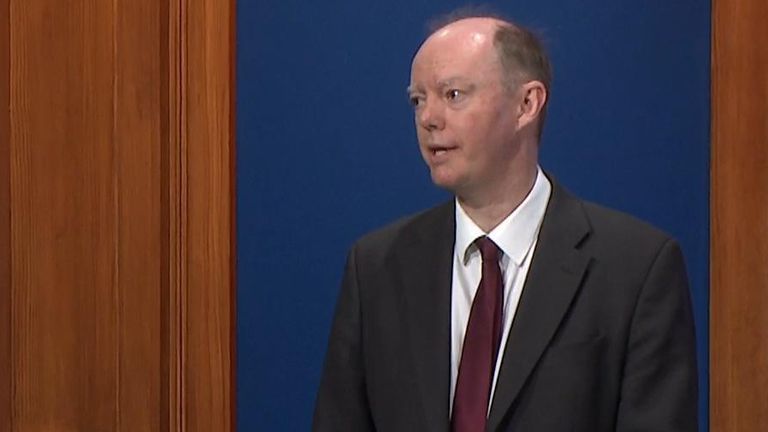 Health Secretary Matt Hancock said: “We’ve all seen just how important onshore vaccine manufacturing capabilities are, and this fantastic deal will ensure more of these vital products can be produced here in the UK.”

The NHS recently warned of a month-long “significant reduction” in vaccine supplies, with vaccination efforts in April to now concentrate on delivering people’s second doses.

However, ministers have said they remain on course to meet their target of offering a first dose of a COVID jab to the top nine priority groups by 15 April, as well as all UK adults by the end of July.

The supply problems follow delays to shipments from India, while they also come amid a vaccine row with the EU.

Mr Cummings described last year how, on 15 April, he and his family “drove for roughly half an hour and ended up on the outskirts of Barnard Castle town” as part of a “short drive to see if I could drive safely”.

The trip came 15 days after he first suffered COVID symptoms and when he wanted to return to London to work, Mr Cummings said.

Earlier in April 2020, Mr Cummings, along with his wife and child, had driven to the North East from London during the UK’s first lockdown when they suspected they had COVID.

The row caused by Mr Cummings’s actions prompted demands for Mr Johnson to sack his chief aide, but the prime minister resisted those calls.

PM may have avoided knock-out punch – but he soon faces another huge potential blow-up
Polio virus found in sewage as health officials declare national incident
Will others follow Tory chairman out of the door?
British Airways workers at Heathrow vote to strike during school summer holidays
PM admits by-election defeats not ‘brilliant’ – but shrugs off potential Tory plot to replace him