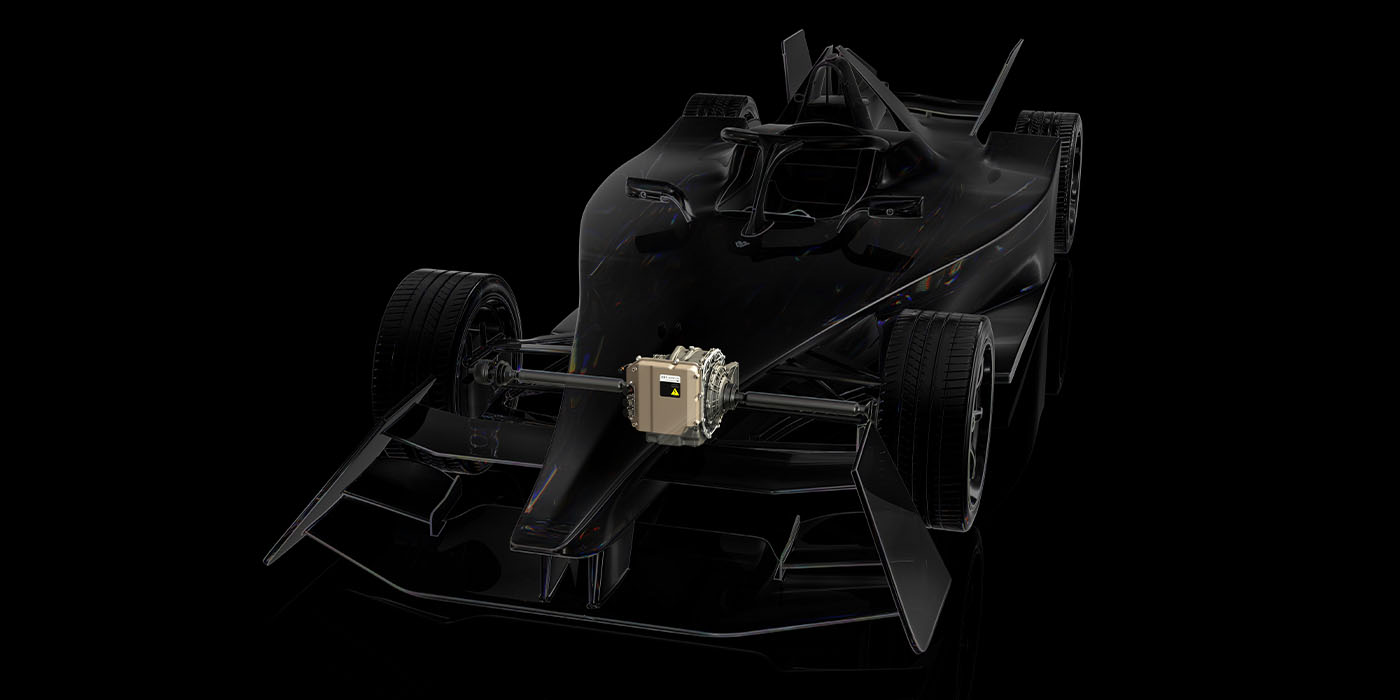 Lucid Group has shared an interestingly timed press release late this evening/early this morning, depending on where you live. The American automaker has unveiled a new electric drive unit designed specifically for motorsports, including the “world’s leading single-seater electric racing series.” One look at the photo above is a clear indication this drive unit is for Formula E, but better still, Lucid shared that the technology is already present in all of the Gen3 EVs competing in the ninth season of the championship series that began two weeks ago.

To truly understand how Lucid Group got involved in motorsports and how the hell it snuck its tech into Formula E without many people noticing, you have to start at the automaker’s beginning.

Back in late 2000’s, long before the Lucid Air or even Lucid Motors for that matter, there was Atieva – the precursor to the Group that brought us the ultra-speedy tri-motor Sapphire. Back then, however, Atieva, was focused on developing batteries and electric powertrains for other vehicle manufacturers, accumulating over 50 patents pertaining to its core battery system in the United States alone.

By 2013, Atieva had become a highly capable producer of connected battery packs and electric powertrains, so naturally its team began entertaining the idea of developing a car of its own. As fate would have it, that’s when Tesla’s former VP of Vehicle Engineering and Chief Engineer of the Model S, Peter Rawlinson, joined the team as Chief Technology Officer.

Following a nine-figure round of funding a year later, Atieva began its journey to developing what would become the Lucid Air, rebranding itself along the way. While much of Lucid’s focus the past eight years has been bringing its flagship EV to market, it’s nice to see the company hasn’t forgotten where it came from.

Better still, Lucid has still been developing advanced EV technology for motorsports without making a huge deal about it. That could have something to do with the FIA, and it’s not like Lucid has hidden the fact that its been working with Formula E … it’s just been doing so under a familiar pseudonym.

If you’ve really been paying attention to Formula E the past two years (who hasn’t right? … right?) Lucid’s news this morning should come as little surprise. The Lucid Group was already developing and supplying battery packs to the Formula E vehicles under the Atieva monicker when news came out in 2021 that it would be supplying the “front powertrain kit” to the championship racing series’ third generation of EVs.

Flash forward two years, and here we are, sharing Lucid’s news about its “Atieva” technology inside Formula E vehicles without specifically mentioning the series by name. What’s even more of a head scratcher is the timing itself. Lucid dropped this bomb firecracker of news while you all were sleeping and a whole two weeks after the Formula E vehicles equipped with the drive units began racing. Better late than never I suppose?

Ok, enough about the bizarre love triangle between Lucid, Atieva, and Formula E and back to the tech itself. This new electric front drive unit combines the motor, inverter, differential, and transmission into one cohesive unit that produces 469 horsepower and is capable of a max rotor speed of 19,500 rpm.

Additionally, the drive unit only weighs 70.5 pounds (32 kg) – providing power density that is a bit of a calling card for Lucid Motors these days. Lightweight power is also perfect for motorsports, but that probably goes without saying. Lucid Group CEO and CTO Peter Rawlinson shared his thoughts:

With incredible power density of 14.7 hp/kg and immense energy recuperation, this drive unit will once again transform electric motorsports, following in the footsteps of our revolutionary battery pack in prior race seasons. For Lucid, the transfer of technology between motorsports and road cars is a two-way symbiosis. This new motorsports drive unit builds directly upon the groundbreaking powertrain technology developed in-house by Lucid and proven on the road in every Lucid Air. I’m excited by the prospect that some of the technical advancements introduced may in turn make their way to future Lucid road cars

Lucid explains that when you tune into Formula E, the nose cone of every Gen3 race car is being powered by its new drive unit, which also provides regenerative energy recovery from the front wheels under braking. The automaker explains that this design enhances the racing EV’s performance, efficiency, and “relevance to road car advancement.”

The system also features the same high-voltage, continuous wave winding and proprietary microjet cooling system present in the Lucid Air, although my money is probably on the Formula E racer when it comes to the track.

So what do you think? Surprised?

Are you more interested to check out Formula E now? Round 2 starts in Diriyah on January 27.