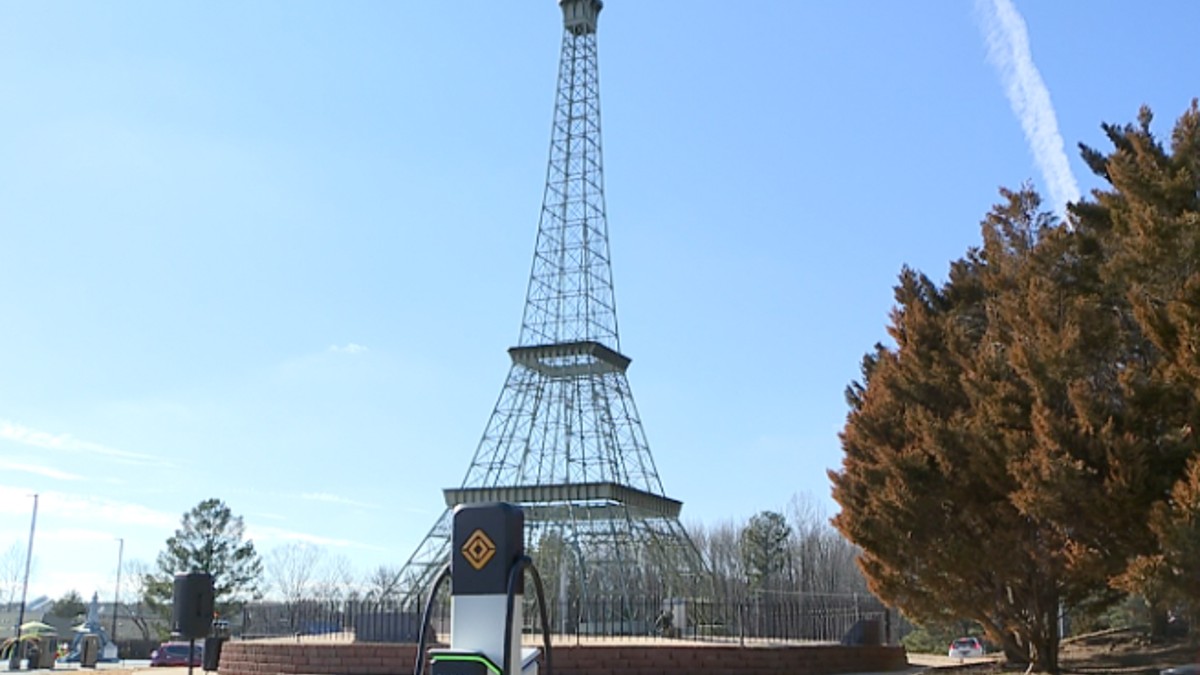 Rivian and solar company Clearloop have debuted the first of Rivian’s solar-powered EV chargers in Tennessee.

Rivian’s first Waypoints EV charger is in Paris, Tennessee, a city with a population of around 10,000 that’s two hours northwest of Nashville.

Rivian’s new Waypoints at Eiffel Tower Park in Paris, at 1020 Maurice Fields Drive, has a J1772 plug. And bonus: It’s right next to a 70-foot replica of the Eiffel Tower that drivers can admire while they’re charging.

Rivian provided upfront financing for the 1 MW solar farm, which is part of a larger 6.75 MW project that will cover electricity used by Rivian Waypoints chargers in Tennessee state parks and other clean energy projects in the region.

As of December 2022, Rivian’s 1 MW portion of the Paris Solar Farm-Puryear is expected to annually generate more renewable energy than all the state park sites’ needs.

According to Nashville-based Clearloop, Tennessee’s grid is powered by only 0.4% solar. The Solar Energy Industries Association (SEIA) says that as of third quarter 2022, Tennessee had 609 MW of solar installed and that the percentage of Tennessee’s electricity from solar is 0.9%.

Tennessee’s national solar ranking is 31st among the 50 states.

Either way, Tennessee doesn’t even break 1% when it comes to solar, so the Volunteer State has a lot of scope for improvement. And sadly, it’s going in the wrong direction: the SEIA projects that Tennessee will fall from 31st to 35th over the next five years, with only 1,286 MW growth projection.

The Tennessee Valley Authority, which covers all of Tennessee and is federally owned, did decide to develop a statewide network of EV fast chargers in February 2021, so that’s a great thing. But TVA only has 14 solar sites and no wind. It needs to do better.