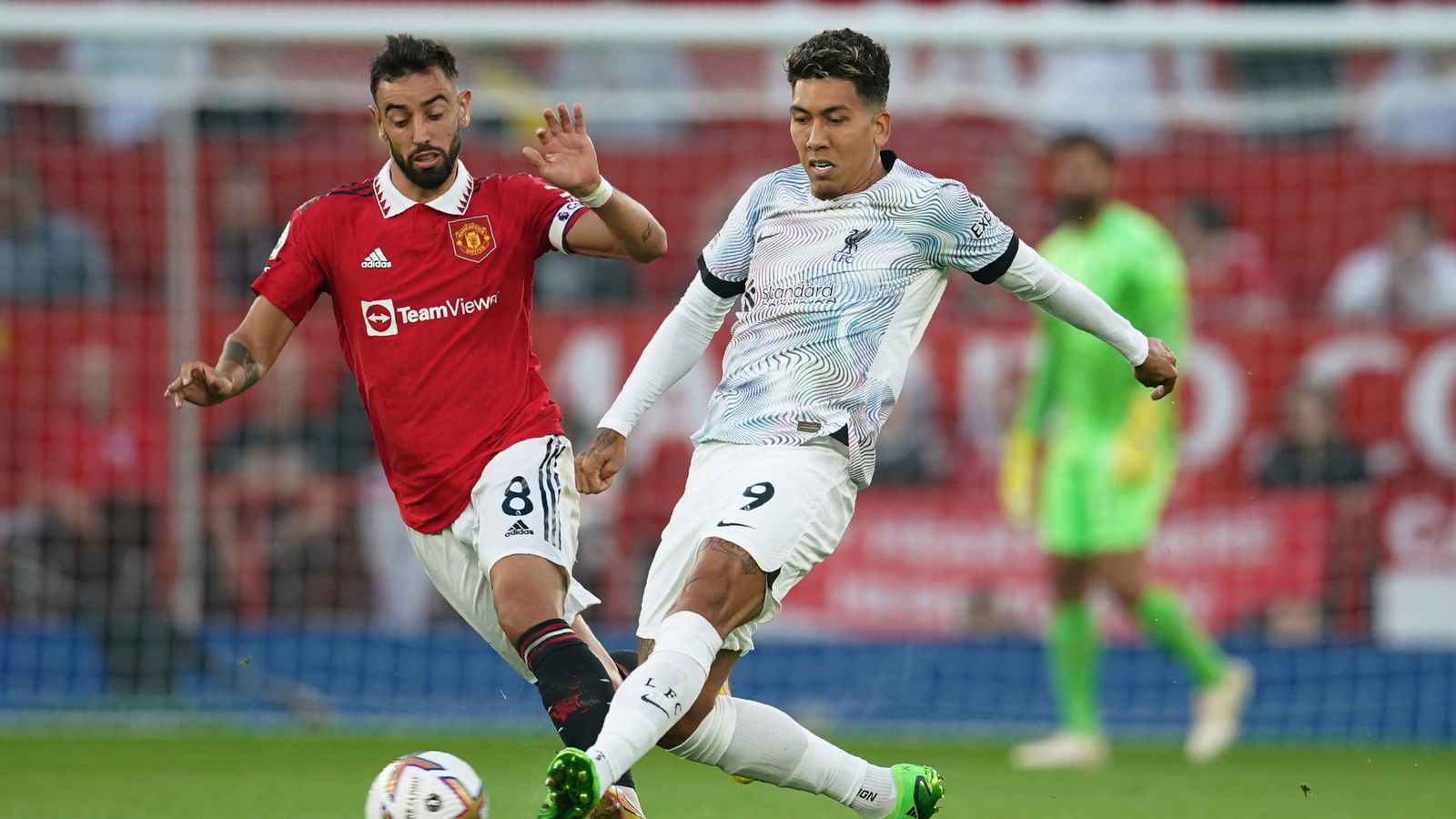 Liverpool and Manchester United supporters will temporarily set aside their historical enmity this week by uniting to demand tougher ownership rules for English football clubs.

Sky News understands that the Reds’ and Red Devils’ biggest fan representative groups will issue a rare joint statement to urge ministers to include a beefed-up test for club owners and directors in an imminent white paper.

The intervention by the Spirit of Shankly (SoS) and Manchester United Supporters’ Trust (MUST) will underline the determination of English football’s two most successful teams’ fan-bases to secure greater influence of how their clubs are run.

It will be the most significant act of unity between them since the European Super League was abandoned by its six English participants nearly two years ago.

Draft legislation on football governance, which will include plans for a new independent regulator, is expected to be published next month.

It will come as the owners of Liverpool and Manchester United work with corporate financiers on processes which could trigger the emergence of new minority or controlling shareholders.

New York-listed Manchester United confirmed an exclusive Sky News report in November that it had hired bankers to explore a sale that could result in the Glazer family relinquishing control of the club.

Liverpool’s owners, Fenway Sports Group, are also examining whether to sell their interest.

A number of sovereign wealth funds have been linked with both clubs, while Jim Ratcliffe, the Ineos petrochemicals tycoon, has publicly declared his interest in buying the Red Devils.

In their statement, to be issued on Wednesday, Joe Blott, SoS chairman, and Duncan Drasdo, MUST chief executive, will say: “By common consent, our clubs are the biggest in English football and, with a combined worldwide fanbase of over 200m people, they are widely recognised global institutions – in fact perhaps two of the most well-known British institutions worldwide.

“That global profile will likely attract many potential bidders, including some whose primary motivations may not respect either the cultural heritage of our clubs or the values and interests of supporters.

“We think that should be a matter of importance to the government.

The two supporters’ groups will say they welcome proposals for a new independent football regulator, while warning that “there is a danger it will come too late for the country’s two biggest and most successful clubs”.

“Manchester United and Liverpool fans are the most fierce rivals.

“If we can come together with common cause then we believe the government can work out a way to ensure its intended Independent Regulator for English Football (IREF) and stronger ownership rules can be introduced quickly enough to safeguard the future of our two clubs.”

The two supporters’ groups will say they are particularly focused on the scope and content of a strengthened owners and directors test, the corporate governance framework within which they would be required to operate, and rules guaranteeing supporters “significant input into how their clubs are run”.

The Glazer family has been consulting on a fan share ownership scheme since 2021, but it has yet to be launched.