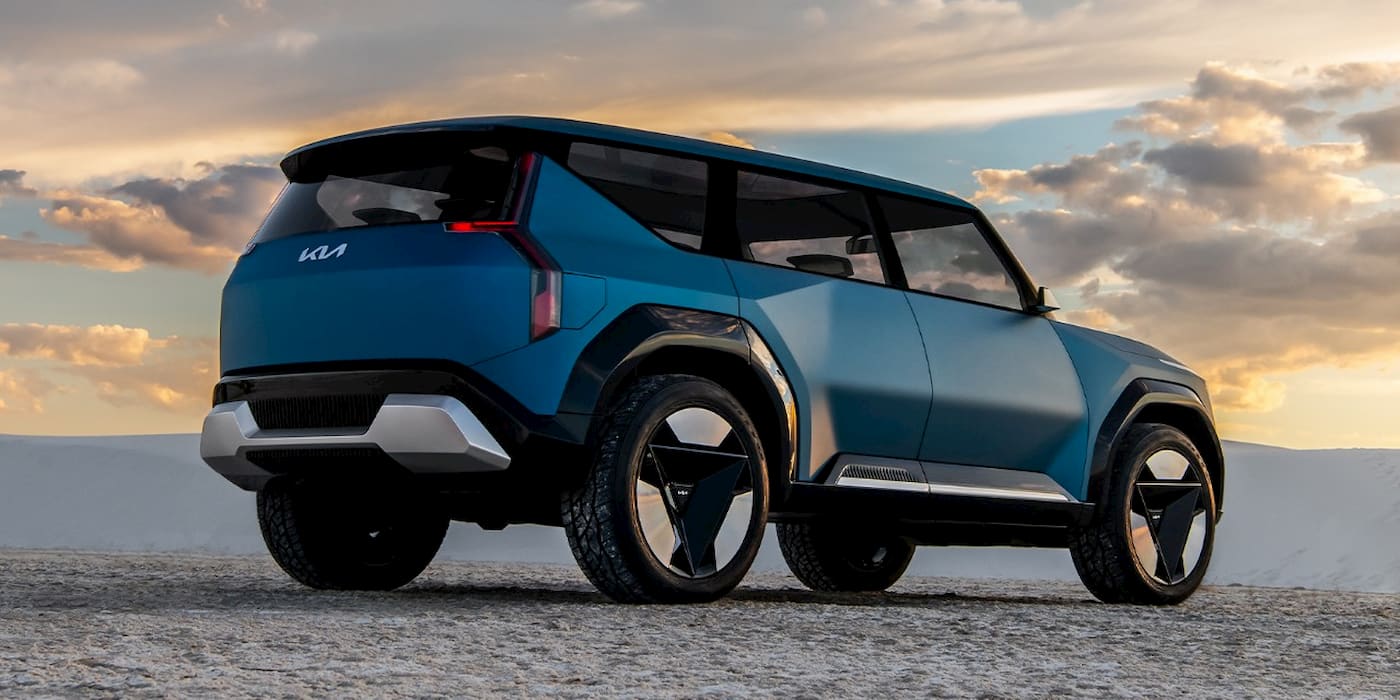 The highly anticipated 2024 Kia EV9 will debut this year with a bold design and a slew of innovative features. Despite the excitement, Kia has kept the EV9 specs to itself – that is, until now.

A customer survey sent to Electrek by a current Kia Telluride driver shows what could be our first look at the 2024 Kia EV9 specs. The survey shows five different trim options with all-electric ranges from 220 miles up to 290 miles, asking which one participants would select.

Although these specifications are not set in stone, we are gaining a better understanding of what market Kia is targeting with its first electric SUV.

Kia first revealed its three-row SUV at the 2021 LA Auto Show as a concept car and has built anticipation ever since. Last month, we got a closer look at what we can expect from the EV9 design (see more images here), and now we are gaining insights into its performance, prices, and range.

For $73,000, the top EV9 model comes with 240 miles range, AWD, 4,500 pounds of towing capacity, higher ground clearance with improved approach and departure angles, 21-inch black wheels, a full-length sunroof, and all the extras.

In addition, the reader said a $4,800 add-on for semiautonomous driving was offered.

Kia’s flagship SUV is set to ride on the Hyundai Motor Company’s E-GMP platform, the same one used for the popular IONIQ 5 and Kia EV6. As Kia gets closer to launch, the EV9 specs listed above are subject to change.

We reached out to Kia, and the company confirmed the survey was sent out in anticipation of the EV9 and other upcoming EVs. A spokesperson from Kia tells us, “the final specifications for EV9 are, therefore, very much in flux at this time as the launch is not until later this year.”

We’ll update you as soon as we hear more details about the EV9 launch.

Tritium to deliver 10,000 EV DC fast chargers to the UK by 2030
Porsche to design 3D-printed battery gigafactories for Sakuu