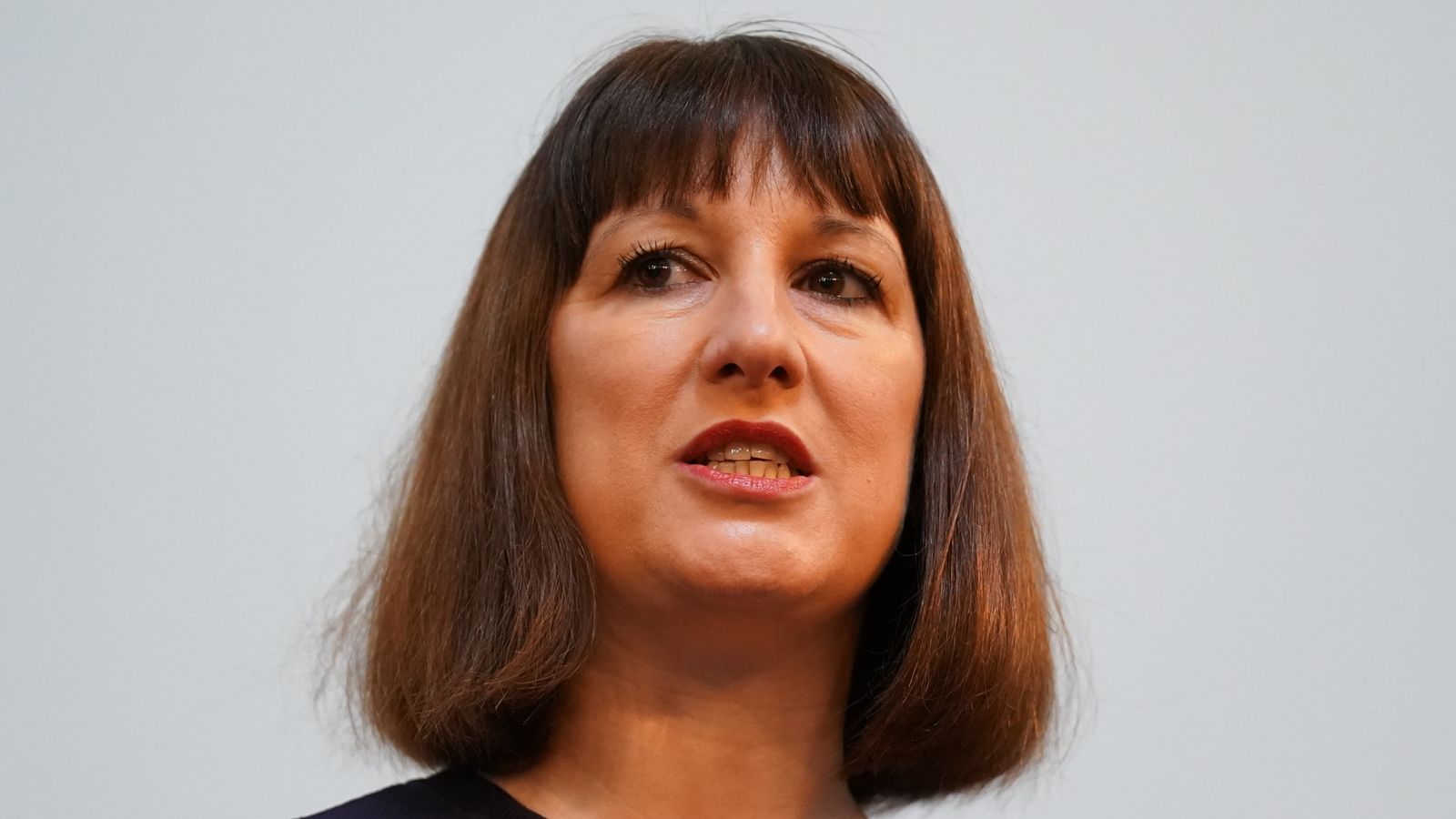 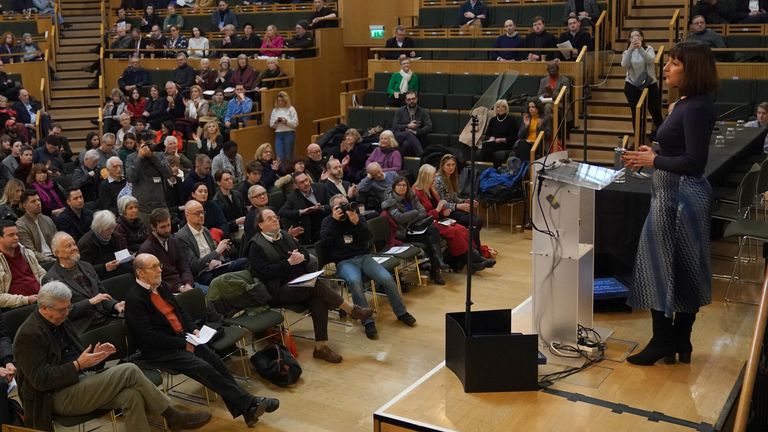 A Labour government would stop April’s energy price cap – saving households around £500 on their bills – and the forced installation of prepayment meters, the shadow chancellor has said.

Rachel Reeves told the Fabian Society conference it is a “scandal” that those with the least are forced to pay the most for their energy.

“Labour would eliminate the premium paid by those on pre-payments metres,” she said.

“And the forced installation of pre-payment meters all too often leads to the most vulnerable households going without heating entirely, so Labour is calling for a moratorium on that practice.”

She said the opposition’s plans to keep the price cap at its current level of £2,500 would “save the typical household £500 on their energy bills from April, compared to the government’s plans”.

She said her party’s plans would “prevent tomorrow’s crises” with its long-term strategy.

Ms Reeves hit back at Tory claims that the war in Ukraine was responsible for the energy crisis.

“The effects of Putin’s war have reverberated around the world, and we will not waver in our support for Ukraine,” she told the conference.

“And it wasn’t Russia’s invasion of Ukraine that closed our gas storage facilities here in Britain. Those are the consequences of a thirteen-year Tory experiment, in unilateral energy disarmament.

“And we are all paying the price.”

She went on to reject the “ideological cul-de-sacs” of those who believe there is a choice between going green and going for growth.

In her speech, Ms Reeves also mocked Prime Minister Rishi Sunak for using a jet for domestic trips and getting fined for failing to wear a seatbelt.

Lancashire Police issued a fixed penalty notice after the prime minister appeared without a belt in a clip on Instagram as he promoted his levelling-up funding in Lancashire.

It is the second time he has been fined while a member of the government and Mr Sunak is now the second serving prime minister – after Boris Johnson – to be found to have broken the law while in office.

“The prime minister has made clear his own depth of commitment to net zero this week when he chose to fly from Teesside to Blackpool on an RAF jet,” she said.

“Now I understand that the air stewards had to do the seatbelt demonstration several times before the Prime Minister finally got it.” 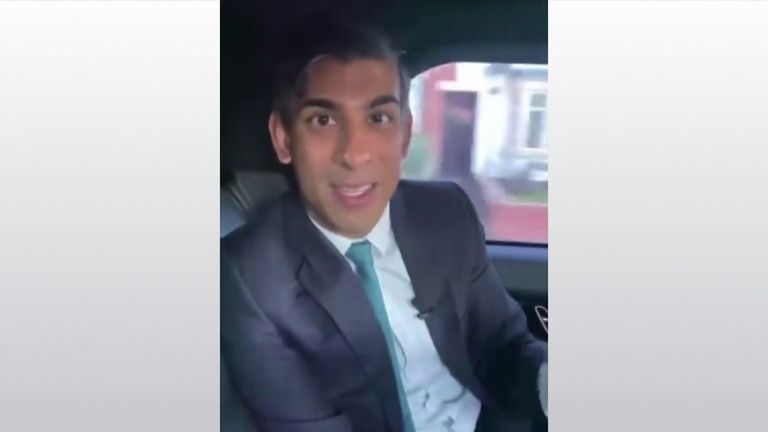 PM fined for not wearing seatbelt

Calls to dismiss Zahawi from cabinet

The criticism comes as Labour calls for Mr Sunak to dismiss Nadhim Zahawi from his cabinet after questions over the Tory chairman’s tax affairs remain unanswered.