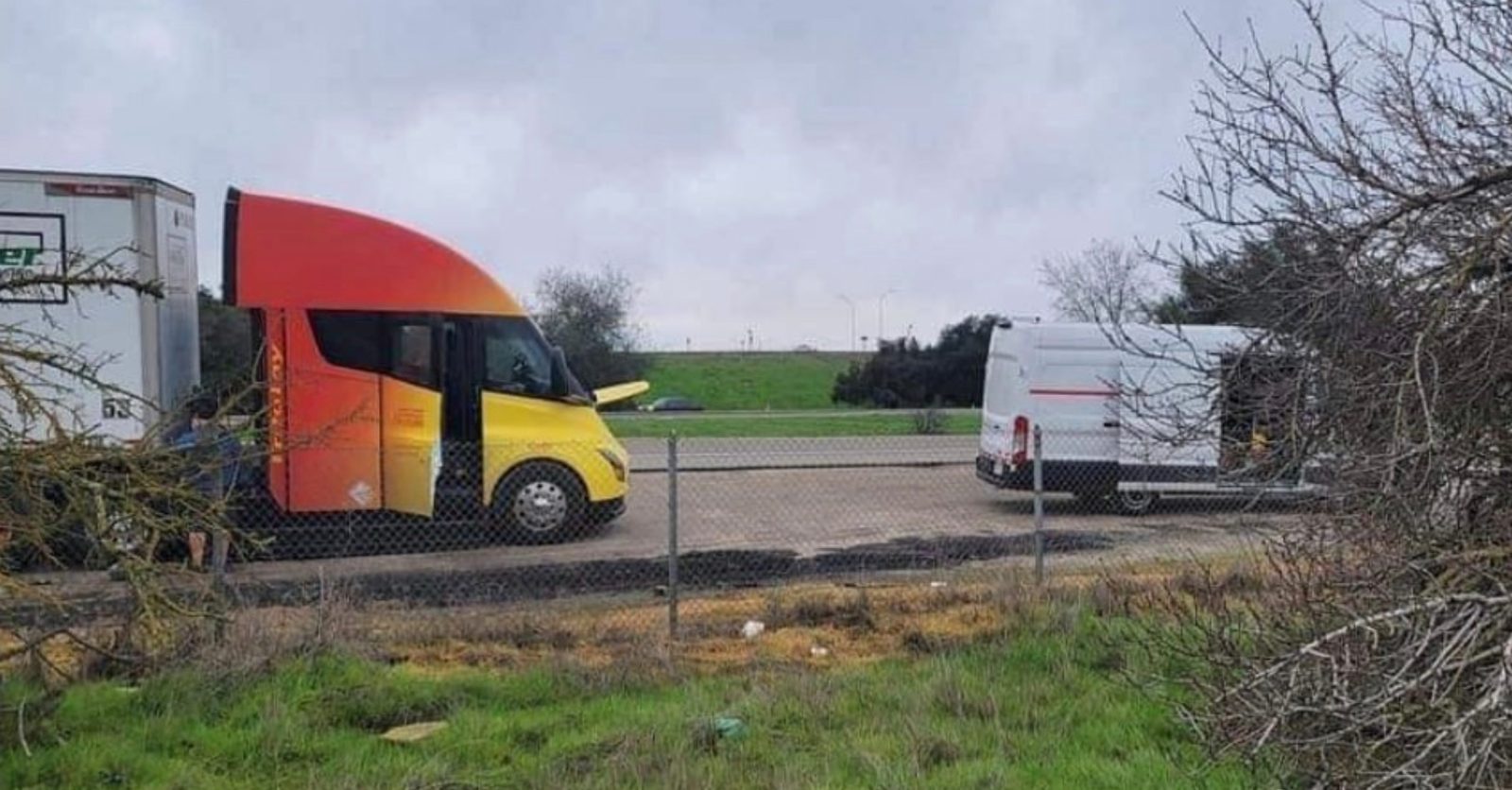 Tesla has been spotted using its mobile service fleet to try to fix a new Tesla Semi electric truck that broke down in California.

Since the deliveries to Pepsi, sightings of the electric truck on public roads have significantly increased, and one of them was even spotted being towed by another truck – leading to concerns about reliability.

As we reported at the time, it shouldn’t be a major concern for now. It is still early in the production program and some breakdowns are to be expected. Reliability is indeed extremely important for commercial trucks since they are losing money when not in the use, and therefore, it’s important to track the progress on that front. But we would need more data over a longer period of time before actually having concerns about reliability.

Now we have another data point as another Tesla Semi truck owned by PepsiCo was spotted broken down on the side of the road in Modesto, California, this week:

Interestingly, Tesla was first spotted trying to fix the truck with a mobile service technician:

Before starting deliveries of the truck in December, we reported that Tesla had already started building a team to service Tesla Semi trucks in California, including mobile technicians to go to the clients.

Obviously, I don’t share the concern of the Twitter poster who openly admits to be an investor in Hyliion, a hybrid hydrogen truck maker, which is a segment of the trucking industry that I think will get swallowed by all-electric trucks like the Tesla Semi within the next few years.

Again, I agree that it is important to keep track of these issues if they become more widespread, but so far, we have seen two broken-down Tesla Semi trucks out of a fleet of reportedly at least 36 trucks, and we are still early in the program.

Electric trucks have the potential to require less maintenance and be more reliable than trucks equipped with internal combustion engines thanks to the benefits of having fewer moving parts in an electric powertrain.

But it’s still a new technology used in semi trucks. It is going to need a period of adaption.