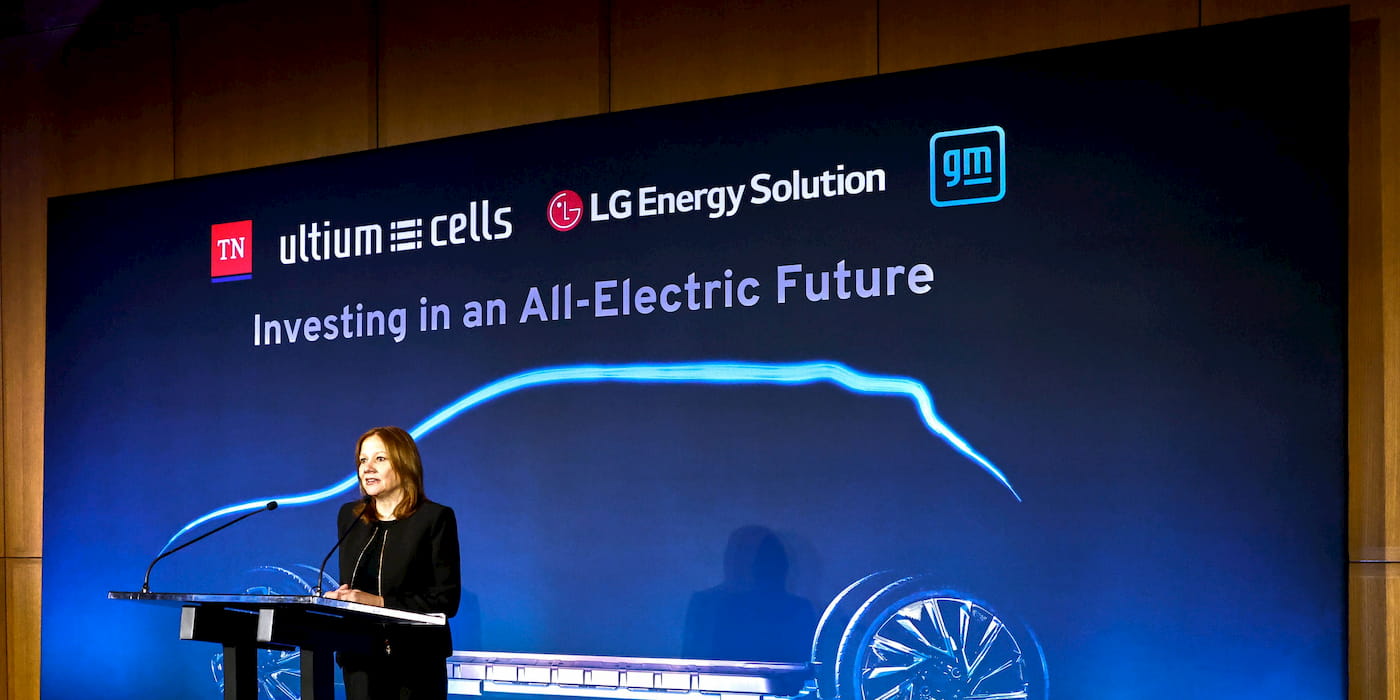 Plans for a fourth electric vehicle battery plant from the GM and LG Energy Solution partnership are on hold “indefinitely” after executives ended discussions without agreeing to move forward. The automaker is now consulting with at least one other battery supplier for its next US facility.

Ultium Cells started with a 2.8 million square foot battery factory in Warren, Ohio, the size of around 30 football fields, with over 35 GWh annual capacity. Production began at the Ohio facility in September with batteries for the Hummer EV and Cadillac Lyriq.

The joint venture then expanded its partnership, announcing a second 2.8 million square foot facility in Spring Hill, Tennesee, with production slated for late 2023. In January, Ultium Cells announced a third EV battery in Lansing, Michigan, with an expected annual capacity of 50 GWh.

Altogether, Ultium Cells expects to have over 130 GWh of EV battery cell capacity when all three plants are running at full capacity.

In August, news broke that GM and LG were considering Indiana as its fourth battery plant site, as Ultium Cells released it was looking for tax incentives in the state. According to a new report, GM is still eyeing the location, but it may be used with another battery maker.

Speaking to the Wall Street Journal, people familiar with the matter say the battery plant is on hold “indefinitely” after talks between GM and LG failed to move forward.

Although GM won’t be carrying on with LG for its fourth EV battery facility, the company is still planning to follow through with another plant, according to the sources. GM declined to comment but explained:

We’ve been very clear that our plan includes investing in a fourth U.S. cell plant.

The sources told the WSJ that plans with LG fell through due to the battery company’s rapid growth in the United States and economic uncertainty. LG is also working with Honda and Stellantis and is considering adding two more battery plants in collaboration with Hyundai.

In addition, the relationship has crumbled over certain business aspects, like the pace of scaling production. The sources said GM wanted to accelerate output, while LG did not necessarily agree.

As GM works to ramp up electric vehicle production, its relationship with LG is crucial. GM plans to use the batteries for its upcoming lineup of highly anticipated “EVs for everyone,” including a Blazer EV, Silverado EV, and Equinox EV.

For GM to reach its goal of selling 1 million electric vehicles across North America and China by 2025 and catch current EV leader Tesla, battery capacity will have to play a significant role.

The demand is there. GM has a significant backlog for several of its upcoming EVs. The challenge will be manufacturing them and getting them into customers’ hands. To do so, battery supply will be one of the most crucial aspects. Instead, GM announced Friday it’s investing nearly $1 billion in V-8 engines (the last thing we need), but that’s another story.

We’ll update you when we hear more about GM’s fourth battery plant and the Ultium Cells relationship.