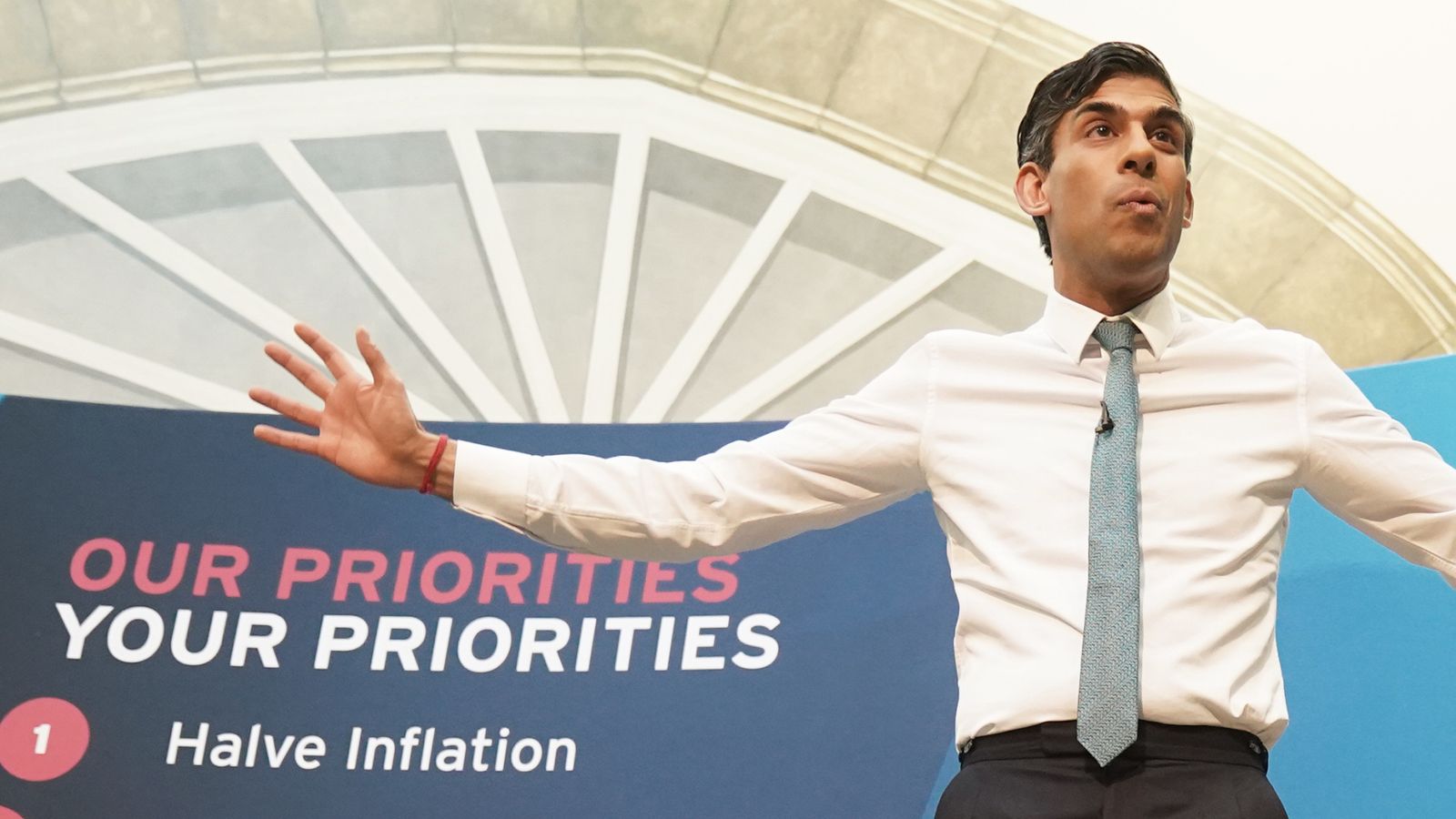 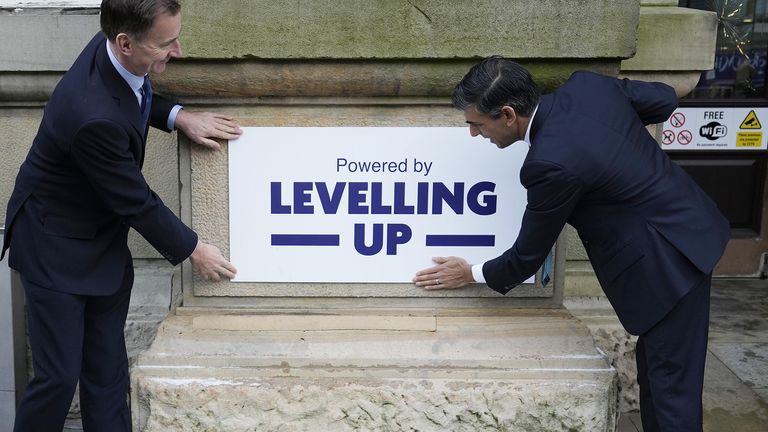 Rishi Sunak has said northern England will “disproportionately benefit” from levelling up funding as he rejected suggestions schemes have been picked to shore up support in Tory areas.

Levelling up was a key policy under former PM Boris Johnson, who said he wanted to reduce the economic imbalance between the North and South.

But as part of the latest £2.1bn of support for local projects, almost £362m will be spent in London and the South East, while £354m will go to the North West.

What is levelling up?

On a visit to Lancashire to promote the funding announcements, Mr Sunak insisted there was a “huge” difference in funding on a per capita basis, with the North West coming out on top.

“We are completely committed to levelling up across the United Kingdom,” he said.

“If you look at how we are spending this money it is disproportionately benefiting people in the North East, the North West, and that’s great.”

Mr Sunak denied the funding allocations were motivated by an attempt to shore up support in Tory seats.

It was put to him that his cabinet has more members representing Surrey than the north of England, and if this has impacted the decision-making process.

“I think around half the funding we have announced over the course of today, or both funds, has actually gone to places that are not controlled by Conservative MPs or councils,” he said.

“I don’t think anyone can say it’s being done on that basis, there’s a completely objective, transparent criteria.”

Mr Sunak also faced criticism that many deprived areas missed out on the funding, while his own Richmond constituency in North Yorkshire was awarded £19m.

The PM defended the regeneration of the Catterick Garrison high street, saying the funding would deliver the amenities needed by troops living there.

Speaking in the Commons earlier, Communities Minister Lucy Frazer said £8bn of bids were made for the funding, with around £2bn approved to 100 projects.

The £2bn allocated comes from the overall £4.8bn levelling up fund announced in 2020.

Some Conservative MPs expressed dissatisfaction at their local communities not having made the cut.

Robert Largan said he was “bitterly disappointed” that High Peak Borough Council had once again failed to secure £20m in investment.

While Conservative Mayor of the West Midlands Andy Street questioned why the majority of his region’s bids had been rejected.

“Fundamentally, this episode is just another example as to why Whitehall’s bidding and begging bowl culture is broken, and the sooner we can decentralise and move to proper fiscal devolution the better,” he said in a statement.

“The centralised system of London civil servants making local decisions is flawed and I cannot understand why the levelling up funding money was not devolved for local decision makers to decide what is best for their areas.”

Other investments granted include:

And a regional breakdown of the funding shows:

Analysis in The Times indicated 52 Tory constituencies in England benefit – more than twice as many as those represented by Labour MPs.

Mr Sunak said the money allocated would boost growth, local pride and allow people to stay closer to where they grew up without feeling the need to move to the capital.

The PM has previously faced accusations of favouritism after leaked footage emerged of him telling Tory members in Kent how as chancellor he had channelled funding away from “deprived urban areas” to “make sure areas like this are getting the funding they deserve”.

The Q&A came amid criticism for using a jet to get to Lancashire rather than relying on the train.

Mr Sunak toured Accrington market on Thursday before heading to Morecambe, where £50m will support the Eden Project North attraction.

During a walkabout on the site of the project, one passer-by shouted: “Lend us 20 quid for my heating bill, Rishi.”

But shadow communities minister Alex Norris questioned “what on earth” that criteria was.

Speaking in the Commons, he told MPs: “There’s a rock-bottom allocation for Yorkshire and the Humber, nothing for the cities of Birmingham, Nottingham and Stoke, nothing for Stonehouse in Plymouth, a community in the bottom 0.2% for economic activity.

“But money for the prime minister’s constituency, money for areas in the top quartile economically. What on earth were the objective criteria used to make these decisions?”

Shadow levelling up secretary Lisa Nandy said the fund was a “Hunger Games-style contest” which only offered a partial refund for resources stripped out of communities through austerity measures.