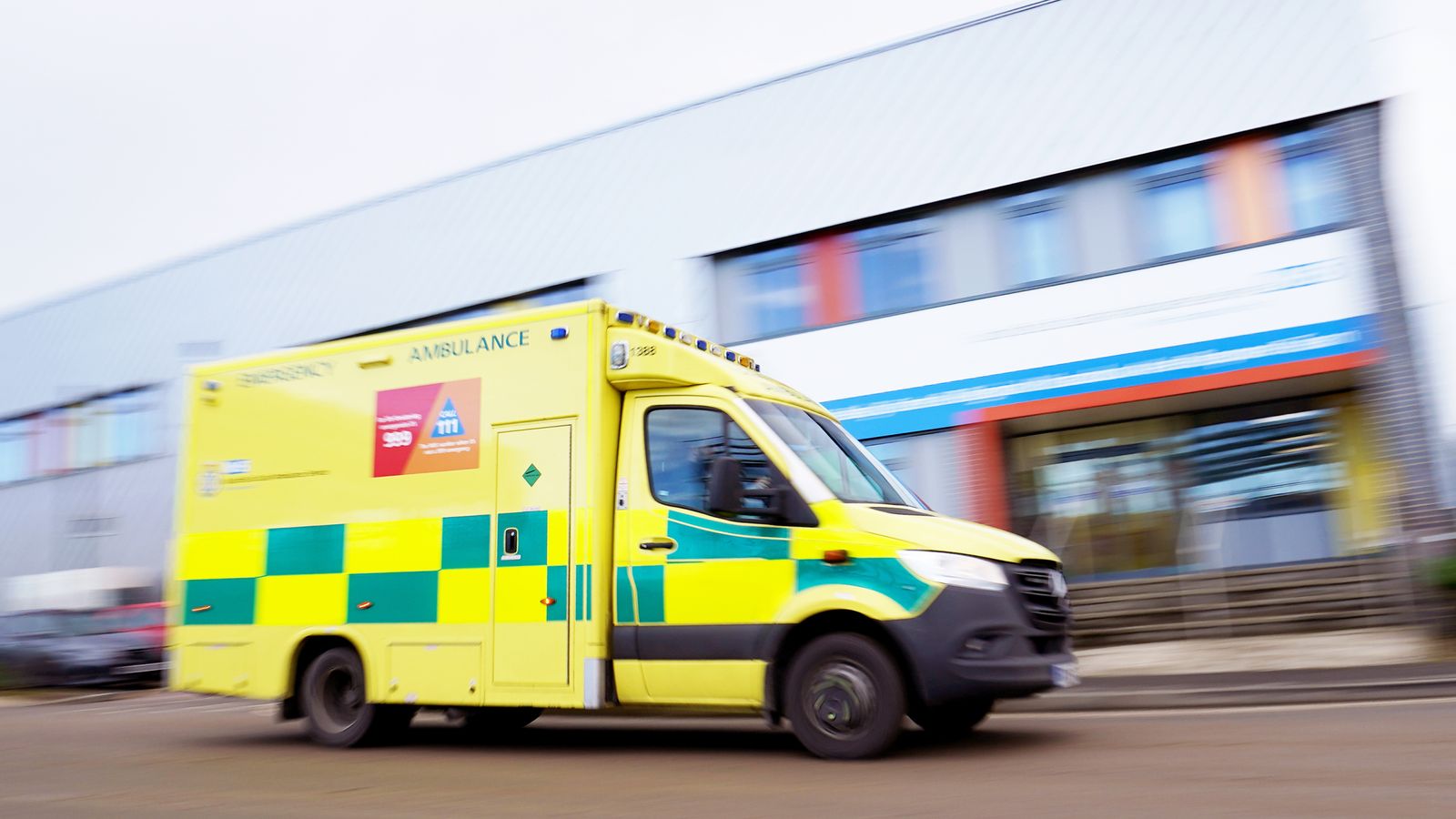 Ambulance handover delays are at their worst on record for this time of year, NHS figures show.

Almost a quarter (23%) of ambulance patients waited at least 30 minutes to be handed to A&E teams last week.

It was the lowest level the figure has been all winter, down from 36% the previous week and 44% in the week to 1 January.

One in 10 patients waited more than an hour to be handed over to A&E teams last week – also the lowest so far this winter and down week-on-week from one in 20.

Hospital bed occupancy was at the second highest level recorded this winter, with more than 19 in 20 beds occupied across general and acute hospital wards.

More than 14,000 beds were taken up by patients who no longer needed to be there – the second highest amount ever recorded and 12% higher than the same period last year.

However, the number of flu patients in hospital in England fell by more than a third in a week, suggesting the current wave of infections may have peaked.

An average of 3,447 flu patients were in hospital beds each day last week, down 35% from 5,262 during the seven days to 8 January. At this point last winter the figure stood at just 41.

It follows a surge in flu cases in the weeks before Christmas, which the UK Health Security Agency described as the worst flu season for a decade.

Some positive signs, but substantial pressure remains across NHS

There are some positive signs: marginal improvements in bed capacity and ambulance handovers and flu patients declining.

But there remains substantial pressure across the NHS.

The delayed discharge of patients is still one of the biggest challenges.

There are now more than 14,000 of these patients who are deemed medically fit for discharge. At the same time last year the number was about 12,500.

Social care leaders do not like this term and say it is misleading as many of these patients still need ongoing clinical care albeit in their own homes.

The money made available by the government to buy care beds needs to reach the front line as quickly as possible if it is to have any impact on easing the capacity crisis.

Social care leaders say the move is a short-term fix at best and the workforce crisis in social care must be addressed. There are still some 165,000 vacancies in this sector and recruitment and retention is a major issue.

Better news is the number of flu patients in hospitals is going down.

That correlates with recent flu and COVID reports that show infections since the start of the year have been declining. Hopefully this will continue giving hospitals such much-needed respite.

But pressure on emergency services continues. High demand is driving this and ambulance handovers are still reaching record levels because of issue with hospital capacity.

Professor Sir Stephen Powis, NHS England’s national medical director, said: “These figures show that the NHS remains under significant pressure, with near record highs of people in hospital who are medically fit to leave and a high number of beds occupied in hospitals across England.

“The NHS has done extensive preparation for this winter – rolling out extra beds, falls services and nationwide 24/7 control centres to track and manage demand.

“The public can also help by using the best services for their condition – 999 in an emergency and otherwise 111 online, and there is still time to getting vaccinations if eligible.”

BAFTAs 2023: All Quiet On The Western Front leads the nominations – as Irish talent also shines
Manchester Airport temporarily closes both runways due to heavy snowfall