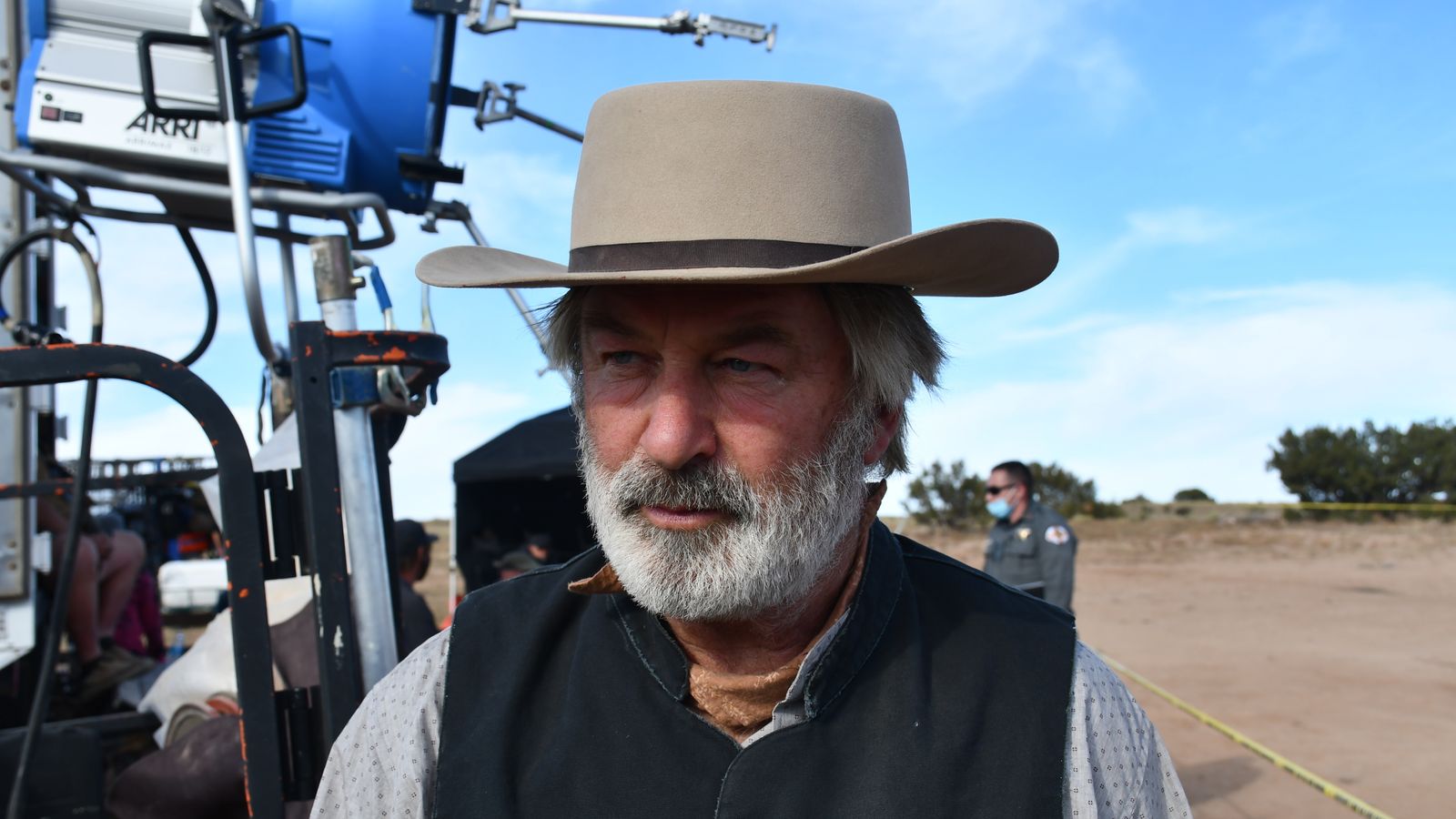 Alec Baldwin is to be charged with involuntary manslaughter over the death of cinematographer Halyna Hutchins on the set of the film Rust.

The film’s armourer Hannah Gutierrez-Reed, who was responsible for weapons on set, is also facing the same charge over the fatal shooting, while assistant director David Halls has signed a plea agreement for the charge of negligent use of a deadly weapon.

Hutchins died after a prop gun held by Baldwin was discharged during rehearsals for the western film in October 2021. Director Joel Souza was also wounded in the incident on the Bonanza Creek Ranch set in Santa Fe, New Mexico.

Announcing the decision to file criminal charges, Santa Fe’s district attorney Mary Carmack-Altwies said in a statement: “After a thorough review of the evidence and the laws of the state of New Mexico, I have determined that there is sufficient evidence to file criminal charges against Alec Baldwin and other members of the Rust film crew. On my watch, no one is above the law, and everyone deserves justice.”

Ms Carmack-Altwies had been granted additional funding of $317,750 (about £282,900) to investigate the high-profile case. She announced the decision on criminal charges along with special prosecutor Andrea Reeb, coming about three months after they received the final report on the incident from the Santa Fe sheriff’s office.

The first charge can be referred to simply as involuntary manslaughter, the prosecutors said. For this charge to be proved there must be underlying negligence. Under New Mexico law, involuntary manslaughter is a fourth-degree felony punishable by up to 18 months in jail and a $5,000 fine (about £4,040). This charge also includes the misdemeanour charge of negligent use of a firearm.

The other charge is involuntary manslaughter in the commission of a lawful act, which requires proof that there was more than simple negligence involved. This is also a fourth-degree felony punishable by up to 18 months in jail and up to a $5,000 fine. Prosecutors said the charge includes a firearm enhancement – or added mandatory penalty – because a firearm was involved, which makes the crime punishable by a mandatory five years in jail.

“If any one of these three people – Alec Baldwin, Hannah Gutierrez-Reed or David Halls – had done their job, Halyna Hutchins would be alive today. It’s that simple,” Ms Reeb said in a statement. “The evidence clearly shows a pattern of criminal disregard for safety on the Rust film set. In New Mexico, there is no room for film sets that don’t take our state’s commitment to gun safety and public safety seriously.”

Baldwin has declined to comment on the announcement over charges, according to Sky News US affiliate NBC.

In the statement issued on behalf of Hutchins’ family, lawyer Brian J Panish said: “We want to thank the Santa Fe sheriff and the district attorney for concluding their thorough investigation and determining that charges for involuntary manslaughter are warranted for the killing of Halyna Hutchins with conscious disregard for human life.

“Our independent investigation also supports charges are warranted. It is a comfort to the family that, in New Mexico, no one is above the law. We support the charges, will fully cooperate with this prosecution, and fervently hope the justice system works to protect the public and hold accountable those who break the law.”

Ms Carmack-Altwies and Ms Reeb will formally file charges before the end of January. Following the filing, each defendant will be issued a summons to make a first appearance to a court, either in person or virtually.

The announcement on criminal charges comes three months after Baldwin and the Rust production company reached a settlement for an undisclosed amount with Hutchins’ family after a wrongful death lawsuit filed by her husband Matthew, and announced that production of the film would resume this year.

A number of other lawsuits have also been filed in relation to the shooting.