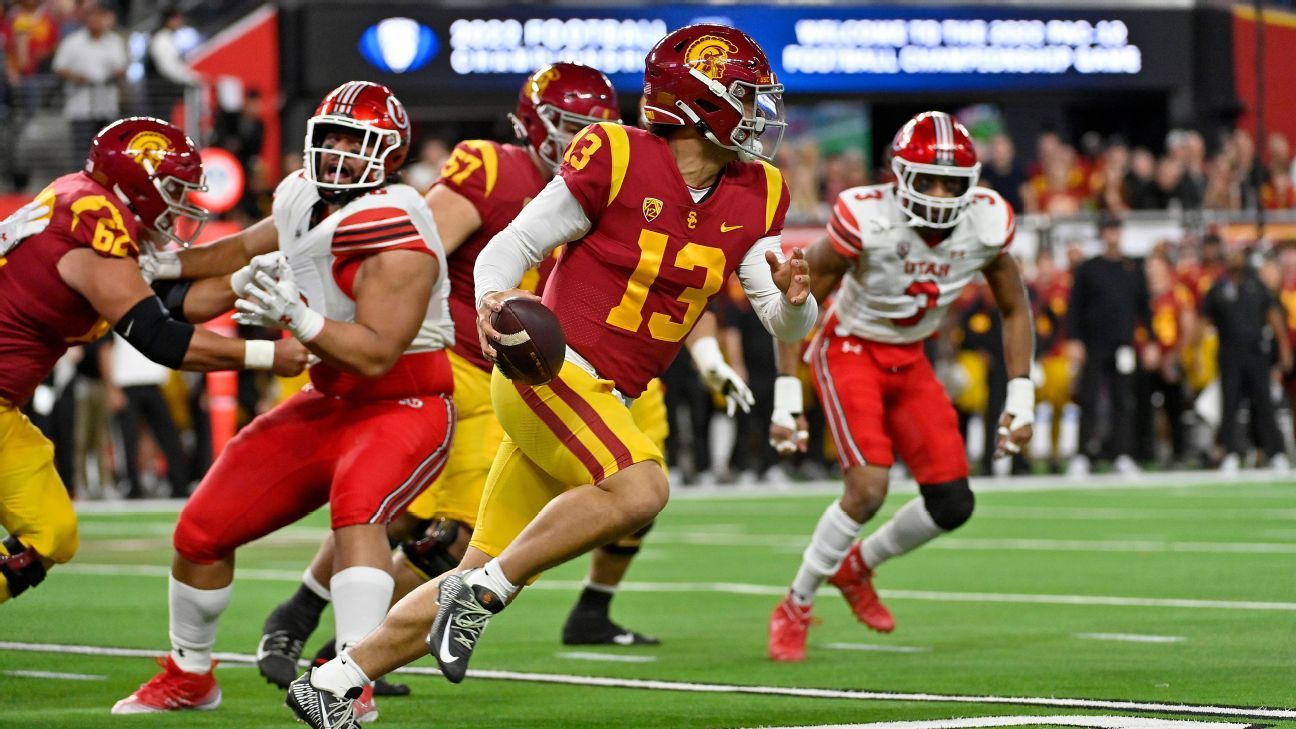 The final weekend of the college football season is here and the stakes in the games could not be higher.

There is legitimate College Football Playoff drama. The top four teams in the ranking have one more game to secure or solidify their spots and two powerhouses are lurking to potentially leap into the semifinals.

The No. 1 Georgia Bulldogs play the No. 14 LSU Tigers in the SEC title game. The No. 2 Michigan Wolverines face the Purdue Boilermakers for the Big Ten crown. The No. 3 TCU Horned Frogs meet the No. 10 Kansas State Wildcats in the Big 12 championship and the No. 4 USC Trojans go against the No. 11 Utah Utes for the Pac-12 title.

The Bulldogs are likely locked into a spot no matter what happens in Atlanta. Any other slip-ups, however, would put the No. 5 Ohio State Buckeyes and the No. 6 Alabama Crimson Tide back in the mix.

Three of the top five players in ESPN’s Heisman Trophy poll will be in action. USC quarterback Caleb Williams, the current betting favorite to win the award, starts the action Friday night. In his first meeting against the Utes, he threw for 381 yards and five touchdowns. However, the Trojans suffered their lone loss of the season in that game. The matchup Friday in Las Vegas could be a chance at revenge and another Heisman moment for Williams.

Here are the top plays, biggest moments and playoff takeaways from championship weekend.

Utah kicked a field goal on its first drive, but USC rolled right back down the field. Williams made several defenders miss on a 59-yard run then found Raleek Brown for a 3-yard score.

.@CALEBcsw connects with @raleek2 for Williams’ 2nd passing touchdown of the first quarter!

A big play set up USC’s first score. On the 75-yard scoring drive, Williams accounted for 70 of those yards.

.@CALEBcsw hits @tahj_washington for the Trojans’ first score of the day!

Some @uscfb legends checking in to support! ✌️ pic.twitter.com/kj8z3Yvz34

All roads have led to this 🏆✌️ pic.twitter.com/GjtBQ44C09

‘I want my number called on’: Will Shipley is the constant Clemson needs
Jacob deGrom to the Rangers!? Texas goes bold, but can this signing actually work?