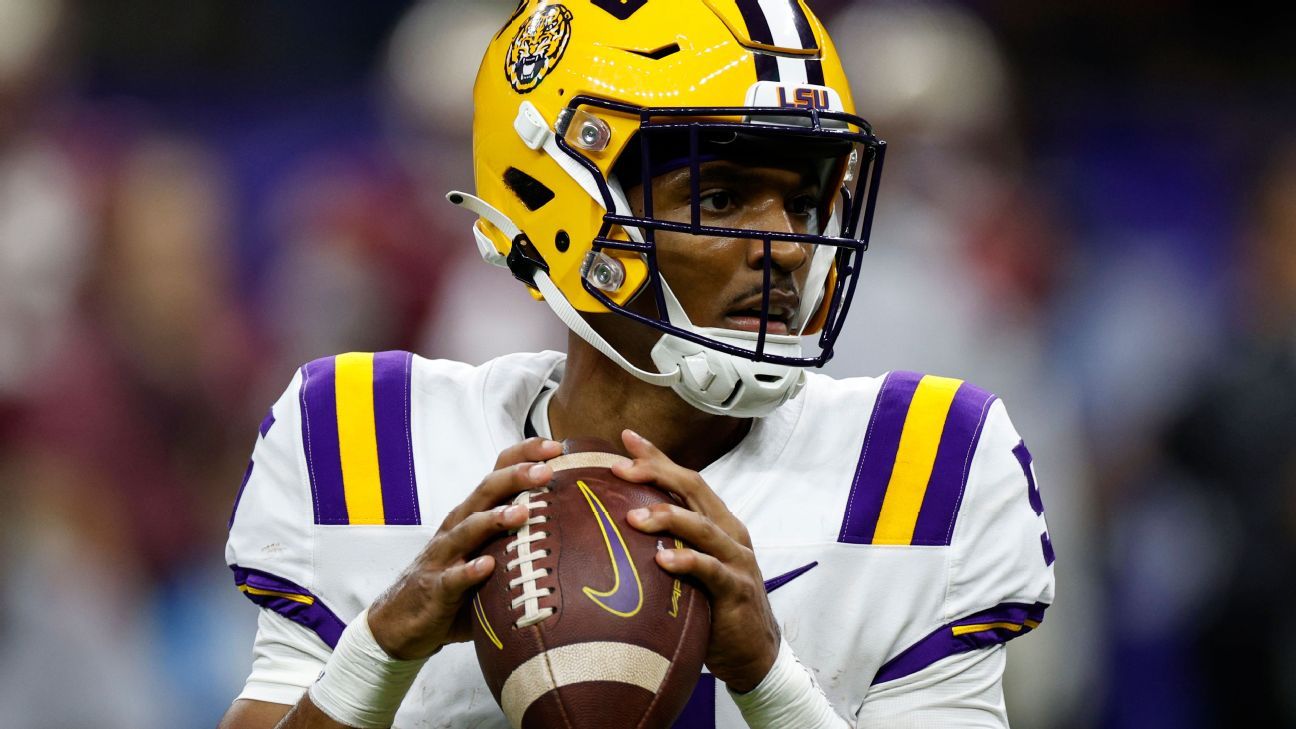 LSU quarterback Jayden Daniels, who sprained his ankle during a loss to Texas A&M last weekend, is expected to play Saturday against Georgia in the SEC championship game.

“He’s had a good week of practice and will play for us on Saturday,” he said.

Daniels, a junior and transfer from Arizona State, has thrown 15 touchdowns and two interceptions this season.

A dual-threat athlete, he’s run for 824 yards and 11 touchdowns.

When Daniels was sidelined against Texas A&M, second-year quarterback Garrett Nussmeier came off the bench.

Despite being hobbled, Daniels returned and finished the game.

Kelly also said Thursday that Josh Williams, who leads all LSU running backs in rushing yards (481) this season, is back to looking like himself after missing the last two games with a leg injury.

“Yesterday was really the first time where I felt like, ‘OK, we’ve got Josh back to where he needs to be to be confident and effective,'” Kelly said.

Cornerback Jarrick Bernard-Converse cleared concussion protocol, Kelly said, and “is going to play an important role for us as well.”