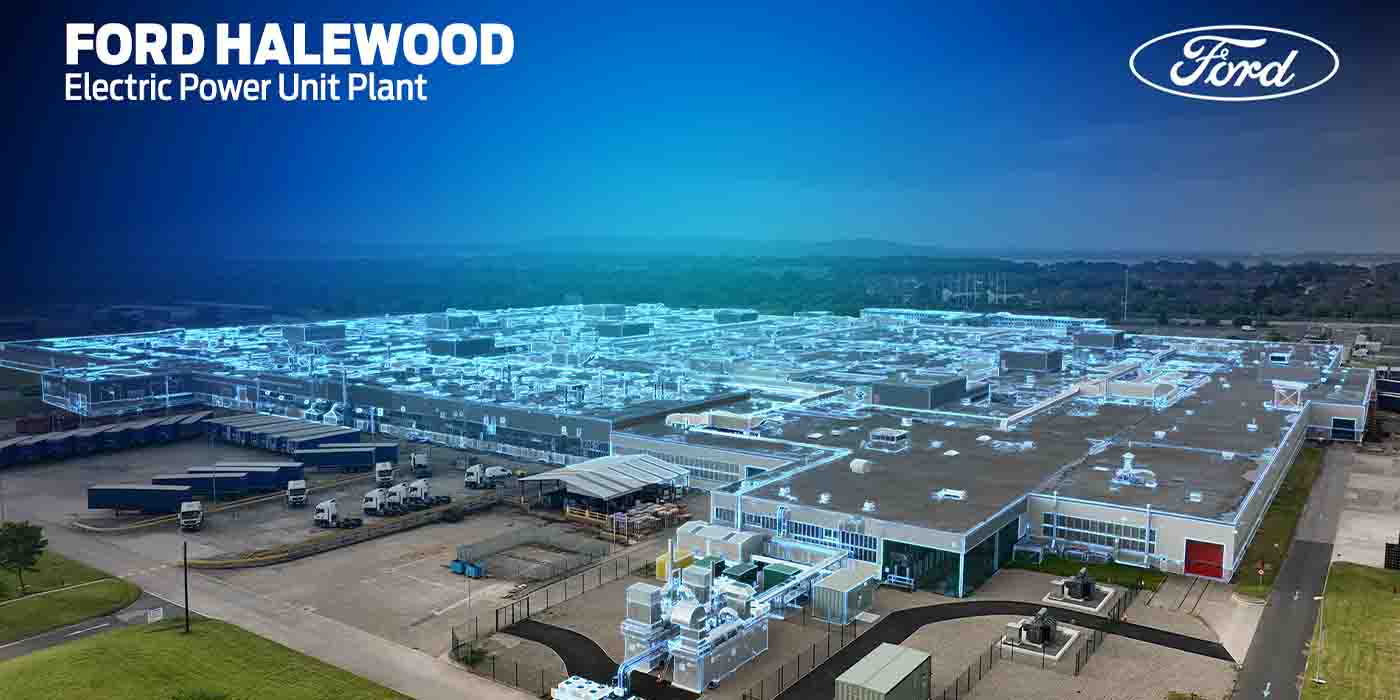 Ford Motor Company announced plans to invest an additional $180 million in its Halewood EV powertrain facility in northern England. As the American automaker looks to go all-electric overseas by 2030, the fresh fund will help bolster the plants output by 70%, which should in turn supply powertrains to a large majority of European Ford models by 2026.

As a globally recognized automaker, Ford has been quite proactive in its transition to becoming an all-electric automotive brand. Its Mustang Mach-E has found great success in multiple markets, while its F-150 Lightning pickup continues to roll out in the US amid years of backlogged orders.

Even thought the American automaker only has a few EV models on the current market, its intentions to deliver many more have been quite public. Although we may not know what we will see from Ford next or when, we have seen plenty of evidence of the company gearing up EV component production behind the scenes.

In October, Ford announced a $280 million investment to transform its Halewood transmission facility to instead build electric power units for future European Ford passenger and commercial EVs. Production of those components is scheduled to begin in 2024. However, Ford has just announced an additional investment in Halewood to further support European EVs.

Ford shared news of its additional investment in Halewood via a press release this morning, which will include another $180 million to provide EV powertrains to 70% of European Ford models by 2026. Ford states the additional funding will increase annual production at the plant to 420,000 units per year, up from 250,000 previously (about 70%).

The investment also helps secure the jobs of over 500 employees at Halewood who will soon assist in EV component assembly for the European market. Ford’s European Industrial Operations vice-president Kieran Cahill spoke:

Ford is a global American brand, woven into the fabric of Europe for more than 100 years and a major employer here at Halewood for almost 60 years. Our vision in Europe is to build a thriving business, by extending leadership in commercial vehicles and through the electrification of our car range. Halewood is playing a critical part as our first in-house investment in EV component manufacturing in Europe.

Ford’s investment in Halewood is also its first in-house funding toward European electric vehicle component manufacturing and will support the company’s goal of delivering 2 million EVs around the globe by 2026.