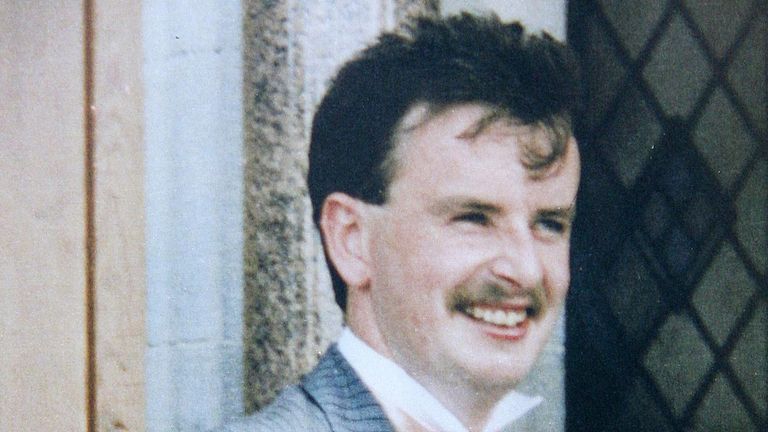 A former British soldier has been found guilty of the manslaughter of a Catholic man shot dead in Northern Ireland in 1988 during the Troubles.

David Holden becomes the first ex-soldier to be convicted of a historial offence since the Good Friday Agreement.

Now aged 52, he was serving with the Grenadier Guards when a bullet discharged from his gun killed Aidan McAnespie in County Tyrone 34 years ago.

The unarmed 23-year-old was shot in the back after walking through a military checkpoint near Aughnacloy, en route to a Gaelic football match.

Mr Holden, who was 18 years old at the time, denied the charge of gross negligent manslaughter during his non-jury trial at Belfast Crown Court.

He claimed the shooting was “accidental” because his hands were wet and that his finger had only been on the trigger for “seconds”.

Acknowledging that three rounds were fired, he said he did not know if anyone had been struck because he could no longer see Mr McAnespie.

Mr Holden confirmed that he had checked Mr McAnespie’s car registration and identified him as a “person of interest” to the security forces.

In his closing submission, Crown counsel Ciaran Murphy QC said: “The one person he was aware of and in whom he had an interest was Aidan McAnespie.

“Of all the areas he could have struck with a ricochet or otherwise, he managed to strike the very target of his surveillance.”

Defence counsel Frank O’Donoghue QC replied that Mr Holden had given a clear account at the time which “could not be disproved and it was not a lying account”.

He claimed there was reasonable probability that the weapon was mistakenly left in a cocked position by a third party and not Mr Holden.

To date, six former soldiers have been charged with historical offences in Northern Ireland but cases against four collapsed and one died while on trial.

Last year, the UK government introduced a bill to address the legacy of the troubles and effectively end the historical prosecution of former British soldiers.

Under the legislation, those who co-operate with investigations led by a new truth recovery body would be granted immunity from prosecution.

But the legislation, offering a conditional amnesty to both former soldiers and former terrorists has been fiercely opposed by all victims.

On Wednesday, the government confirmed it will bring forward amendments, including a “more robust process” around immunity from prosecution.