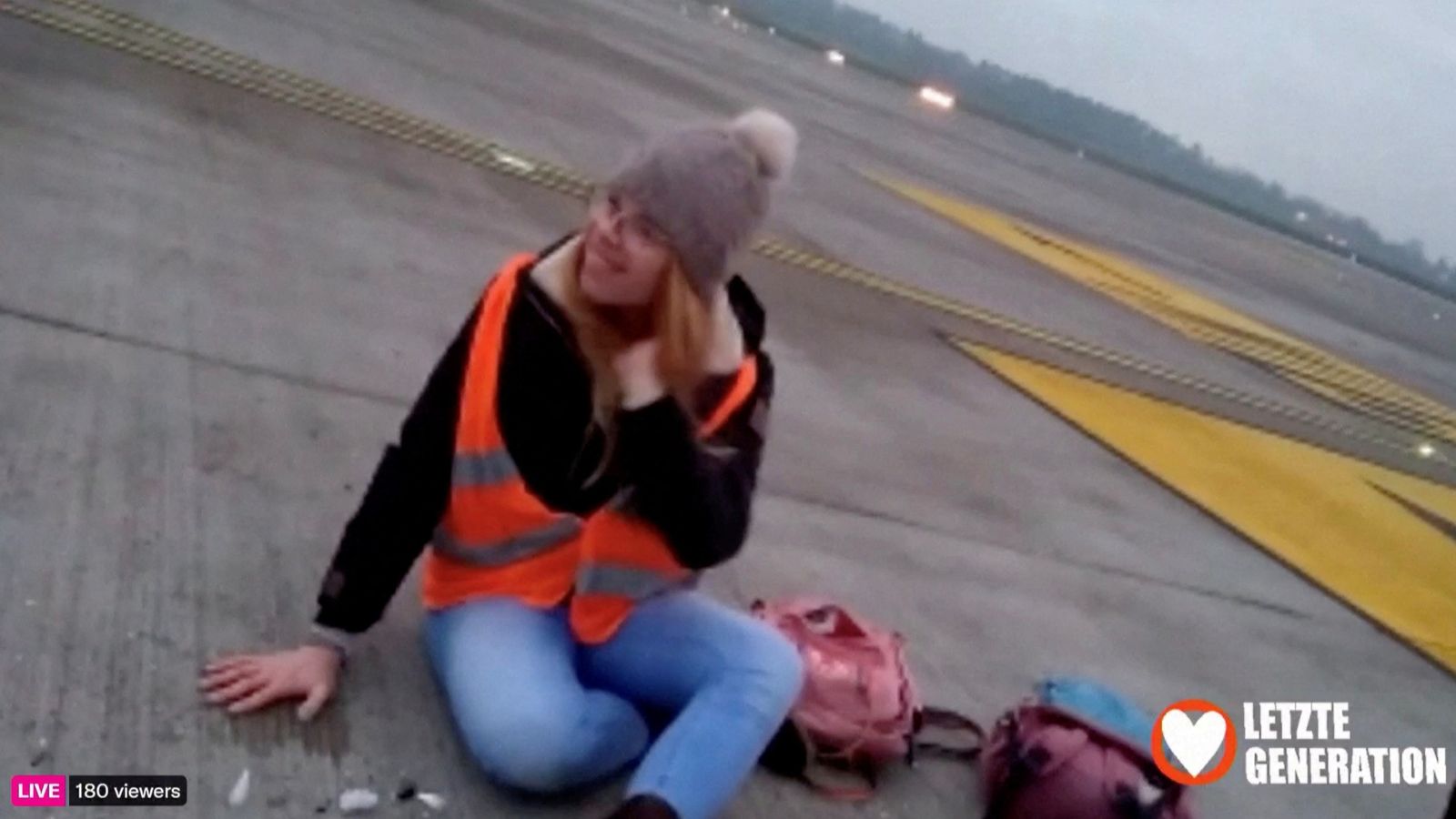 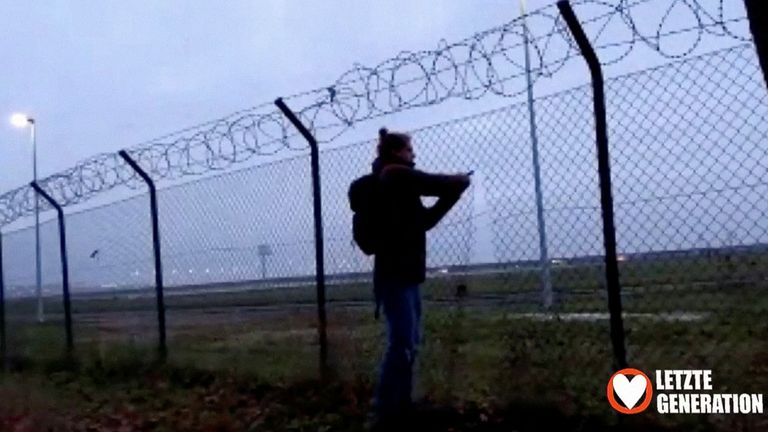 Climate protesters broke on to a runway in Berlin’s Brandenburg Airport and glued themselves to the tarmac, causing its temporary closure and delays to flights.

Berlin police said they encountered “several people” in an area not open to the public, after activists gained unauthorised access, with some gluing themselves to the ground.

Activists from the Last Generation environmental group, who say a 70-year-old man was among those involved, were also seen riding bicycles across the shunting area – bringing air traffic to a standstill.

Video footage shows members of the group climbing through a wire fence that had been cut to access the runway.

The group called on the public to stop travelling by air and on the government to stop subsidising it.

Last Generation said in a statement: “The plane is not a means of transport for ordinary people. Most people – around 80% – have never flown.

“One affluent percent of the population is responsible for around half of flight-related greenhouse gas emissions”.

The airport said flights were resuming with some delays after it was forced to close its runways.

A spokesperson for the airport said the activists had entered from two points in the north and south, and police had detained them. They added that they could not say how many flights were affected.

Flight tracking website FlightRadar24 showed some aircraft that were originally heading to the airport changed their route.

Michael Hassemer, a judge at the Rhineland-Palatinate Constitutional Court, said he considered the resistance of the Last Generation justified by climate emergency.

He said: “The consequences for humanity of failing to take climate protection measures are in any case so serious that legal impairments through protest are justified to a certain extent by emergency and are therefore acceptable.”

Some 13 flights had been diverted to airports in the eastern state Saxony by 5pm GMT, RBB broadcaster reported, citing Mitteldeutsche Flughafen AG, the company that operates the airports in Dresden and Leipzig.

The protest, the latest by climate activists in Germany, also urged the government to expand cheap train travel offers.